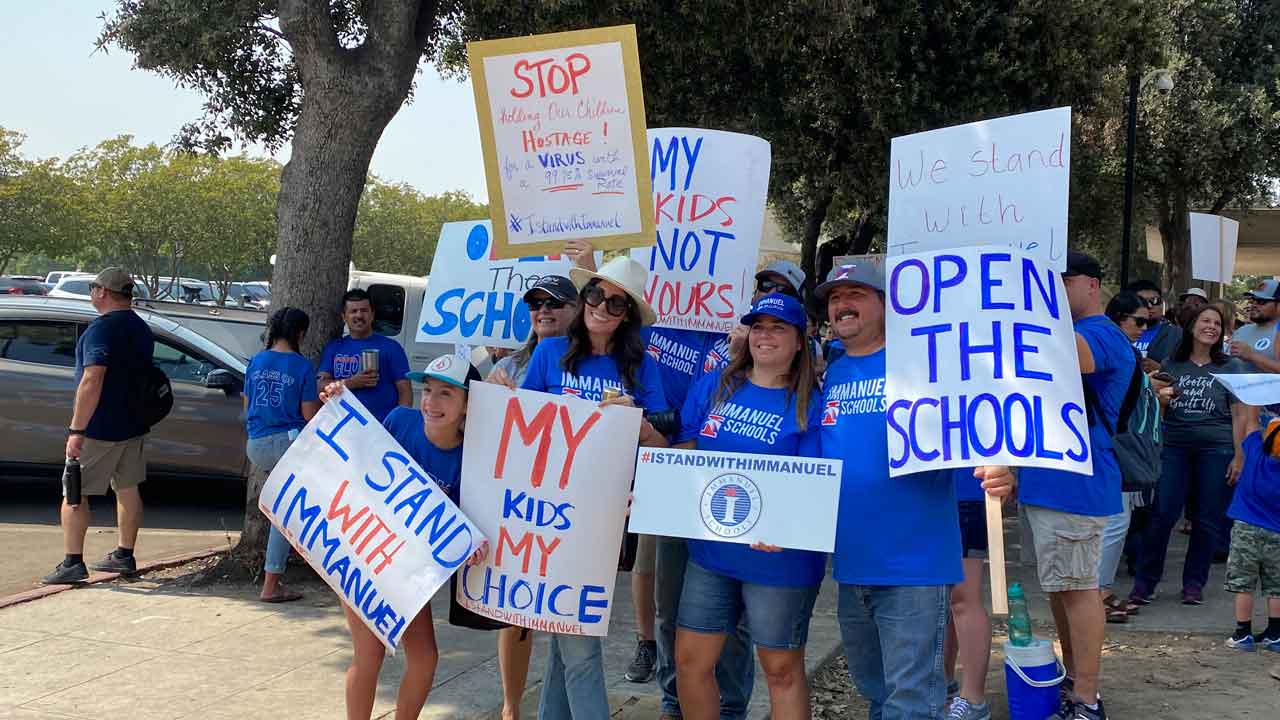 Pandemonium broke out in front of the B.F. Sisk Courthouse in downtown Fresno, after hundreds of supporters of Immanuel Schools learned that a judge ruled the private school can remain open.

While only a fraction remained for the result than showed up earlier in the day, parents, students and other Immanuel boosters broke out in a rendition of “Amazing Grace.”

For now, Immanuel Schools in Reedley is allowed to continue face-to-face instruction on its campus.

The county followed with a request for a temporary restraining order and preliminary injunction.

“The county must make an affirmative factual showing and a declaration pertaining competent testimony based on personal knowledge of irreparable harm, immediate danger or any other steps or a basis for granting relief again on an ex parte basis. The court finds that the county has not made that showing thus far and it denies the issuance of a temporary restraining order,” Judge D. Tyler Tharpe ruled from the bench.

The case will return to Tharpe’s courtroom on Sept. 15 to decide on the county’s injunction request. There is also a pending case headed to the state Supreme Court that could alter Immanuel’s fate.

Immanuel superintendent Ryan Wood, also named in the county’s court action, was elated with the result.

“God is Greater’ is our theme for this year and we will continue to put our trust in Him above all else. We are humbled by the many people who have been praying and supporting our efforts to have students learning on campus,” Wood said in an email statement.

“We have seen first-hand the importance of having school on campus based on the excitement of our students and communication with our families, while also not having a single COVID related illness.

The full statement can be read here. “It’s disappointing, but it’s, you know, with what was dropped on us this morning in terms of 450 pages of materials from the defendants, what the court found … if you notice what his ruling was, it was limited to the not showing him irreparable harm,” Cederborg said. “It doesn’t show anything about the merits of the case.”

“I think he was impressed with the schools’ opening plan which the county had not seen until they dropped it in the 400 pages this morning,” Cederborg said.

The four-page plan calls for hand sanitizers in all classrooms, masks and gloves optional and daily temperature checks among other protocols. The document can be viewed here.

Two Fresno County supervisors were pleased with the decision.

Buddy Mendes, whose district covers the school in Reedley, expects this won’t be the last of it.

“I’m happy for them. A way to get this thing settles is to hear it in court,” Mendes said. Rally in Support of Immanuel

Prior to the rally, hundreds gathered in front of the Sisk Courthouse for a rally in support of Immanuel staying open.

“We need to get our kids in school. I think it’s super important that parents have a choice that they can put their school kids in school or not,”  Katrina Bartel, who has three children attend Immanuel said.

“It’s a great victory for the parents.We are so pleased that the parents have a right to choose. That’s why we are here, for our children,” said parent Maribel Sorenson. 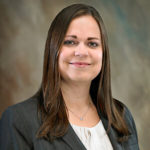 “I don’t know how the county can show that there is irreparable harm is going to be done in the community when there’s been scientific testing that is done stating that herd immunity has been seen by the community at Immanuel.” — Jennifer Bursch, Immanuel Schools attorney

Cederborg argued that state and local emergency declarations gave the health director the power to act in the best interest of public health.

“The government has broad power in a public health emergency, such as the current COVID-19 pandemic, to take the steps needed to stop the spread of a
communicable disease,” Cederborg wrote.

In a 414-page court filing on behalf of the school, a doctor attested to the fact that the school has reached herd immunity.

The school’s attorney, Jennifer Bursch of the Tyler & Bursch firm in Murrieta, argued in court that there was not a threat to spread COVID within the community.

In a declaration, Dr. Paul Atmajian said he tested 198 individuals on Aug. 4, with 59% showing positive antibodies for COVID-19.

“I don’t know how the county can show that there is irreparable harm is going to be done in the community when there’s been scientific testing that is done stating that herd immunity has been seen by the community at Immanuel,” Bursch said in court.

Cederborg expressed his doubts in the validity of antibody — also known as serology — testing.

Everyone in court acknowledged that the pending case in front of the state Supreme Court, Immanuel Schools v. Newsom, may take precedence.

Bursch’s firm is representing Immanuel and several other plaintiffs in that case, including Clovis Christian School. The state is expected to file its arguments by Friday.

COVID-19 Tests Will Now Be Required for Nursing Home Staff