Need a Mani-Pedi? Clovis Nail Spa Is Open and Braving the Heat 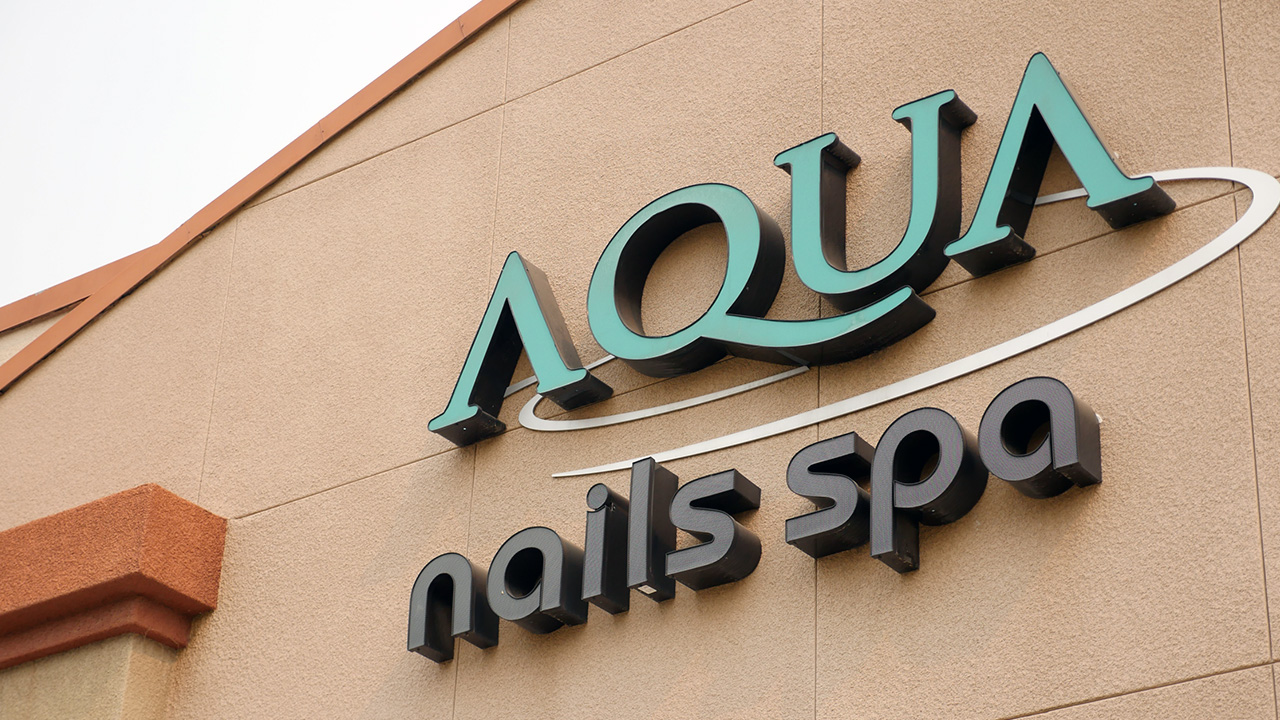 Fighting the bad air quality and heatwave didn’t stop dozens of customers from getting their nails done Thursday morning in Clovis.

When GV Wire℠ arrived at Aqua Nails Spa at Shaw and Sunnyside avenues, customers filled the chairs, feet filled the tubs, and employee energy radiated throughout the scene.

The state allows some banned indoor services to be performed outdoors such as nails, waxing, facials, and massages.

Indoor operations won’t resume until Fresno County gets off the state’s COVID-19  watch list. Recently, San Diego and Placer counties exited the list — giving hope to those not meeting the state’s infection metrics. 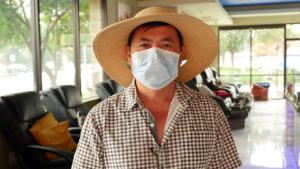 “We will do whatever is necessary. Our employees want to work. They don’t want to stay home and collect unemployment.” — Homes Vu, manager of Aqua Nails Spa

Aqua Nails Spa has two Clovis locations: at Herndon and Fowler avenues, and next to the Sierra Vista Mall.

When we began our interview with Manager Homes Vu, we got the elephant in the room out of the way.

His salon has tried to take advantage of cooler morning temperatures by opening as early as 7:30 a.m. Vu closes the shop between 3 and 4 p.m. when temperatures hit 100 degrees. If the thermometer stays below 100, he stays open until 7 or 8 o’clock at night.

He has 20 of his 50 employees working at the moment due to social distancing and the inability to operate indoors. The other 30 employees are on unemployment, he said.

Vu looks forward bringing everyone back onto the payroll: “This is the only thing they know how to do because their English skills are very limited.”

The Getting Ready Process

Operating a salon outdoors is a chore.

“The biggest problem we have is taking the water in and out of the salon,” Vu said.

He bought and installed pumps to help with the process and says his customers are empathetic and patient.

“They know how hard it is for us to carry the water.”

The furniture has to be brought in and out daily. The same goes for the tent structures. Chairs are socially distanced after being sanitized every time they’re touched.

Vu says the laborious process wouldn’t have to happen if he could open his doors to customers.

But, “we will do whatever is necessary,” he said. “Our employees want to work. They don’t want to stay home and collect unemployment.”

Related Story: ‘I Have to Fight’: Fresno Salon Owner Opens Doors in Defiance of State

“We are probably one of the salons that’s very visible,” he said. “They see our tent and the employees outside working hard.”

He says there are a few other nail salons open, but they don’t have the patio space and prime location that he does.

How Long Before Indoor Services Resume?

When Vu first opened outdoors, a state representative gave him a list of 50 steps to operate safely. Vu said that he hasn’t had any problems.

“I ask the governor to re-think (his position) and allow us to reopen indoors. We really need to keep working. It’s a mental issue for all the workers and technicians.” — Lui Nguyen, president of the Sacramento Nail Association

As for when they might be able to open inside again?

“We have no idea. We’ve heard rumors that we’ll be open (inside) in about three weeks. But in California, I don’t know,” he said.

“Since the governor and the state of California has allowed nail salons to operate outdoors, I’ve personally called 24 nail salon owners and only one is operating outdoors,” said Tam Nguyen, president of Advanced Beauty College and co-founder of Nailing It for America, which is advocating for nail salons to reopen.

Nguyen said operating outdoors presents too many obstacles for most salons.

“It’s complicated because everything is mobile. It’s not set up as in the store, so we have to buy a tent. We have to move all the furniture to serve the customer,” said Tuyen Phan, the owner of Ritz Nails in Tustin.

ABC7 reported that some salon owners have gone out of business.

“I ask the governor to re-think (his position) and allow us to reopen indoors. We really need to keep working. It’s a mental issue for all the workers and technicians,” Nguyen said.