A pilot battling the Hills Fire about nine miles south of Coalinga died when a helicopter crashed Wednesday morning.

The Bell UH-1H helicopter was on a water-dropping mission on the Hills Fire, Cal Fire officials said.

The pilot was the only one on board.

A pilot has died after his firefighting helicopter crashed this morning while battling the Hills Fire in Central California, officials say https://t.co/8GI4QLdA42 pic.twitter.com/VE9c16sWIj

The Fresno Sheriff’s office was called shortly after 11 a.m. to assist in recovering the pilot’s body.

The crash caused a new 20-acre fire to break out, authorities said, but it is expected to spread into the main fire.

CNN reported that the FAA and the National Transportation Safety Board are investigating the crash.

On Wednesday morning, Cal Fire said the Hills Fire was 1,500 acres and 35% contained. 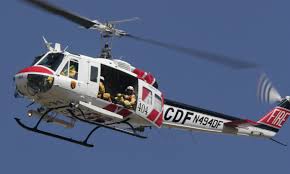 The helicopter crash happened on a day when fire crews were spread thin throughout California.

At least 367 fires, mostly in Northern California, were sparked by nearly 11,000 lightning strikes on Sunday, according to Cal Fire.

“We are experiencing fires the likes of which we haven’t seen in many, many years,” Gov. Gavin Newsom said.

The fires come as the state endures a heatwave, electricity shortages, and the COVID-19 pandemic.

“My recommendation is that all the citizens in California be ready to go if there is a wildfire,” Cal Fire spokeswoman Lynnette Round said. “Residents have to have their bags packed up with your nose facing out your driveway so you can leave quickly. Everybody should be ready to go, especially if you’re in a wildfire area.” 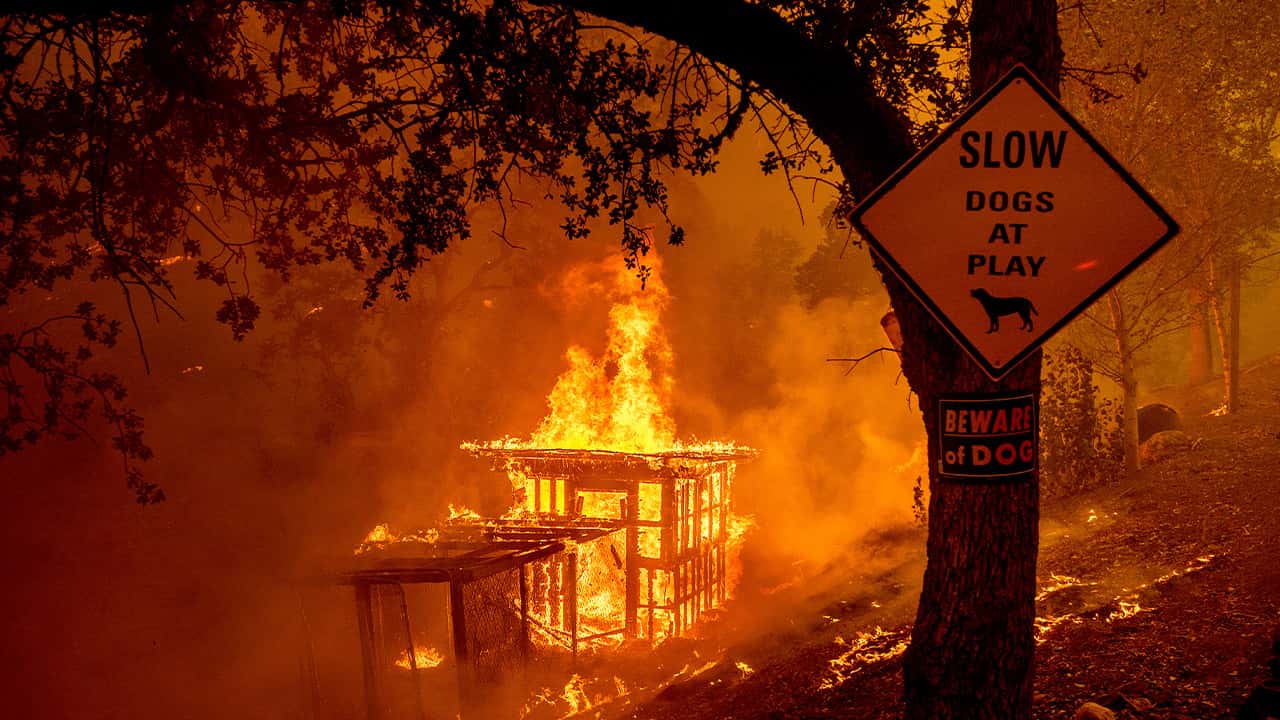 An outbuilding burns as the LNU Lightning Complex fires tear through the Spanish Flat area of unincorporated Napa County on Tuesday, Aug. 18, 2020. Fire crews across the region scrambled to contain dozens of wildfires sparked by lightning strikes as a statewide heatwave continues. (AP Photo/Noah Berger)

A strike team is comprised of five paramedic ambulances and a supervisor.

Members from American Ambulance in Fresno and Kingsburg Fire Ambulance made up one team. It was dispatched to Napa County.