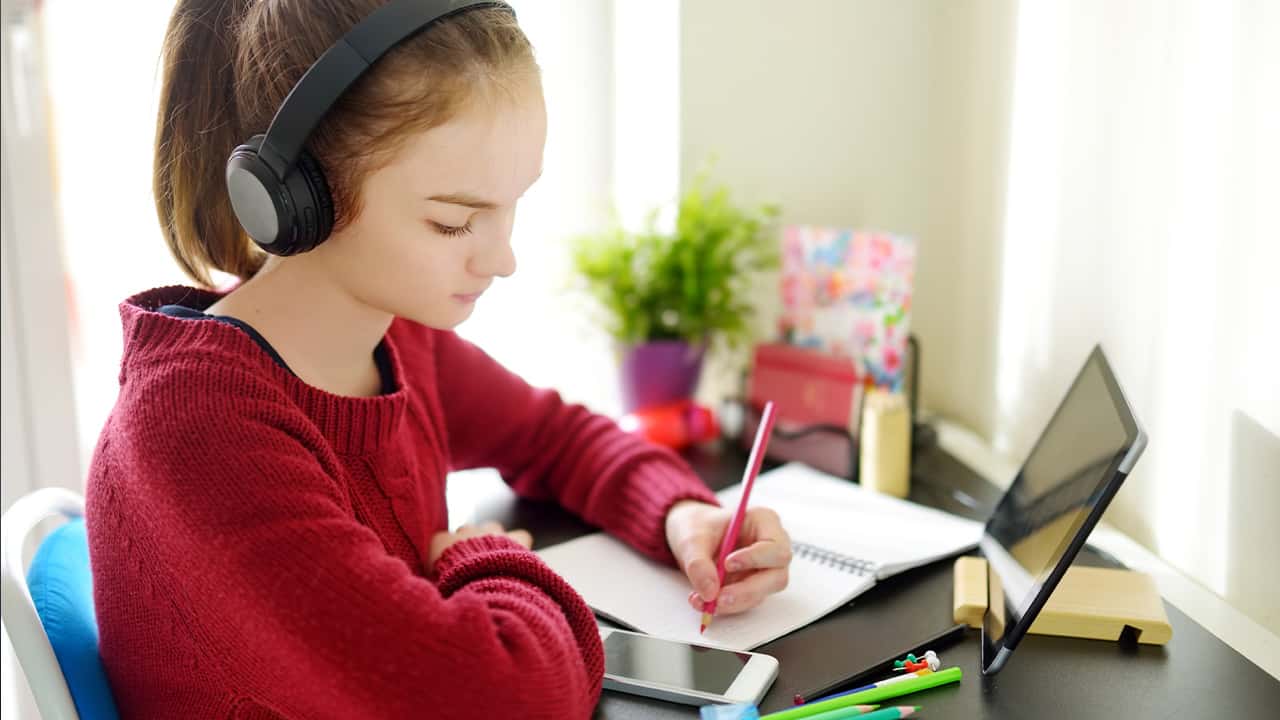 Nearly all of Fresno County’s 208,000 students have been outfitted with internet access and laptops or tablets for their distance learning, Superintendent of Schools Jim Yovino said Wednesday.

But there are rural pockets where students haven’t been able to get online, which Yovino said “is a bigger concern to me.”

Students in Fresno County are on distance learning while their schools remain closed because of the county’s high rates of COVID-19 infection, so the start of the school year has been somewhat bumpy.

Connectivity continues to be an issue at Bullard High School, prompting the school to send out a voicemail to parents Wednesday morning noting that while the connection for some students is “robust,” for others it has been anything but.

And even when the signal is strong, the link between teacher and students may be less than ideal.

The father of one Gibson Elementary third-grader stayed home Wednesday morning to help his daughter on her first day of online instruction and watched the teacher struggle trying to switch her Microsoft Teams screen from a gallery view of the entire class to a close-up showing just her and her reading lesson, which remained postage-stamp sized on the screen.

Waiting in The Waiting Room

Fresno Unified parent Cherie Arambel reported that her “favorite” part of distance learning so far was when one of the students in her son’s class “was able to take control of the Teams classroom and the teacher spent a good 15-20 minutes trying to explain why they needed to relinquish control.”

A Clovis Unified parent noted that when she had to switch out her daughter’s device because of technical issues during a lesson, her daughter’s teacher didn’t realize she was trying to return to her virtual classroom and was stuck in the “waiting room.”

And some teachers never see their students at all. Sunnyside teacher Jon Bath tweeted Wednesday that Fresno Unified School District is recommending, but not requiring, that students keep their web cameras on.

Christine Miktarian Taylor, a State Center Community College District vice chancellor, tweeted in response that Clovis Unified is requiring cameras be on and suggested that teachers tell students they will be called on more often if their cameras are off.

I fully understand why we aren’t mandate cameras on. We have many kids in really tough home environments in Fresno. BUT it has a cost too. That cannot be refuted.

Fresno Teachers Association president Manuel Bonilla said the first few days of distance learning for Fresno Unified students, parents, and teachers have been downright Dickensian: “It was the best of times, it was the worst of times, depending on who you speak to.”

Bonilla said he expects that with district support and a rapid response, reported problems about technology, training, or devices can be rectified fairly quickly. And while the first few days of the school year have been somewhat rough for some, he said he expects the district will “hit its stride” by next week.

Everybody is on a learning curve, even school principals, he said.

Bonilla said one of his children’s schools in Sanger Unified had scheduled a virtual back-to-school night using an online platform. “But the principal didn’t realize that it maxes out at 100, and the school is like 750 students,” Bonilla said. “He had to pivot to Google Hangouts, which is 250 people.”

In Clovis Unified School District, the first day was marred somewhat when the automatic password reset system had to itself be reset because of excessive submissions, spokeswoman Kelly Avants said Wednesday. But other than that, the helpline staff, which was boosted in expectation of more requests for assistance, has been able to keep up with requests for help, she said.

The district assumed that it might take some time for students, their families, and school staff to come up to speed on using technology and platforms for online learning, so time was built into the instruction schedule to accommodate that, she said.

And to keep unwanted participants from “Zoombombing” classes, the district has heightened security measures and given teachers more control over who enters their virtual classrooms, Avants said.

Helicopter Pilot Dies in Crash While Fighting Wildfire Near Coalinga

Trump: US Demands ‘Snapback’ of UN Sanctions Against Iran