‘I Have to Fight’: Fresno Salon Owner Opens Doors in Defiance of State 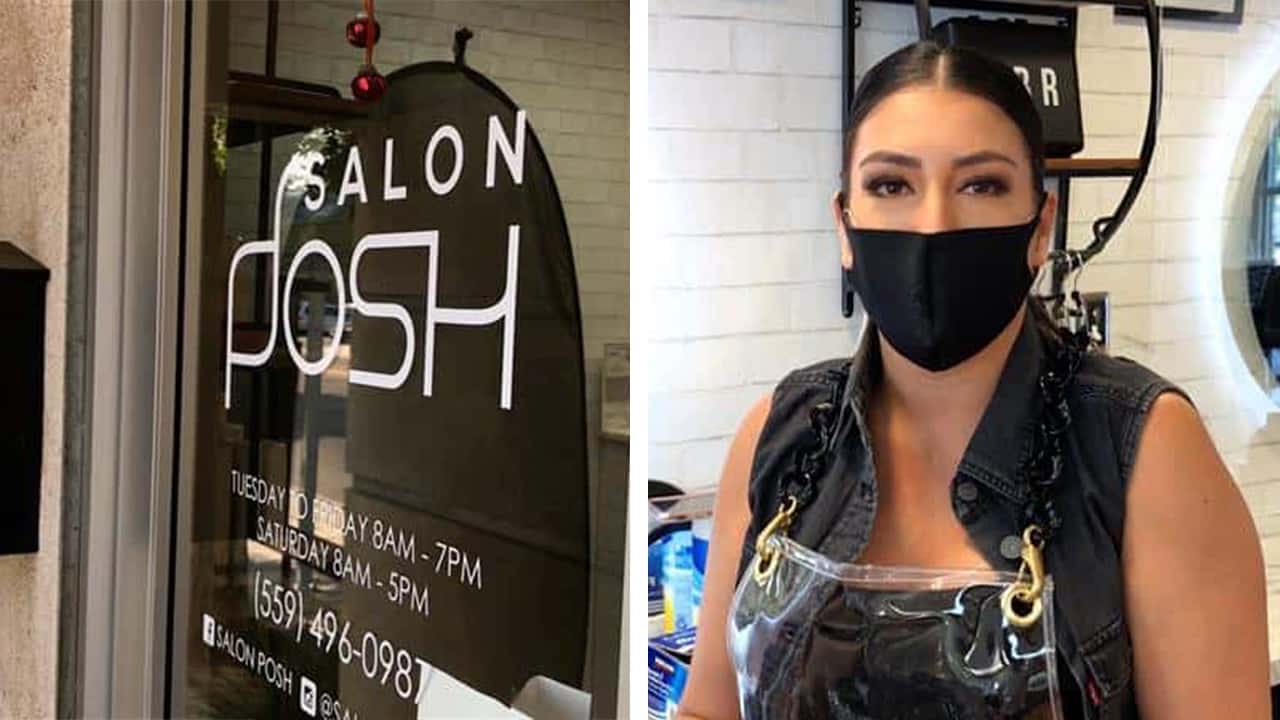 Nestled into a small space near Olive Avenue and North Van Ness Ave., ‘Salon Posh’ had its lights on, and people walking by were taking notice.

She says she started her business about 8 years ago. During the pandemic shutdown she estimates she’s lost about $30,000.

Alvarado has 6 independent stylists in her shop that lease space from her. She says they are all in favor of opening.

Only Alvarado was in the salon Tuesday morning, but she expects all her stylists will return soon.

Fear of Having to Close 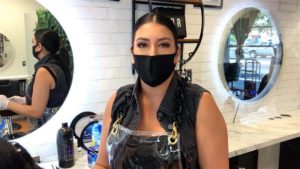 “I’ve gotten to the point where my only option is either I sit back and lose my business or I come to work and have a chance of saving my business and just deal with some consequences.”–Tanya Alvarado, Salon Posh Owner

She said she’s ready if she gets a visit from local or state enforcement officials. “My plan is for them to do a walkthrough and show me how how am I putting my client or my staff at risk? Please show me what it is I’m doing wrong,”

Plexiglass separates the salon’s chairs from one another. Alvarado says customers are required to get a temperature check, sign a waiver, and use hand sanitizer before they pass by the front desk.

She acknowledged the possibility of being cited for violating health orders, like a number of other local businesses have been during the pandemic. City of Fresno spokesman Mark Standriff says fines run from $250 to $10,000 per violation.

“It is definitely a fear. But like I said, I have no other option and I have to fight.”

“I’ve gotten to the point where my only option is either I sit back and lose my business or I come to work and have a chance of saving my business and just deal with some consequences,” Alvarado said.

Alvarado says she’s mostly concerned with state enforcement because she is licensed by the Board of Barbering and Cosmetology.

Standriff said Alvarado is right to be concerned about action by the agency. “They’re part of the Governor’s strike force and very present in the Central Valley right now and could revoke her license,” he said in an email. “For salons that put public health and safety at risk the Board will pursue action against their license,” the site warns. “The Board strongly encourages establishments to not defy the public health orders.”

In late July, Gov. Gavin Newsom said hair and nail salons in counties on the state’s watch list could only offer their services outdoors. At the time, an industry organization said the changes would give little help to business owners.

Alvarado says serving her client outside is not a suitable option. “Because it’s over 100 degrees outside. And as you can see, I’m doing a chemical service. There’s no way that I can do this outside without possibly burning my client’s hair and maybe overheating us.”

She also has to wash and rinse hair that’s been treated with chemicals. “Where’s the water going to go?”

“One of My Lowest Points’

Alvarado says she’s been a licensed cosmetologist for 12 years.

“Since the first shut down, I admit, I was depressed. I had anxiety. I was at one of my lowest points in my life because I was afraid of the unknown and we didn’t know when we were going to open,” Alvarado said while continuing to work on her clients’ hair.

She said she made the decision to reopen her salon after video call with the state board earlier this month. She said the moderator of the call kept skipping over questions from stylists about when they’d be able to reopen. Alvarado said she has been inspired by a movement called  “Open Safe California,” started by a business owner in the Bay Area, which encouraged salons, barbers & tattoo shops across the state to reopen on August 17.

“It’s just really frustrating. It feels like we’ve been forgotten and brushed aside,” founder Shayana Flick told ABC10 in Sacramento.

Alvarado wasn’t ready to open her location on Monday, but said she was there getting ready. She says the name of the movement is very appropriate.

“It’s a term to show that we can open up safely and make sure that our clients are confident of being able to come in here and know that everything is clean and sanitized versus going to a grocery store or a Target or Costco, where they don’t take as many necessary precautions as we do,” she said.