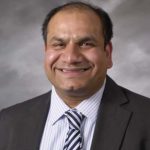 A spokeswoman for Clovis Christian said Tuesday afternoon that officials were not commenting “at this time.”

The woman, who was identified by the first name Kim, was wearing a face mask when she arrived with two men to the school office to speak to a GV Wire℠ reporter. However, the two staffers behind a plexiglass shield at the front desk and several arriving parents were unmasked inside the school office.

Immanuel Schools did not respond Tuesday to a request for comment.

Both schools are in violation of a state mandate to keep schools closed in counties with high rates of COVID-19 infections.

Vohra signed a public health order Thursday directing Immanuel Schools to close and threatening $1,000 a day fines as well as further legal action if it did not.

On Friday, after the school reopened for the second day, the Fresno County Public Health Department announced that it would seek a legal injunction this week requiring the school to close.

But Vohra said at Tuesday’s media briefing that he did not have information about the next steps the Department of Public Health will take with regard to the two schools opening to in-person instruction.

“We’re aware of some of the concerns related to those two schools, and our team is trying to get good information and trying to deliberate about what the next best step should be,” he said.

The two schools are in remote locations in eastern Fresno County but are remaining closed under the state order.

Public Health Director David Pomaville said Fresno County officials have asked for additional information from the schools but also have presented information about the schools to the state and are awaiting a response.

“We really want to take a careful look at the unique circumstances of those two schools,” he said. “We’ve got the information we need from the schools to move that process along, but the state is backed up on a lot of other things, and so we’re trying to move this as quickly as we can.”

The California Department of Public Health could not comment Tuesday on the status of the pending exceptions for Big Creek and Hume Lake Charter.

Related Story: Big Creek Has Essential Workers, a Closed School, and No Child Care Center for ...