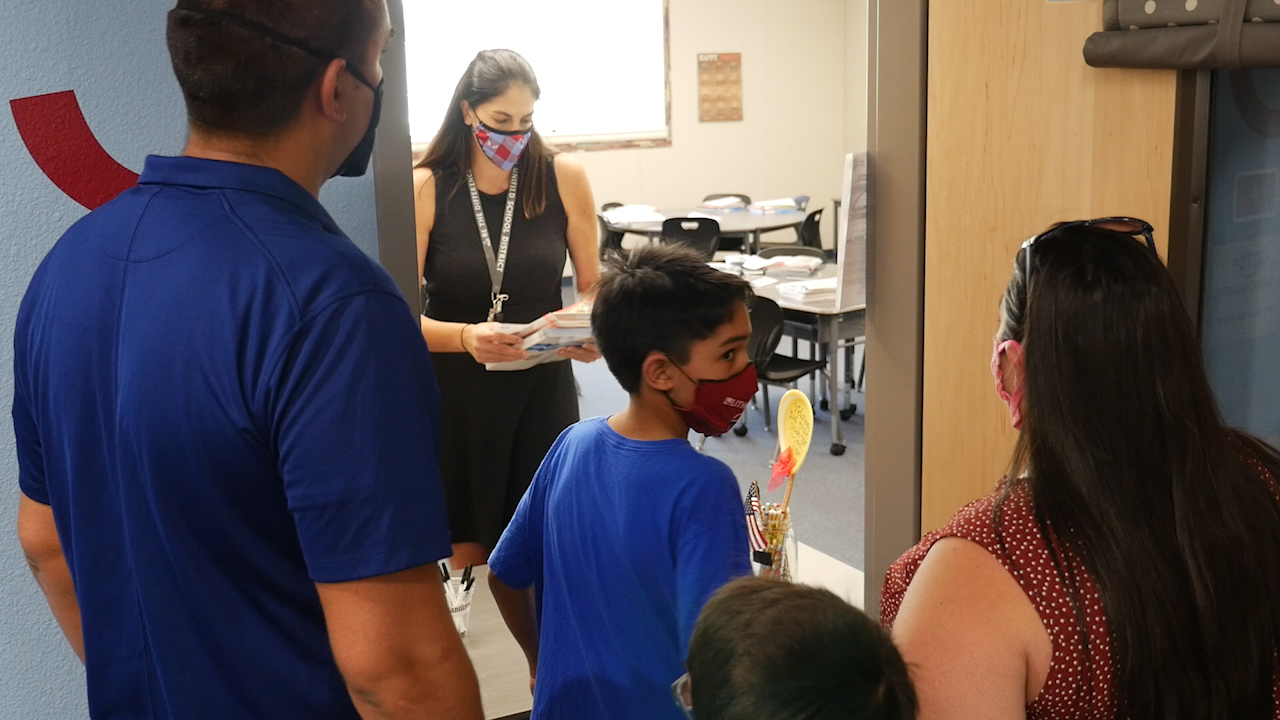 On the first day of the new school year for Fresno Unified and Clovis Unified students on Monday, school officials quickly learned just how tenuous the distance learning connection between students and teachers could be. 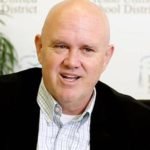 Fresno Unified School District website servers couldn’t handle the demand and had to be shut down temporarily so the district’s information technology workers could double the number of servers, superintendent Bob Nelson told GV Wire℠.

Central Unified School District, which started its new school year last week, reported Monday morning on Twitter that the internet and phone lines were down.

The district is experiencing power outages, affecting our internet and phones. Investigating and will send updates.

No Internet? No Attendance

Central Unified added that students would not be penalized for attendance and were expected to work on Tuesday’s classwork assignments.

“I will admit, I’m pretty afraid about what it might mean if we have rolling blackouts or pray that those are after 3:00 p.m.,” Nelson said about the potential for scheduled power outages across California because of this week’s extremely hot weather.

Nelson said Fresno Unified isn’t the only district that’s going to put a dent in the internet this week: “When the entire totality of Valley kids go online around 9:30 in the morning Wednesday, I think that’s going to be telling. You know, I’m thankful we had the soft start (Monday) so that we could kind of shore it up to the greatest degree we can.”

Meanwhile, students enrolled at Fresno County’s Career Technical Education Charter High School got a message advising that a nearby road construction project had cut the central Fresno school’s internet line, but it was expected to be repaired by Monday night.

Schools in Fresno County, and across California remain closed to in-person instruction because of high coronavirus infection rates. Under a state order, schools in counties that are on the state’s COVID-19 watchlist must stay closed until the county is off the list for 14 days straight.

Fresno Unified is using the first two days of the new school year for orientation, distribution of devices, and giving students the opportunity to become familiar with the platforms they’ll be using once instruction starts on Wednesday.

District spokeswoman Nikki Henry said Fresno Unified sent out an additional 11,000 devices by FedEx last week, and with the 60,000 devices already distributed last year, officials expect that most students already have or soon will have the device they need for distance learning.

The number of students who still need to be immunized was about 2,000 on Monday. State law requires up-to-date inoculations before students can start the school year — even though schools won’t reopen for some time.

The district is sending out messages from Nelson and other leaders to urge parents to get their children immunized, and Fresno Unified staffers also are reaching out to families, Henry said.

Clovis Unified is using the first four days of this week for students and their parents to come to schools on staggered schedules to sign out equipment, get technology assistance, and meet their teachers. 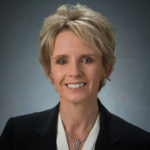 But the district held tight to some of its dearest traditions, such as the ringing of the school bell at Jefferson Elementary that marks the start of the new year, superintendent Eimear O’Farrell said. This year’s ringing was attended by only a handful of people but was shared online across the district.

O’Farrell said she maintained other traditions, such as in-person visits to schools with new principals. Before her arrival at the district’s newest school, Janet Young Elementary, O’Farrell and other top district leaders visited Clovis East High School. There, she observed as the football coach met with his players online to encourage them to keep up their grades and the choral teacher promised her online students that she wouldn’t “unmute” them individually when they’re singing. 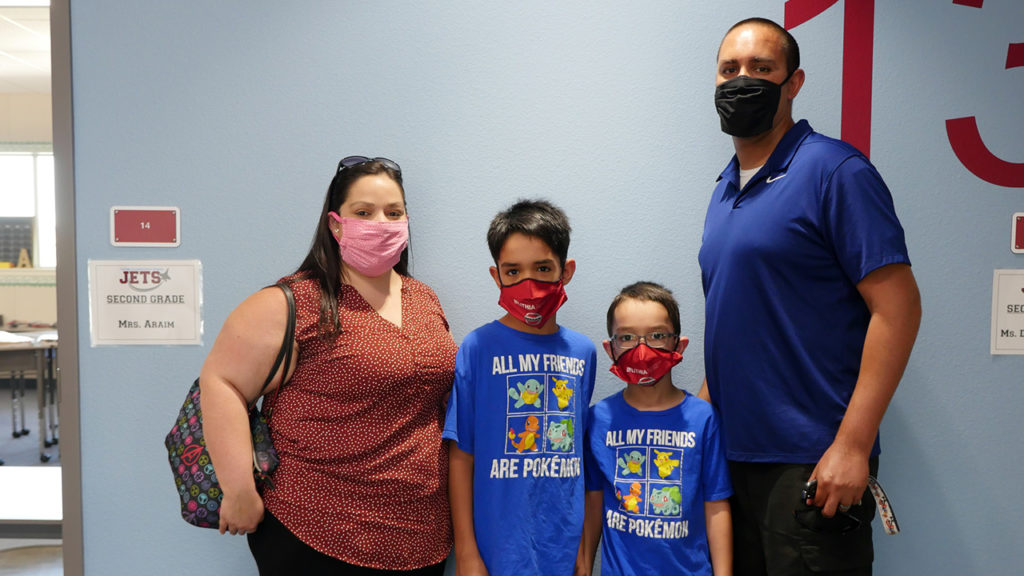 The first day at a brand-new school like Young Elementary would normally be a time of fanfare and celebration for Clovis Unified, but Monday’s opening was fairly subdued, with an empty playground and nearly empty campus. The school had staggered the arrival times for students and their parents to come to their classrooms, pick up equipment, and take care of registration.

Second-grader Ryan Duran, 7, came to classroom 13 with his parents and younger brother Tyson for a quick meet-and greet with his teacher, Maral Derkalousdian. When it came time for Derkalousdian to snap a class photo, Ryan stayed on the hallway side of a table that blocked the entrance to his classroom and kept his face mask on. 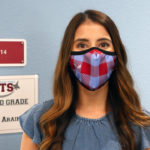 Next door in classroom 14, second-grade teacher Elizabeth Araim had already seen five of her 24 students by mid-morning Monday. She comes to the school from Boris Elementary, which is where many of Young Elementary students also are transferring from, and said she expects to see many familiar faces — once students are able to return to school.

Not being able to easily greet her former students is one of the things she’s missing, as well as “the patter of feet in the hallway, and the laughter.”