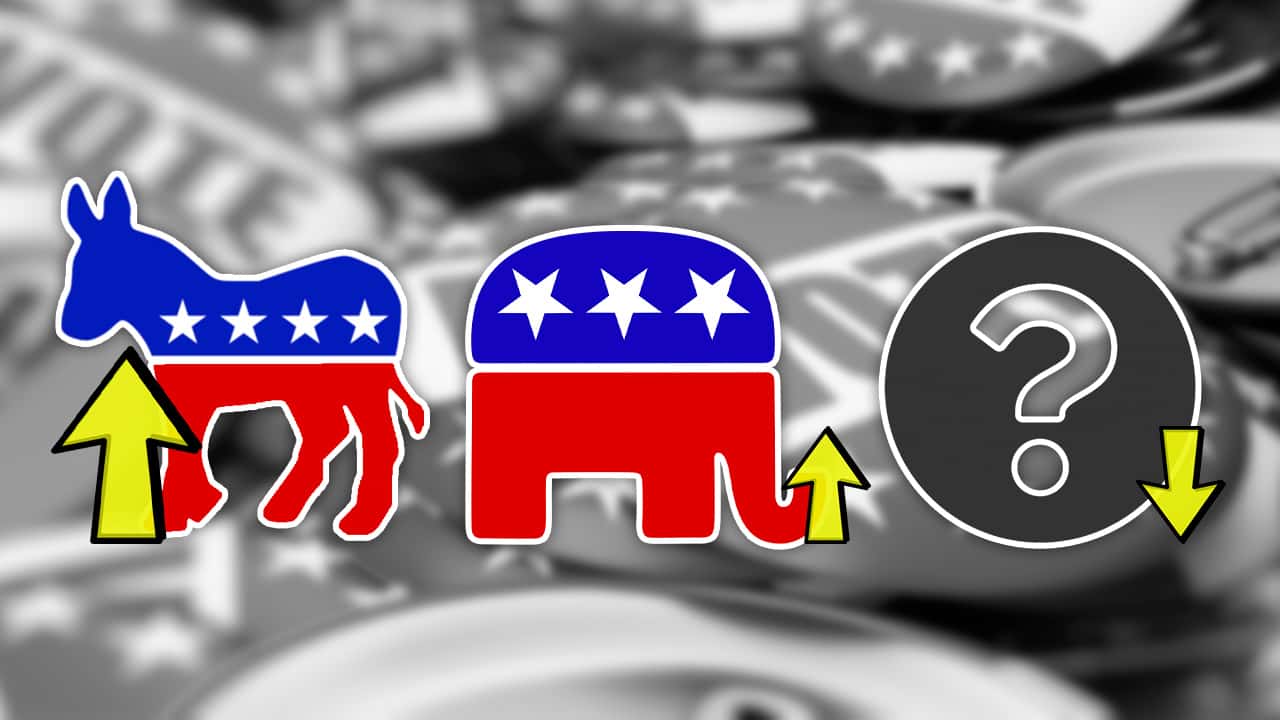 More voters in Fresno County are choosing a preference — the Democratic Party.

The Secretary of State released the newest registration figures for registrations through July. According to those numbers, voters are switching from no party preference to Democrat.

Overall registrants are up less than 1% since February, but up 14% over the same point in the presidential election cycle in 2016.

Democrats have a six percentage-point edge countywide over Republicans, 39%-33%, with 22% choosing no party preference.

The numbers are more dramatic statewide, where Democrats overwhelm Republicans, 46%-24%. In fact, there are 10,578 more no-party registrants than GOP faithful.

Democrats and Republicans saw a slight uptick since the last registration report in February. Both major parties retained about the same percentage of voters as they had earlier this year.

Fresno County Republicans added 1,430 new voters to their rolls since February; however, voters with no party preference declined by 2,651 over the same period.

How to Register and Vote

There are a number of ways an eligible voter can register. Forms are available at places like post offices, the DMV, and at the county elections office in downtown Fresno (2221 Kern Street, Fresno) or online at this link.

To be eligible to vote, you must be a U.S. citizen and resident of California, 18 years or older as of Election Day on Nov. 3, not in state or federal prison or on parole for the conviction of a felony, and not found mentally incompetent by a court.

The deadline to register to vote in the traditional manner is Oct. 19. However, residents can register the day of the election, but only in person at a voting center or the elections office.

Mail-in votes will be sent to all active registered voters starting Oct. 5.

Fresno County will also have 53 voting centers, an alternative to the traditional precincts. Most will be open at least four days prior to the election.

The three congressional seats in Fresno County appear to favor the incumbents.

Cox is expected to have a much tighter race against former congressman David Valadao.

Devin Nunes only has a six-point Republican edge. For most of his career, Nunes cruised on his way back to Washington. His 2018 victory over Andrew Janz was the tightest of his career. On the November ballot, Fresno-area voters won’t have municipal elections to vote on but will have plenty of choices for school board seats. Here is how registration numbers are looking in the competitive races for what are officially nonpartisan seats: