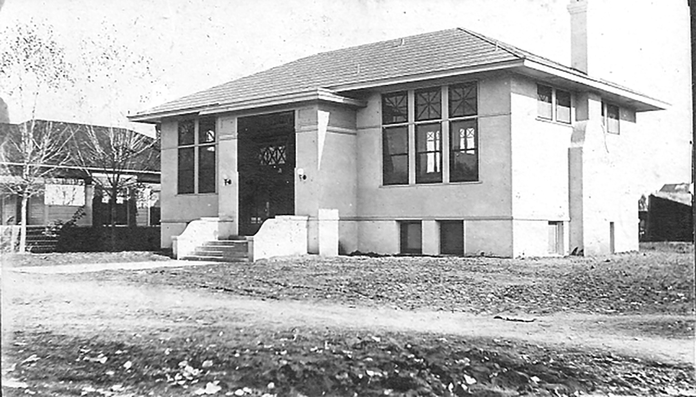 The 106-year-old Carnegie Library building in Clovis could be demolished to make way for new offices for the city’s Chamber of Commerce.

It is the last remaining library building in Fresno County out of four originally built with grants from industrialist and philanthropist Andrew Carnegie at the turn of the 20th century.

The Clovis Roundup reports that the Clovis Chamber of Commerce, which owns and occupies the building, is looking for ways to upgrade their facilities.  One option is to raze the structure and build something new.

That possibility isn’t sitting well with local residents, who have formed a committee to protect the building. “The idea of demolishing an authentic landmark structure in pursuit of modern office amenities really has to be reconsidered,” said Sayre Miller, co-chair of the Save the 1914 Carnegie Library Committee.

The building, at 325 Pollasky Avenue in Old Town Clovis, was built with a $7,000 grant from Carnegie — once the richest man in the world. The Scottish immigrant arrived dirt poor in the United States before making a fortune as a steel magnate in the late 1800s. He then used his fortune to fund the construction of more than 1,600 libraries across the country.

“The tale of Carnegie’s largesse is in itself an important civics lesson,” Miller said. “Beyond that, historical buildings connect our citizens with the city’s past in a meaningful, tangible way.

“The remarkable success of Old Town Clovis as a destination must be attributed to the fact that it actually is an old town made up of genuine historical buildings.” 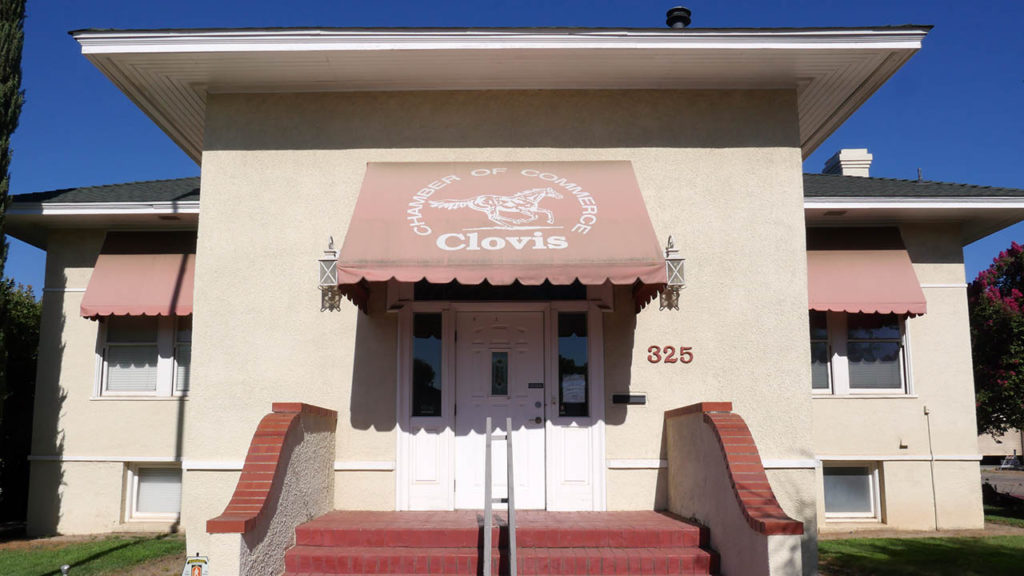 The Clovis Chamber of Commerce says the Carnegie Library building is obsolete and they are considering demolishing it to build new offices. Other options include a major remodel and expansion. (GV Wire/Jahz Tello)

Building Has Served as Clovis Chamber Office Since 1986

The Clovis Chamber of Commerce acquired the site from the city in 1986, about 10 years after a new Fresno County library branch was built on 5th Street east of Clovis Avenue. Chamber leaders say the building, in its current condition, no longer meets the needs of the organization or its members.

“The building is non-compliant and has become functionally obsolete as it relates to the day-to-day operational needs of the Clovis Chamber and its membership for offices and meeting space as originally intended,” said Chamber president Greg Newman. The Carnegie Library in downtown Fresno was demolished in 1959. (Fresno County Public Library)

But, Newman said, no final decision has been made about the building’s fate: “There was never a vote to specifically demolish our current building.”

Remodel or Expansion a Possibility

He said the Chamber’s leadership is consulting with contractors and architects to evaluate options. Demolition is a possibility, he said, but so is major remodel and expansion of the current building.

“The overall goal of the project is to have a fully accessible, professional office space with a meeting room that our community will be able to proudly use for the next 100 years,” Newman said. He said the Chamber is not interested in moving to a new location.

“The Chamber promotes our local business and our community, and it is very important, especially to visitors, to have the Chamber building on Pollasky in Old Town,” he said.

The Clovis building is among the last Carnegie Library sites standing in the Central Valley. Online records show that 12 libraries were built between 1901 and 1915 in cities throughout Fresno and Tulare counties.  Only four remain today.

The Carnegie Library in downtown Fresno, for instance, was torn down in 1959, just months after the county completed construction of its current central library. When the original building was completed in 1904, it was one of the earliest and costliest Carnegie Library buildings to be built in California.

Among the others built in the local area, only Carnegie Library buildings in Hanford, Exeter, and Orosi are still in use.