When hundreds gathered in downtown Fresno on Thursday afternoon for a march to support police, it was short on ceremony but long on appreciation.

Carrying American flags, “Support the Blue” flags, and various political messages on signs, about 300 gathered at City Hall. They marched down Tulare Street with a brief stop at police headquarters.

“This has been one of the highlights of my life to be out here with all these people that are in agreement. As you can see, this was a very safe march. It was nonviolent,” said organizer Tom Hardin, a retired police officer.

Related Story: Defund Fresno PD? It Won’t Happen. Nor Should It.

Marching on the Streets

“My motivation was talking to people about what’s going on in our country and not feeling like I was doing anything but complaining. I wanted to do something.” — Tom Hardin, march organizer

Fresno police provided traffic control, stopping traffic on Tulare and N streets as the marchers — who mainly stayed on the sidewalk — passed.

One woman and her son told a bicycle officer “I love you.” The officer replied in kind.

Frazier asked for the benefit of the doubt whenever a police video appears on social media.

“We’re going to be a better department. … We try to do our jobs the best we can, right. As effectively as we possibly can,” Frazier told a receptive audience gathered around the memorial.

Hardin said didn’t want to be a bystander as he saw his profession under attack.

“My motivation was talking to people about what’s going on in our country and not feeling like I was doing anything but complaining. I wanted to do something. I thought that this was a great place to start,” Hardin told the media after the speeches. 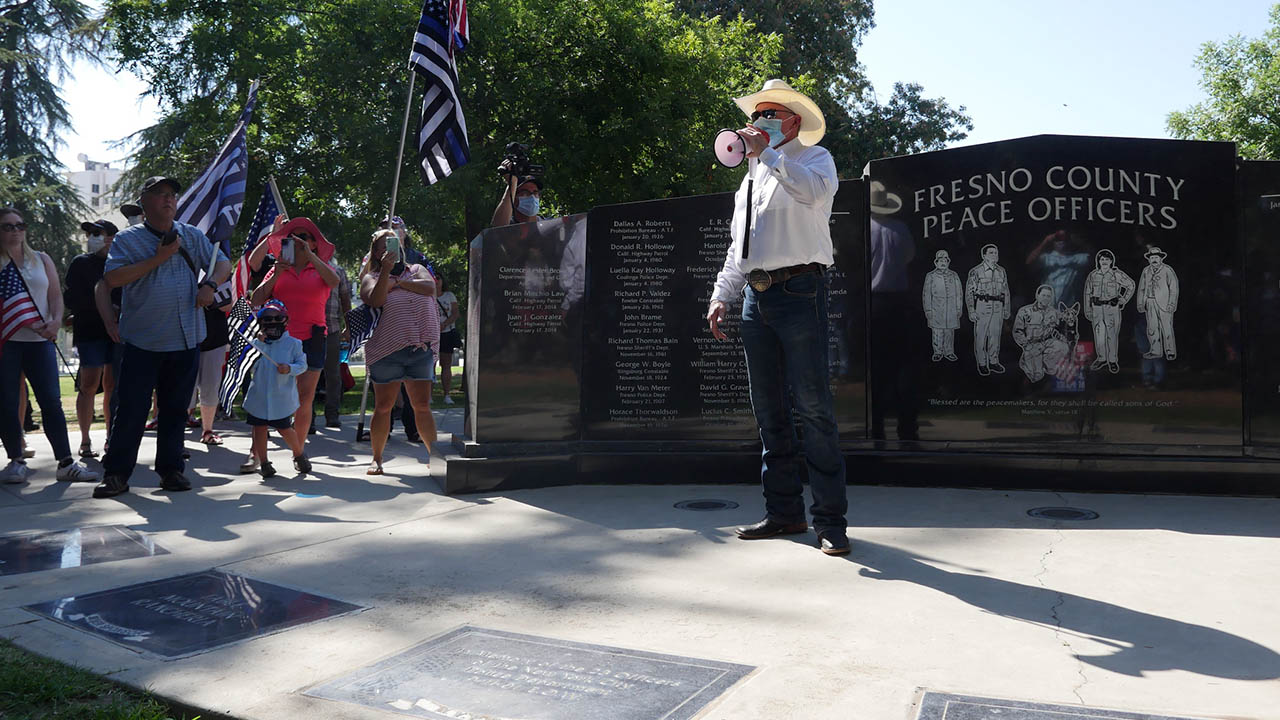 Tom Hardin speaks to a crowd of about 300 at Courthouse Park, supporting police. (GV Wire/Jahz Tello)

“(Police) are the backbone of the city and without police, what are you gonna do?” Dyer said. “We stayed silent for so long. I don’t think we should be afraid of the other side. All lives matter. But there needs to be some kind of police in our community. Without the police, it’s gonna be chaos. It’s gonna be worse. We need to unite.”

Robert Lightfoot, a retired Fresno police sergeant whose wife is with the department, says it’s harder to be an officer now than during his tenure.

“Because of social media, because of cameras, because of various other ways of communicating … it’s more transparent now, which I think is actually for the better. But it can hinder investigations and it can hinder officers in their work,” Lightfoot said.

As the marchers gathered at Fresno City Hall, the faded remnants of the “Black Lives Matter” street art remained on P Street.

“Obviously (I) believe that Black Lives Matter. I love everyone. I believe that Jesus Christ died on the cross for all of us and he was color blind,” Hardin said. “I don’t necessarily believe in the organization itself. But I love all people of all colors.”

About five protesters gathered in front of City Hall, some carrying signs decrying police brutality. They mainly kept to themselves. 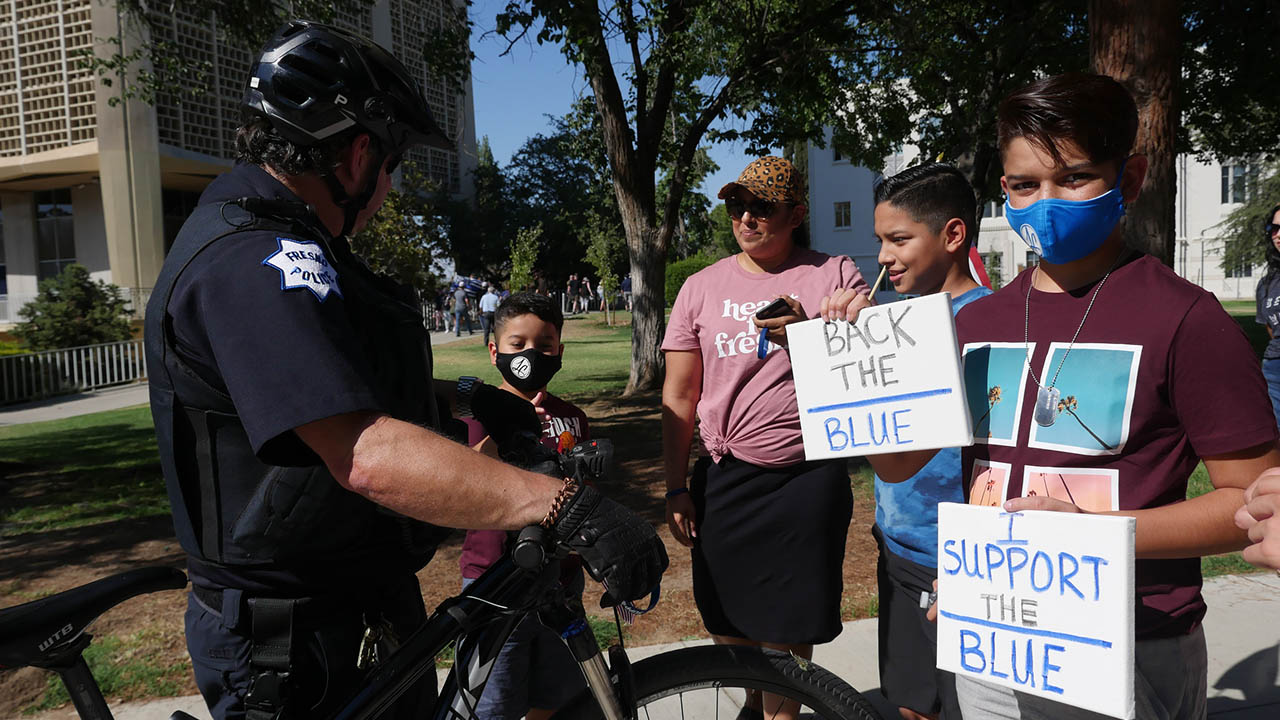