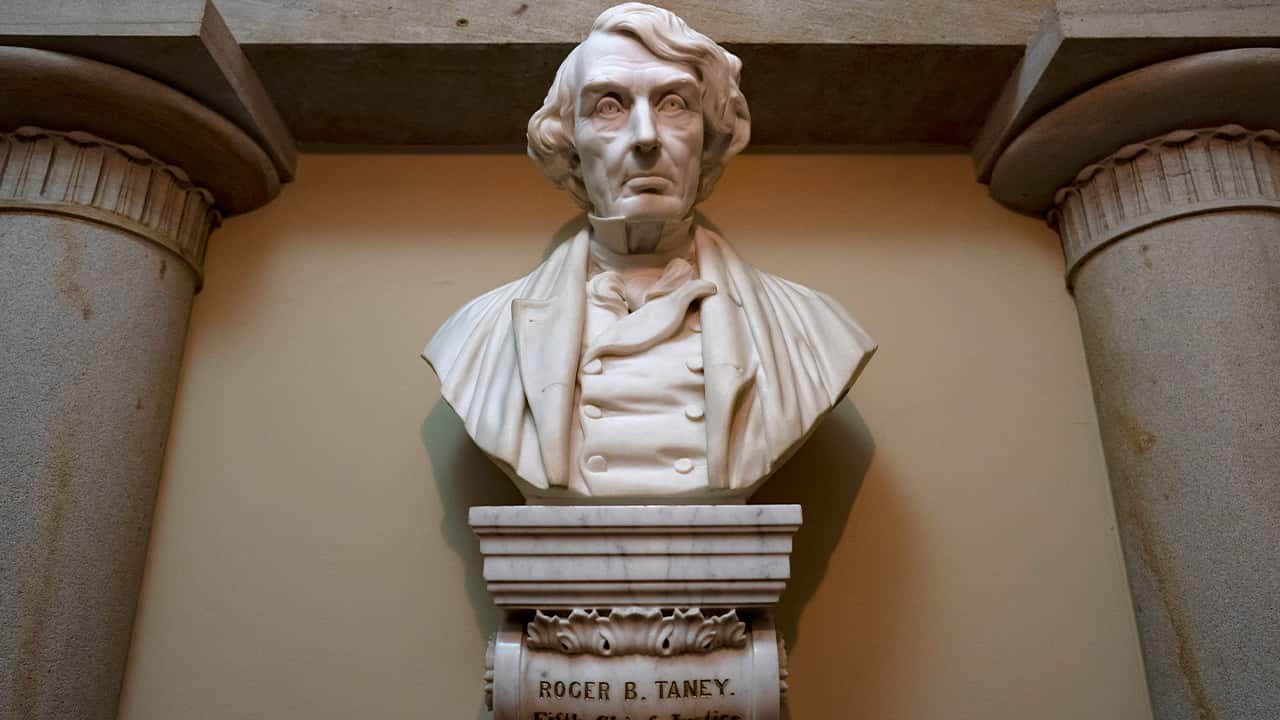 WASHINGTON — The House has approved a bill to remove statues of Robert E. Lee and other Confederate leaders from the U.S. Capitol, as well as a bust of Chief Justice Roger B. Taney, the author of the 1857 Dred Scott decision that declared African Americans couldn’t be citizens.

‘I’m Not Really a Fan of Wiping Things Out’

“What Dred Scott said was, Black lives did not matter,” Hoyer said. “So when we assert that yes they do matter, it is out of conviction … that in America, the land of the free includes all of us.”
There’s at least one potentially surprising voice for Taney to stay. Lynne M. Jackson, Scott’s great-great-granddaughter, says if it were up to her, she’d leave Taney’s bust where it is. But she said she’d add something too: a bust of Dred Scott.
“I’m not really a fan of wiping things out,” Jackson said in a telephone interview this week from her home in Missouri.
The president and founder of The Dred Scott Heritage Foundation, Jackson has seen other Taney sculptures removed in recent years, particularly in Maryland, where he was the state’s attorney general before becoming U.S. attorney general and then chief justice.
Rep. Barbara Lee, D-Calif., said the statues honoring Lee and other Confederate leaders are “deliberate attempts to rewrite history and dehumanize African Americans.”
The statues “are not symbols of Southern heritage, as some claim, but are symbols of white supremacy and defiance of federal authority,” Lee said. “It’s past time we end the glorification of men who committed treason against the United States in a concerted effort to keep African Americans in chains.”
Calhoun, who served as vice president from 1825-1832, also was a U.S. senator, House member and secretary of state and war. He died a decade before the Civil War, but was known as a strong defender of slavery, segregation and white supremacy.
His statue would be removed within 30 days of the bill’s passage, along with former North Carolina Gov. Charles Aycock and James Clarke, a former Arkansas governor and senator.

In Congress, Taney’s Bust Was Controversial From the Start

In the summer of 2017, shortly after white nationalists gathered in Charlottesville, Virginia, to protest the removal of a statue of Lee, Baltimore’s mayor removed statues of Lee, Taney and others.A statue of Taney was removed from the grounds of the State House in Annapolis around the same time. And a bust of Taney was removed that year from outside city hall in Frederick, Maryland.