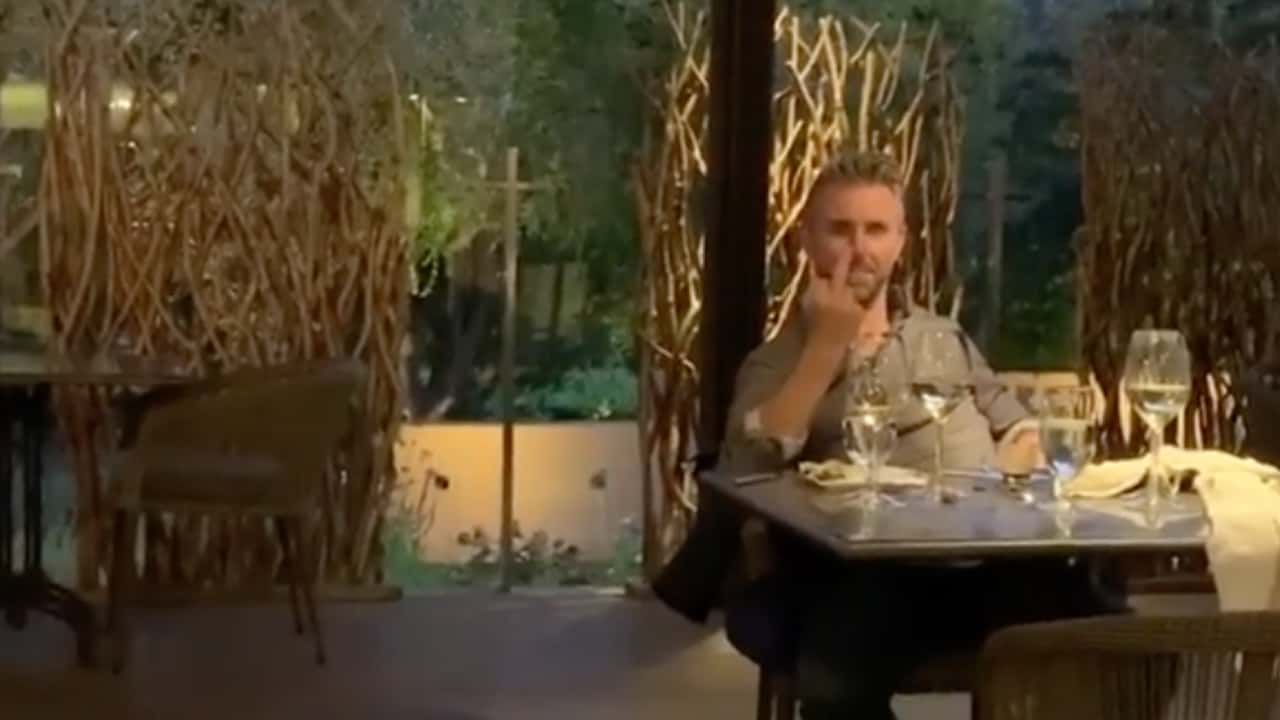 CARMEL VALLEY — A Northern California restaurant server ordered a man to leave after he made racist comments and cursed at an Asian-American family that was celebrating a birthday.
The San Francisco Chronicle reported Tuesday the Lucia Restaurant & Bar in Carmel Valley has received an outpouring of community support after the incident, which was captured on video.
The family was at the restaurant Saturday when a man at a nearby table started ranting, said Raymond Orosa, who was with the group. “Suddenly I hear this loud voice, you know like f’ing Asians,” Orosa told KGO-7.
The video, which went viral, shows the man cursing at the family and telling them to leave. The server intervenes and tells the man not to speak to the family like that, then orders him to leave and not come back.
Sean Damery, vice president of Bernardus Lodge & Spa, which includes the restaurant, apologized to the family and said he was proud of the staff. He said the man was escorted off the property without further incident.
Since then, the company has received letters and flowers from community members, said Koleen Hamblin, a spokeswoman for the resort.

❗️❗️❗️SHARE THIS POST❗️❗️❗️ Trigger warning: Racism, Vulgar Language (FYI he had a LOT more to say after I stopped recording) This is the face of the man who relentlessly harassed my family and I completely UNPROVOKED, UNWARRANTED, and UNCONSCIONABLE. We were celebrating my tita’s birthday, literally just singing happy birthday to her and taking pictures, when this white supremacist starts yelling disgusting racist remarks at us. (“Fuck you Asians” “Go back to whatever fucking Asian country you’re from” “You don’t belong here”) It is no coincidence that this man has the audacity to showcase such blatant racism on the 4th of July. White supremacy has a notorious habit of masquerading as patriotism! The fact that Donald Trump is our president (i.e. THE MOST POWERFUL MAN IN THE WORLD) gives racists a platform and amplifies voices of hate. The surfacing of racists is so prevalent right now, even in such an ethnically/culturally diverse and liberal state like California, because Trump HIMSELF uses his position to incite racial tension and to promote aggression towards POC, foreigners, and immigrants. We need change! PLEASE PLEASE PLEASE VOTE THIS UPCOMING RE-ELECTION. PROTECT ALL PEOPLE REGARDLESS OF SKIN COLOR AND ETHNIC ORIGIN. ✊🏻✊🏼✊🏽✊🏾✊🏿

The television station identified the man as Michael Lofthouse, chief executive of tech company Solid8, and said Lofthouse issued a statement apologizing to the family.
“This was clearly a moment where I lost control and made incredibly hurtful and divisive comments,” the statement said. “I was taught to respect people of all races, and I will take the time to reflect on my actions and work to better understand the inequality that so many of those around me face every day.”
Orosa said he doesn’t find the statement to be sincere, but nevertheless, he forgives him.
“I can’t say what he did was acceptable or right, it isn’t, because a lot of people will probably disagree with me for saying I forgive him… but I do,” he said.

Fresno Police Academy Training Will Be Examined for Racial Bias