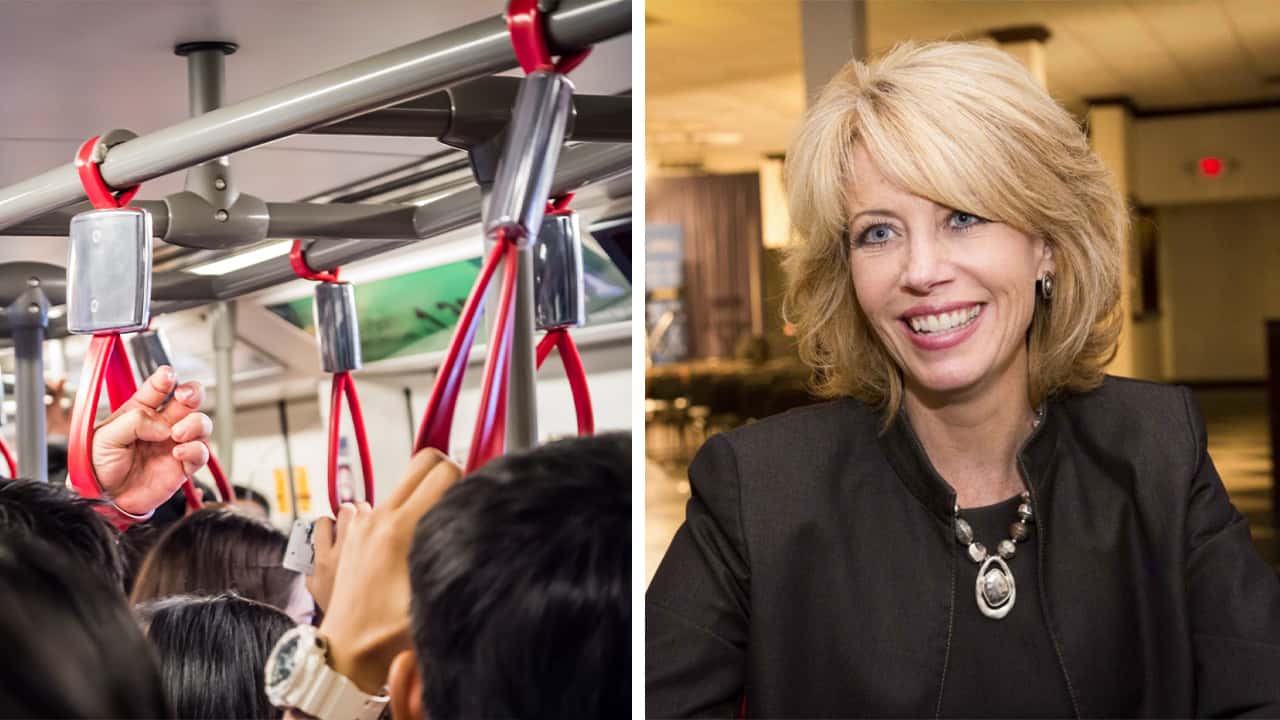 Former Fresno Mayor Ashley Swearengin said “something definitely needs to change” when it comes to meeting Fresno’s housing needs. And the state’s controversial new VMT law, she said, “is a tool” for fixing what she describes as the city’s history of unsustainable development.

Swearengin made the comments in a statewide video “town hall” with about 600 state and local officials on Wednesday, the day the seven-year old law took effect, despite widespread calls to delay its implementation.

“So a city economy that’s driven almost exclusively by suburban development alone is a cotton candy economy,” Swearengin said. “It tastes good at first, but it quickly melts away. It has no lasting nutritional value.”

But Berkeley attorney Jennifer Hernandez, who represents a statewide coalition seeking to roll back the VMT law, says the new regulations will do more harm than good to local economies.

“This is an ethic, a doctrine as the legislators call it, an ideology — the VMT ideology — that will massively increase housing costs and worsen our housing supply shortage,” Hernandez said.

As Mayor, Swearengin Pushed for Infill and Transit

The video town hall was titled, “Rethinking How We Build So Californians Can Drive Less” and was coordinated by the Governor’s Office of Planning and Research. The agency is in charge of implementing the Vehicle Miles Traveled law. Swearengin was listed as a special guest.

The VMT law is officially known as SB 743. It was written to strongly encourages infill development, everywhere in California, over the construction of new neighborhoods on open land. It was signed by then-Gov. Jerry Brown in 2013 but its effective date was July 1, 2020.

The law aims to reduce personal vehicle use and pushes for higher density developments near transit services. As mayor, Swearengin pushed hard to enact regulations favoring infill development across Fresno. She was also a strong advocate for mass transit.

“Our current pattern is not sustainable and it is not good for the current shareholders of the city of Fresno, property owners, residents, etc., small business owners,” Swearengin said. “So, something definitely needs to change.”

But Hernandez says the VMT law is not the cure its proponents say it is.

“For people who are able to live in higher density downtowns and use transit, I think this VMT regime was designed to help and is helping,” Hernandez said. “I think, for the rest of California — the 99% — the bill will increase housing prices and make it easier to sue to block housing.”

Watch: What Is VMT?

SB 743 updates the method for evaluating traffic impacts of new developments from a congestion-generating calculation to one based on distances commuters must travel to reach common destinations such as jobs and shopping. Under the new scheme, the greater the distance from services, the more a developer can be charged to fund alternative transportation options such as car pooling, bus service, bike lanes and the like.

“I don’t think anybody in our community thinks that 743 is a silver bullet, but it is a tool,” Swearengin said.

Some estimates have put the cost of meeting such requirements to be as high as $40,000 per unit of new housing built. That additional cost would price many low and middle income residents out of the housing market, developers say. 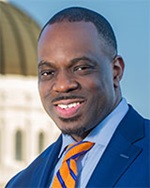 “Where we do infill projects or we put in wider sidewalks or bike lanes in existing communities, often what sometimes happens is there is, there’s displacement. There’s gentrification.” — Caltrans Director Toks Omishakin

“The comment that housing jobs are not sustainable underscores her statement to me and several builders in Fresno that the city didn’t like the kind of jobs the industry produced,” Prandini said.

The state’s top transportation official, meanwhile, cautioned that the push to create higher housing densities under the VMT law could lead to neighborhood gentrification.

“Where we do infill projects or we put in wider sidewalks or bike lanes in existing communities, often what sometimes happens is there is, there’s displacement. There’s gentrification,” said Caltrans Director Toks Omishakin.

Opponents of the new law have long predicted such an outcome. Omishakin said planners at his agency and others should keep those consequences in mind.

Preventing those negative effects in place like Fresno will be a challenge, Hernandez says.

“I’m not going to presume to know Fresno very well. I haven’t studied it as much,” she said. “But where I have studied, especially transit expansion in the Bay Area and Southern California, there’s been a huge gentrification effect and relocation of former residents in locations that have new Metro stations or whatever.”

Prandini said middle-class residents often choose to move to new, more affordable suburban developments in nearby communities as more highly paid employees drive up the cost of rents in cities.

“There are no easy solutions to that problem,” Prandini said, while noting that the VMT law will now make homes in outlying areas more expensive because of the cost of mitigating the longer commute distance.

He questions whether the state’s goal of significantly increasing housing density near jobs and in downtown areas is an economically viable strategy in the Fresno area.

“In order to make housing affordable to low- and moderate-income residents takes a lot of subsidy,” Prandini said. “That subsidy is offset by the cost of labor because, when you use government money, you have to pay prevailing union wages, which are significantly higher wages, especially in the Valley.”