Newsom to 'Tighten Things Up' as Coronavirus Cases Rise 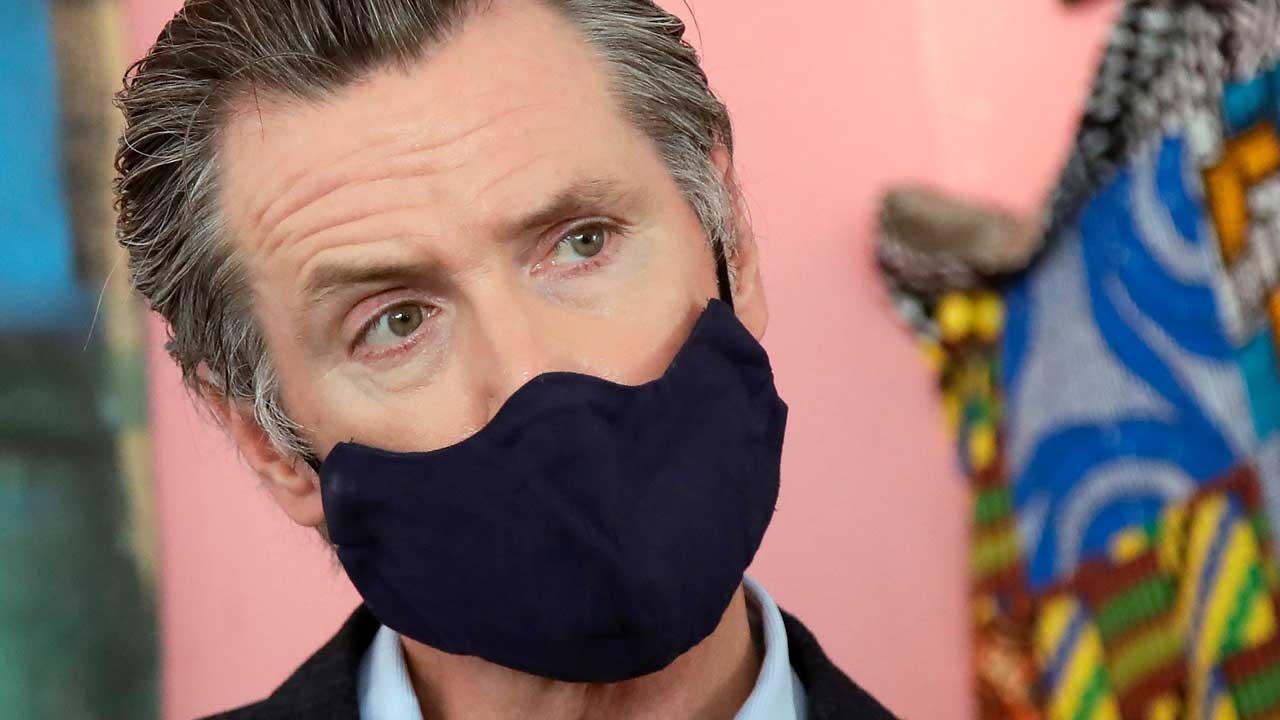 SACRAMENTO — With coronavirus cases surging, Gov. Gavin Newsom said Tuesday that he plans to “tighten things up” when it comes to the state’s stay-at-home order ahead of a busy Fourth of July weekend.
California has confirmed close to 223,000 infections, a nearly 50% increase over two weeks ago that’s been driven in part by the state’s ability to now test more than 100,000 people per day. But more concerning to officials is the steady growth in COVID-19 hospitalizations — a 43% increase in the past two weeks.
Officials in Los Angeles County on Monday announced they will close beaches and ban fireworks displays in the nation’s most populous county this weekend as it hit a one-day record of 2,903 confirmed cases and more than 100,000 overall. And in the Central Valley, officials in Fresno ordered all bars to close.
“Our cases are not currently under control,” said Dr. Rais Vohra, interim health officer for Fresno County.

Newsom has asked Imperial County to impose more restrictions after hospitals in the county near the U.S.-Mexico border had so many patients they had to transfer some to nearby facilities. But Newsom has mostly tried to let local governments decide for themselves what restrictions they should put in place.
That strategy could change Wednesday, when Newsom plans to issue new restrictions. The Democratic governor did not say what they would be, other than that he would “tighten things up.” He said people are more likely to get sick when they are indoors compared with outdoors, saying he will look at public health orders “in relationship to indoor vs. outdoor activities.”
The state already requires everyone to wear a mask in most public places, both indoors and outdoors, when physical distancing isn’t possible.
“The framework for us is this: If you’re not going to stay home and you’re not going to wear masks in public, we have to enforce and we will,” Newsom said, adding the state will be “a little bit more aggressive as it relates to guidelines on Fourth of July.”

As Restrictions Relaxed, So Did ‘Social Pressure’

Until now, Newsom has mostly relied on “social pressure” to enforce statewide public health orders. But as officials began to relax a stay-at-home order in the past month, more people began to relax, too. Newsom said he was particularly concerned with family gatherings, where people “begin to mix and take down their guard.”
Newsom spoke at a motel in Pittsburg, where Contra Costa County is housing 164 homeless people during the pandemic with money from the state’s “Project HomeKey” program. Newsom said the program has secured 15,679 hotel rooms and served an estimated 14,200 people.
But Newsom’s remarks were interrupted by about a dozen people protesting racial injustice at the hands of police. The protesters blared a siren from a bullhorn while Newsom was speaking.

For Third Time This Month, Fox News Leads All Networks