Madera Unified: 'We're Not Madera County School Board, and We Don't Condone Racism' 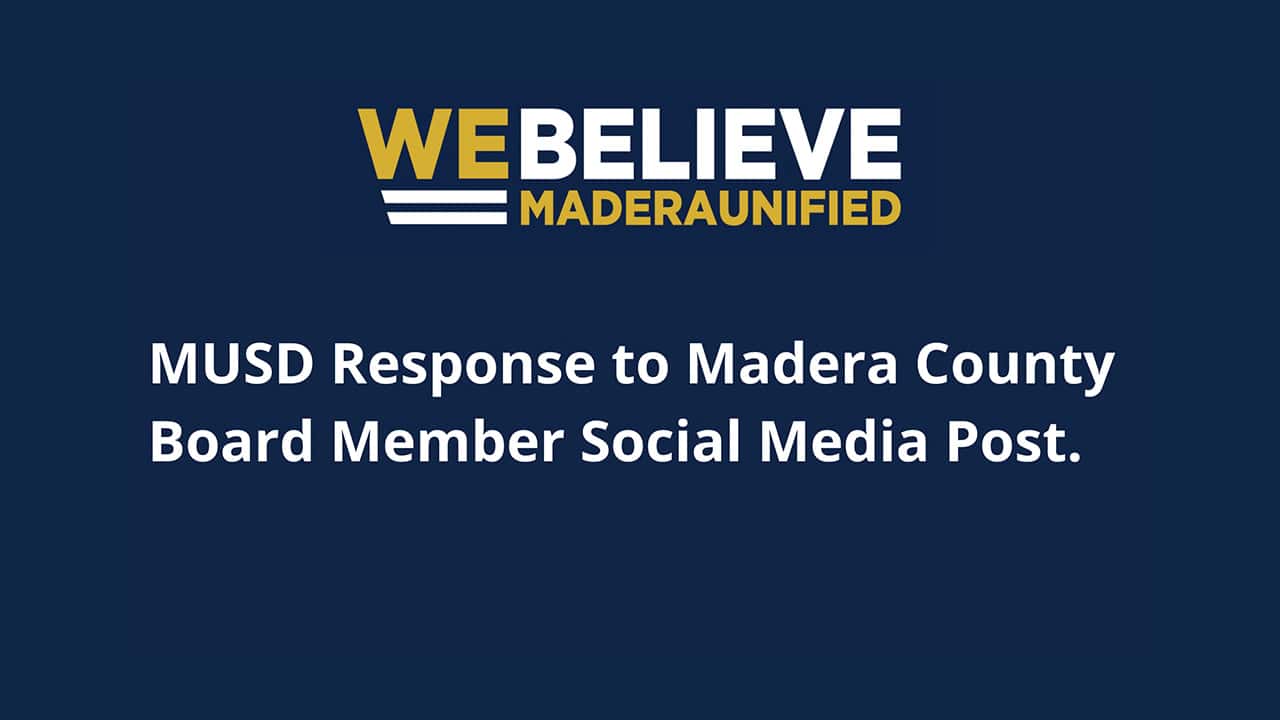 Madera Unified School District wants everyone to know that it opposes racism and that it’s not the same entity as the Madera County Board of Education, whose president posted on Facebook last weekend “I’m proud to be white” overlaid on an image of the Confederate flag.

“Racism and racial injustice are in direct opposition to the District’s critical work of providing students with the highest quality educational experience we can envision.” — Madera Unified School District statement

A spokeswoman for the Madera County Superintendent of Schools said Wednesday that the office has not received a statement from board president Sara Wilkins in connection with the Facebook post. Her Facebook page has been deleted.

On Tuesday, Superintendent Cecilia A. Massetti told GV Wire℠ that county education officials do not share the views of the Facebook post and said it was “unfortunate” that Wilkins posted the image.

After GV Wire℠ reported Wilkins’ Facebook post, a petition drive was initiated on change.org by Andrea Hernandez that says Wilkins is a racist and should resign or be fired from her post. As of Wednesday afternoon, the petition had more than 850 signatures.

Madera Unified, which is the district for the city of Madera and surrounding unincorporated areas, had taken a few calls from people outraged by the Facebook post, and so the district decided to issue a statement and make it clear that it’s separate from the county school board, spokesman George Garnica said.

A spokeswoman for the Madera County Superintendent of Schools said Wednesday that the office has not received a statement from board president Sara Wilkins in connection with the Facebook post. Her Facebook page has been deleted.

The district’s statement went on to say that the Madera Unified School Board and superintendent do not tolerate or condone racism in any form and that officials have been working to improve racial equity in the district. About 90% of Madera Unified students identify as Hispanic or Latino, according to the California Department of Education.

“Racism and racial injustice are in direct opposition to the District’s critical work of providing students with the highest quality educational experience we can envision,” the statement said.

Superintendent Todd Lile talked about racial injustice in a video message to the district and community that was produced after the killing of George Floyd by Minneapolis police on Memorial Day.

Lile shared his own life experiences, including when his high school basketball teammates would be stopped while having lunch and ordered out of their car just because of their race.

The district is making an effort to listen to students when they share concerns about being noticed by teachers only in a negative sense, Lile said in the video.