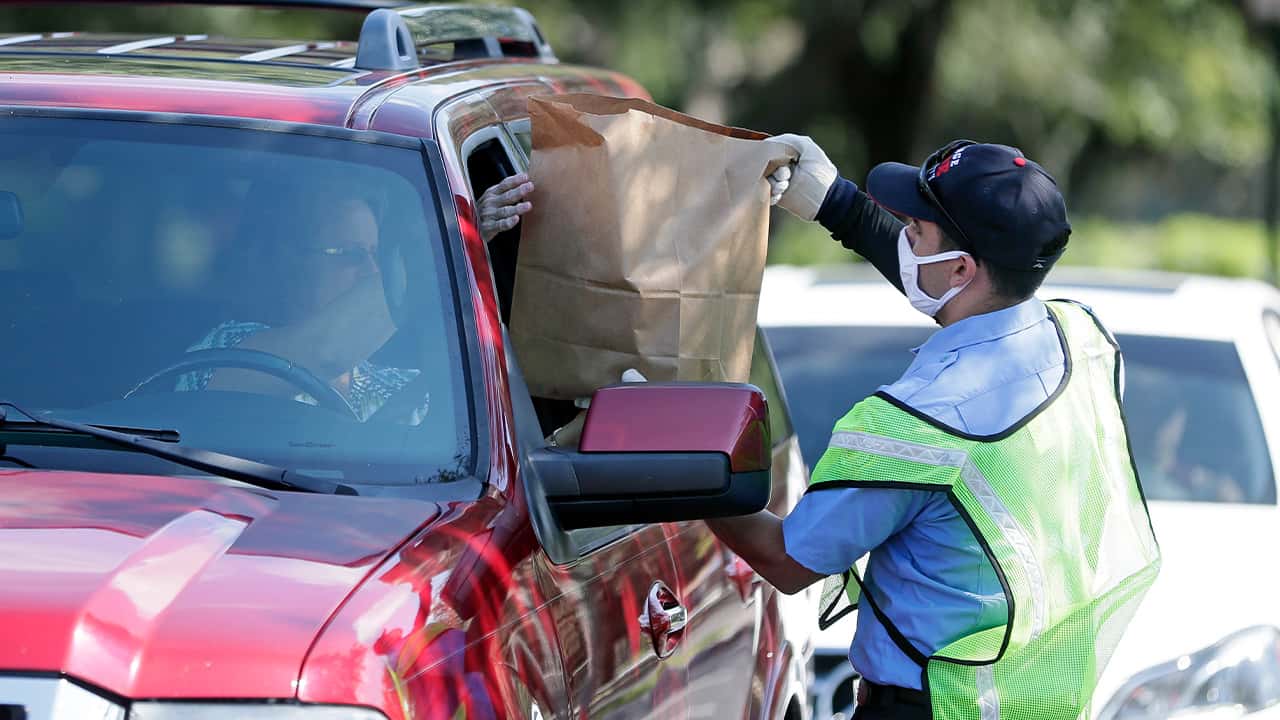 HOUSTON — A coronavirus resurgence is wiping out two months of progress in the U.S. and sending infections to dire new levels across the South and West, with administrators and health experts warning on Wednesday that politicians and a tired-of-being-cooped-up public are letting a disaster unfold.

The Houston area’s intensive care units are nearly full, with coronavirus patients filling about 1 in 4 beds, and two local public hospitals are running at capacity, Mayor Sylvester Turner said.
“We need everybody to behave perfectly and work together perfectly” to slow the infection rate, Houston Methodist’s Boom said. “When I look at a restaurant or a business where people … are not following the guidelines, where people are just throwing caution to the wind, it makes me angry.”
In Arizona, emergency rooms are seeing about 1,200 suspected COVID-19 patients a day, compared with around 500 a month ago. If the trends continue, the state will probably exceed its hospital bed capacity within the next several weeks, said Dr. Joseph Gerald, a University of Arizona public health policy professor.
“We are in deep trouble,” said Gerald, urging the state to impose new restrictions on businesses, which Gov. Doug Ducey has refused to do.
Infectious-disease expert Dr. Peter Hotez of the Baylor College of Medicine in Texas said he worries that states will squander what time they have to head off a much larger crisis.
“We’re still talking about subtlety, still arguing whether or not we should wear masks, and still not understanding that a vaccine is not going to rescue us,” he said.
The Texas governor initially barred local officials from fining or penalizing anyone for not wearing a mask as the state reopened. After cases began spiking, Abbott said last week that cities and counties could allow businesses to require masks. Both Abbott and Ducey are Republicans.

Cases Are Also Surging in Some Other Parts of the World

Some business owners are frustrated that officials didn’t do more, and sooner, to require masks.
“I can’t risk my staff, my clientele, myself, my family and everybody else in that chain just because other people are too inconvenienced to wear a piece of cloth on their face,” said Michael Neff, an owner of the Cottonmouth Club in Houston. He closed it down this week so staffers could get tested after one had contact with an infected person.
North Carolina Gov. Roy Cooper, a Democrat, ordered people to wear masks in public as the daily count of hospitalizations and new cases hovered near records. In Florida, several counties and cities recently enacted mask requirements and cracked down on businesses that don’t enforce social distancing rules.

Madera Unified: ‘We’re Not Madera County School Board, and We Don’t Condone Racism’