In Minneapolis, Talk of Changing PD Means Taking on Union 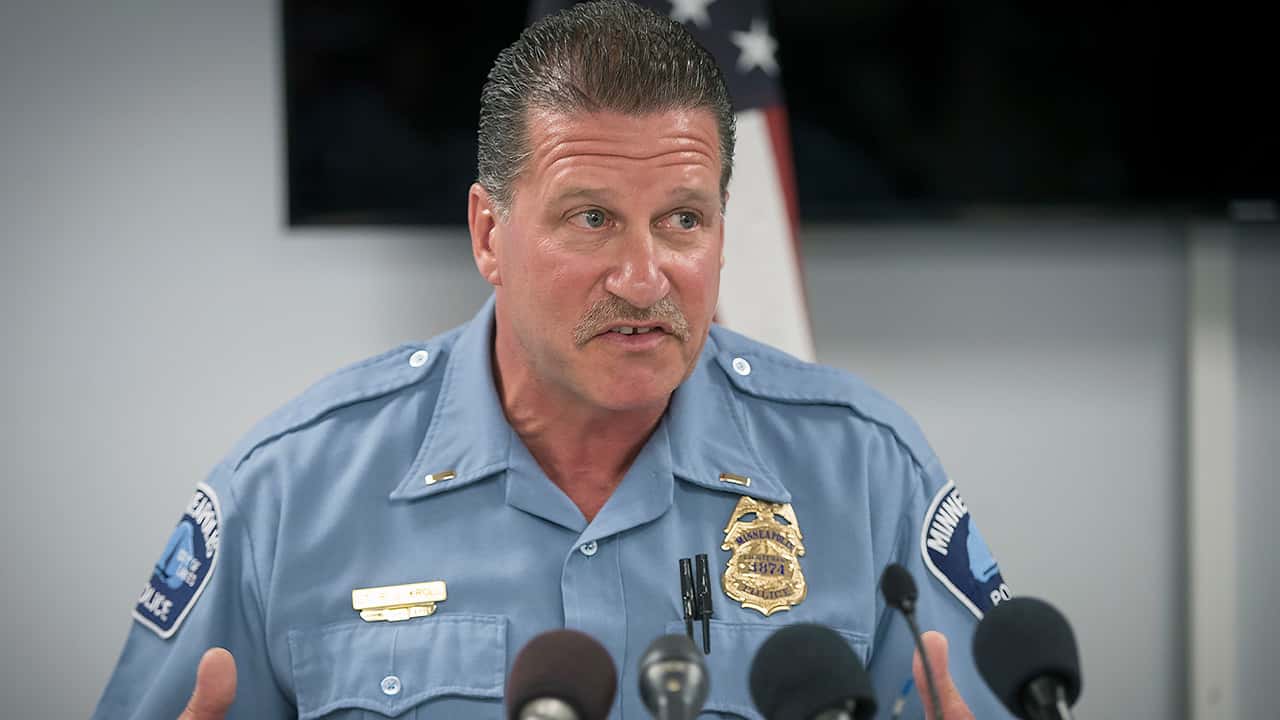 MINNEAPOLIS — The fiery leader of Minneapolis’ police union has built a reputation of defying the city, long before he offered the union’s full support to the officers charged in George Floyd’s death.
When the mayor banned “warrior training” for officers last year, Lt. Bob Kroll said the union would offer the training instead. When the city restricted officers from wearing uniforms at political events, he had T-shirts made to support President Donald Trump. He commended off-duty officers who walked away from a security detail after players on the state’s professional women’s basketball team, the Minnesota Lynx, wore Black Lives Matter T-shirts. And after Floyd’s death, he didn’t hold back as he called unrest in the city a “terrorist movement.”
As Minneapolis tries to overhaul its police department in the wake of Floyd’s death, city leaders will collide with a pugnacious and powerful union that has long resisted such change. But that union and Kroll are coming under greater pressure than ever before, with some members daring to speak out in support of change and police leaders vowing to negotiate a contract tougher on bad cops.
Other unions have publicly called for Kroll’s removal, while public opinion polls show more Americans are shifting their views on police violence and believe offending officers are treated too leniently.
“People recognize that this just can’t just be half-baked measures and tinkering around the edges in policy reform. What we’re talking about right now is attacking a full-on culture shift of how police departments in Minneapolis and around the nation operate,” Mayor Jacob Frey said.
Floyd, a handcuffed Black man, died May 25 after Derek Chauvin, a white officer, used his knee to pin Floyd to the ground. Chauvin has been charged with second-degree murder, third-degree murder and manslaughter. Three other officers were charged with aiding and abetting both second-degree murder and manslaughter.
All four officers were fired, but Kroll issued a statement saying they had the union’s full support and warned against rushing to judgment.
The Minnesota AFL-CIO and some of the state’s biggest unions called for Kroll to quit. Kroll, whom the Star Tribune reported is planning to step down when his term ends in 2021, hasn’t responded to interview requests.

Floyd’s death sparked outrage in Minneapolis and beyond, as protests erupted around the world amid emphatic calls for police reform. In Minneapolis, the first steps are being aimed at the union, long seen as a barrier. Chief Medaria Arradondo said he would withdraw from union contract negotiations to consider structural changes, and Frey is calling on state lawmakers to fix an arbitration process that he said reverses roughly half of police terminations in the state.
In an interview Sunday on “60 Minutes,” Arradondo said Kroll is “absolutely … an influencer.”
“He and others are going to have to come to a reckoning that either they are going to be on the right side of history or they’re going be on the wrong side of history… or they will be left behind,” the chief said.
One of the union’s victories happened in 2007, when it persuaded the city to curtail the power of the Minneapolis Civilian Review Authority by shielding from public view a finding that a complaint had been sustained against an officer.
The union’s power has consistently stymied change, community leaders say.
“It makes it very hard to implement reforms if … the federation is in the background saying, ‘Don’t worry about this, we’ll file a grievance,’” said Steve Fletcher, one of nine City Council members who pledged to revamp the police department. “That sends a strong signal that you can just ignore leadership. That has, over time, created a culture that is very resistant to change.”
When the City Council declined last year to put additional officers on the street, Fletcher described police pushback as a “protection racket.” He said business owners began calling him to complain that officers were slowing response times or not resolving issues, and telling businesses to call their council members.
Police unions across the country are seen as just as powerful, enshrining protections for officers who have been accused of crimes, including such special privileges as allowing them to wait 24 hours to be interrogated. They also have fought against making public misconduct claims, and traditionally lawmakers have been reticent to battle them over fears of being seen as anti-police.
There are signs that the power of police unions may be eroding. In New York, lawmakers passed on party lines a reform bill for the nation’s largest department and others that makes major changes to officer security reviled by the union. 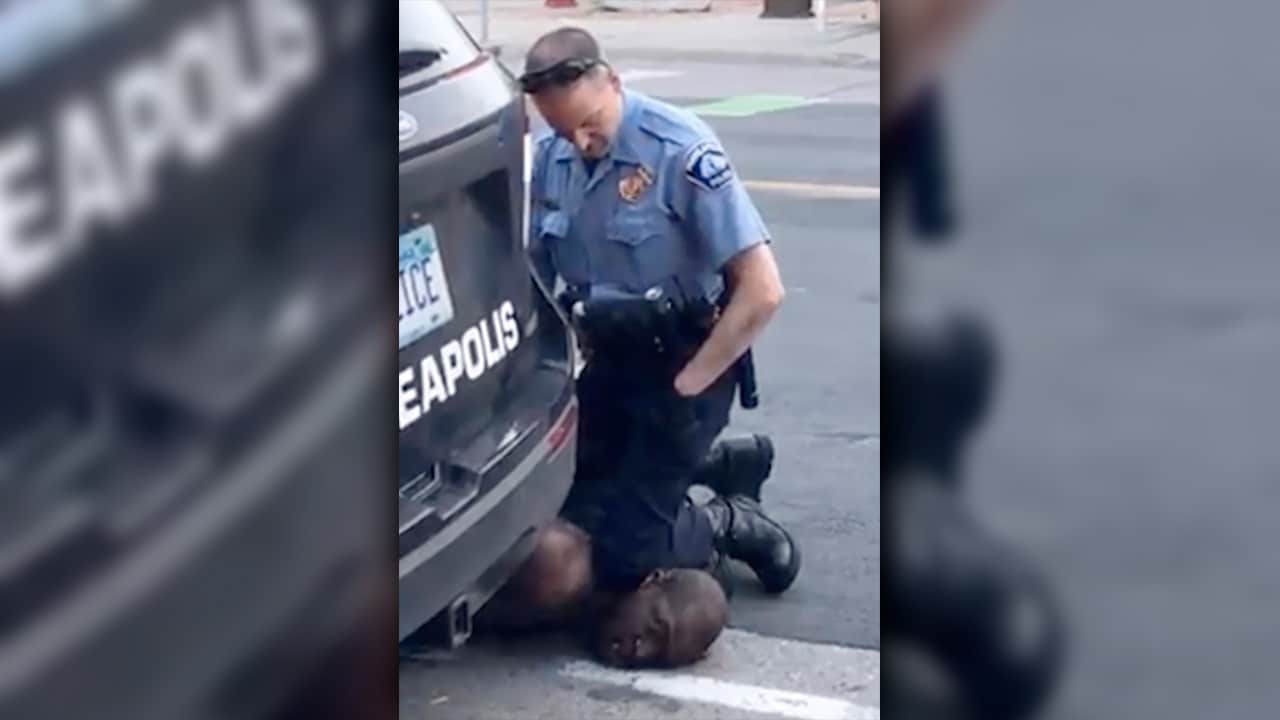 In this Monday, May 25, 2020, frame from video provided by Darnella Frazier, a Minneapolis officer kneels on the neck of a handcuffed man, George Floyd, who was pleading that he could not breathe in Minneapolis. Floyd died and officer Derek Chauvin was charged with murder.  (Darnella Frazier via AP)

In Minneapolis, 14 officers signed an open letter condemning Chauvin, saying they “stand ready to listen and embrace the calls for change, reform and rebuilding.” The move was seen as a big deal for a police department where such public dissent is rare.
A recent poll by The Associated Press-NORC Center for Public Affairs Research found that when compared with five years ago, more Americans believe police brutality is a very serious problem that unequally targets Black Americans. The poll also found that Americans are far more likely now than they were five years ago to say that police officers who cause injury or death in the course of their job are treated too leniently by the justice system.
Allen Berryman, a retired police sergeant and president of the union for most of the 1990s, said the union is doing its job.
“People like the idea of due process for themselves when they get arrested … or anything like that, but they don’t seem to like it” for officers, he said, adding that a lack of progressive discipline by management is part of the problem.
In answers to emailed questions from The Associated Press, Assistant Chief Mike Kjos said issues involving discipline are complex and the union’s involvement is just one piece. One hurdle, he said, is that discipline handed out in past cases may be used as precedent for present cases that result in light punishment.
“It’s not impossible, but it does present challenges for increased levels of discipline when previous administrations may have operated from a different lens on accountability,” he said.
Michael Friedman, who chaired the Civilian Review Authority for three years, said the union’s history of supporting officers “without any common regard for community standards for what policing should be” is a problem “that rightfully frustrates many.”
“But it’s also very convenient for others to say, especially right now, ‘Hey, it’s a union problem,’ ” Friedman said. “And say if we change the union, or get rid of the union, or remove a right or two, that changes everything.”