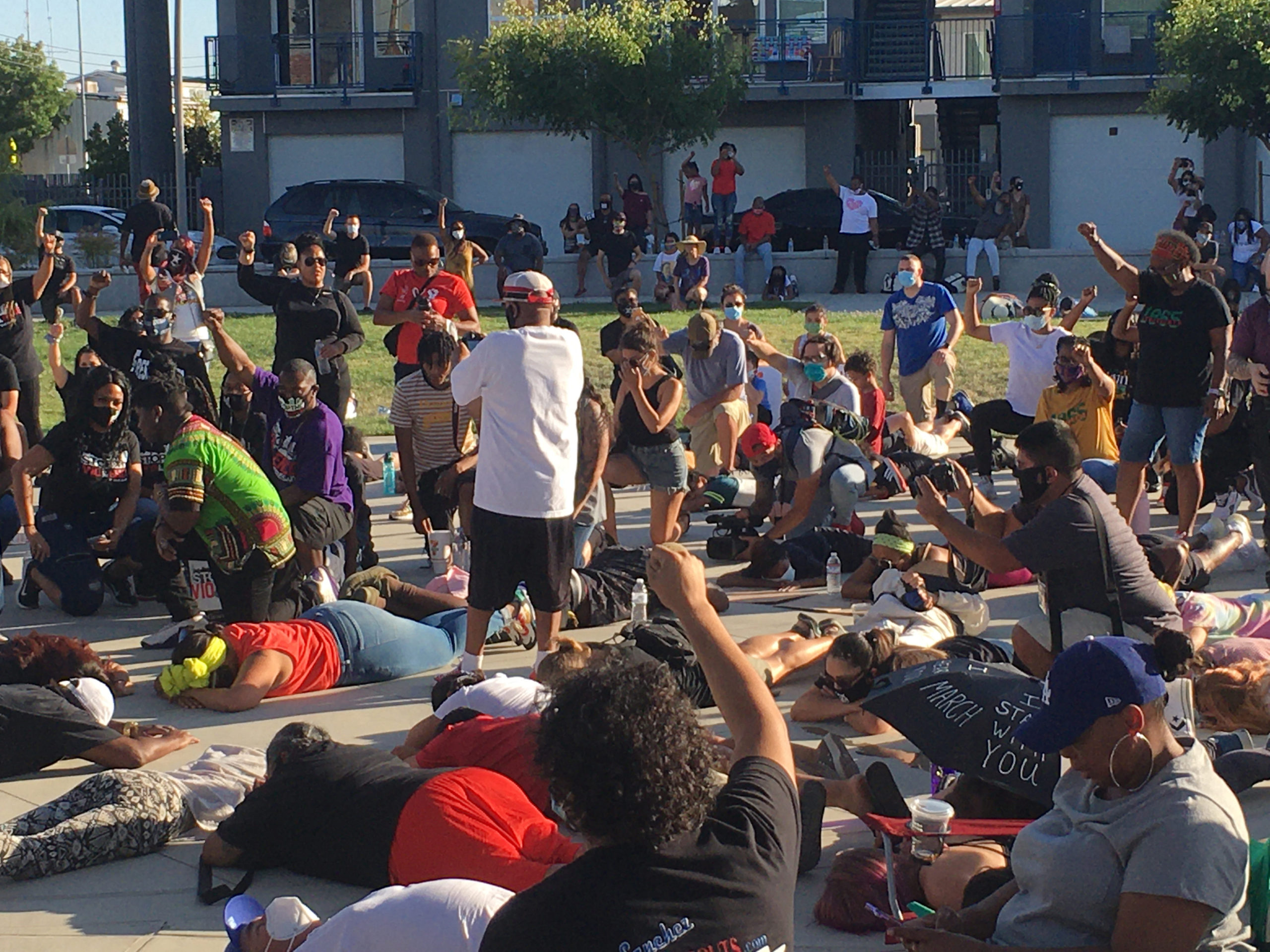 In a slightly condensed version, hundreds gathered in the triple-digit heat at Cultural Arts Park on Friday night to dance, mingle and protest. 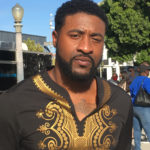 “It’s just a lot of things in one that inspired me to go ahead with Juneteenth.” — Organizer Adrian Harris

The events surrounding the death of George Floyd at the hands of Minneapolis police motivated Harris to create Friday’s event instead.

“Everyone just pushing forward, the black community, just empowering us as a whole with the whole police brutality. It’s just a lot of things in one that inspired me to go ahead with Juneteenth,” Harris said.

Many attending the event wore masks. Water and other snacks were available, including a food truck from Barb’s Soul Food.

Fresno firefighters were on hand. One said they were there to show support, but also to be available in case someone needed medical assistance.

A Message of Struggle and Hope

While the atmosphere was festive, event goers heard messages of black unity and struggle.

“Thank God people will no longer judge us by the color of our skin, but they would pay attention and honor the content of our character,” Pastor B.T. Lewis of Rising Star Missionary Baptist Church preached.

Hundreds participated in a silent protest, either laying face-first on the ground like George Floyd, taking a knee or raising a fist in the air.

Fresno County Board of Education Trustee Daren Miller talked about the importance of voting.

Leading the crowd in a chant, Fresno State NAACP President D’Aungillique Jackson told the crowd “It is a duty to fight for our freedom. It is a duty to win. We must love and protect one another. We have nothing to lose but our chains.”

The celebration of Juneteeth started with the freed slaves of Galveston, Texas. Although the Emancipation Proclamation freed slaves in the South in 1863, it could not be enforced in many places until after the end of the Civil War in 1865.