No River Park Riot. Just Quincy Pondexter and the Community. 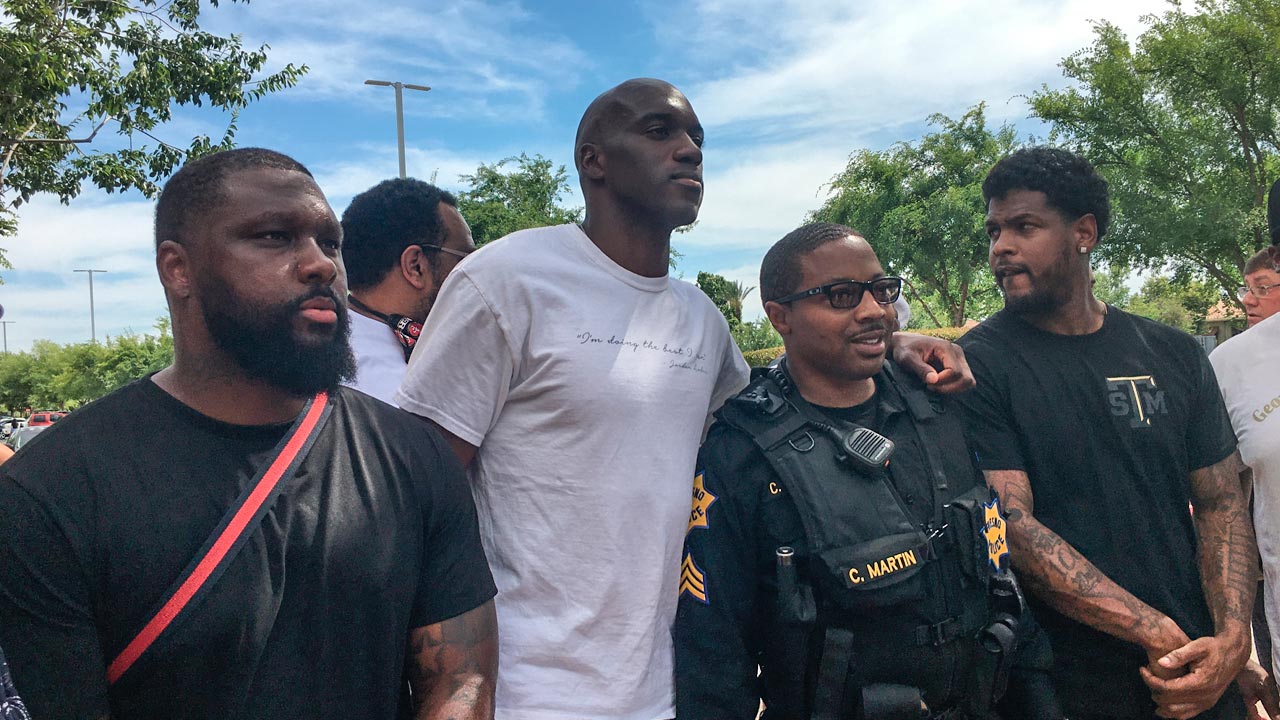 The most dangerous thing at River Park on Tuesday afternoon was a skateboarder rolling along the sidewalk.

As 4 p.m. came and passed, a threatened riot at the shopping center in northeast Fresno never materialized.

Instead, nearly 100 members of the community joined Fresno police to keep the shopping center and its patrons safe.

Rumors circulated online about a violent protest at River Park on Tuesday afternoon to protest the death of George Floyd in Minneapolis.

Those rumors were quickly denounced by Fresno’s black community, including leaders from the NAACP Fresno State chapter, which had organized a 3,000-strong rally at City Hall on Sunday. 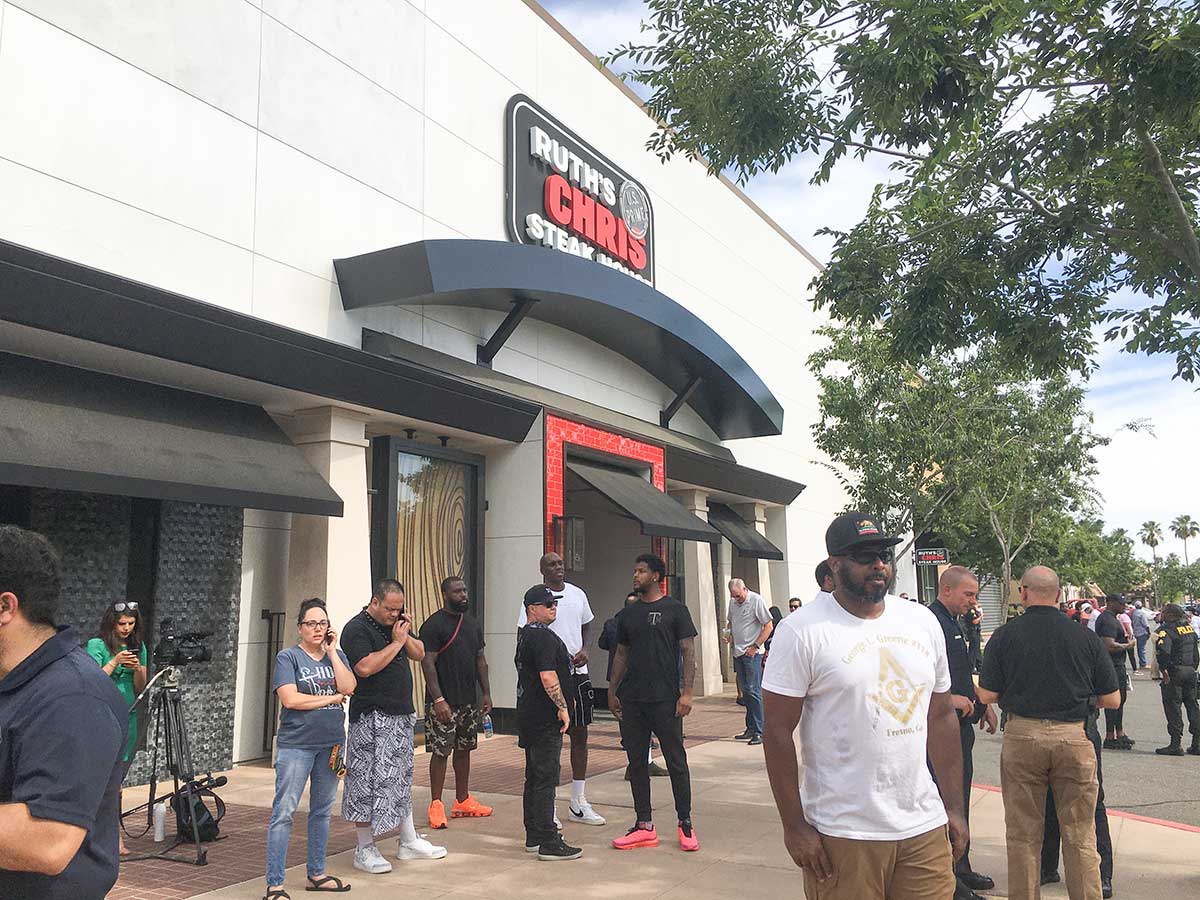 The Community Comes to Protect at River Park

Organized by Pastor D.J. Criner, and businessmen Chris Milton and Terrance Frazier, the group met at 3 p.m. in front of Edwards Theater. The gathering included members of the faith community, elected leaders, but mainly community members who didn’t want the memory of George Floyd to be destroyed by looters and agitators.

“Our children’s futures matter. So, Father, bless us, Lord. Our color, our black skin, Father God, is important to us because you gave it to us. We want to make sure that legacy does not get destroyed by a group of white supremacists.” — Pastor D.J. Criner

“Our children’s futures matter. So, Father, bless us, Lord. Our color, our black skin, Father God, is important to us because you gave it to us,” Criner prayed. “We want to make sure that legacy does not get destroyed by a group of white supremacists.”

After a meeting in one of the shopping center’s community rooms, the group stationed in front of Ruth’s Chris Steak House, the gathering spot of the alleged riot. The guardians then spread out to other areas of River Park to keep watch.

Danielle Jones said she’s been protesting at events for 30 years.

Hall said Fresno stood out for its dedication to peaceful protest, while much of the rest of the country has experienced riots and looting.

“It’s something special going on here. We should embrace it,” Hall said.

The police chief said that he never put much legitimacy in the riot threats.

Hall said the case is under investigation, working with “federal resources.”

“We believe we have somebody identified. We’re still working through it,” Hall said.

Possible criminal charges include “terrorist threats or other violations or maybe parole or probation.”

In addition to River Park, Hall said he had uniformed and undercover officers at other Fresno shopping centers.

Many Stores Closed, Boarded Up

Anticipating the worst, several stores boarded up their storefronts and closed early for the day. Target shut down at 3 p.m.

The shopping center gave stores the option on how to operate for the day.

“It’s sad. (Stores) just open their doors after COVID-19, and they were just starting to get a little bit back into the groove,” River Park spokeswoman Tracy Kashian said.

Watch: Why Some Stores Boarded up Tuesday