I am 'the President of Law and Order,' Trump Declares 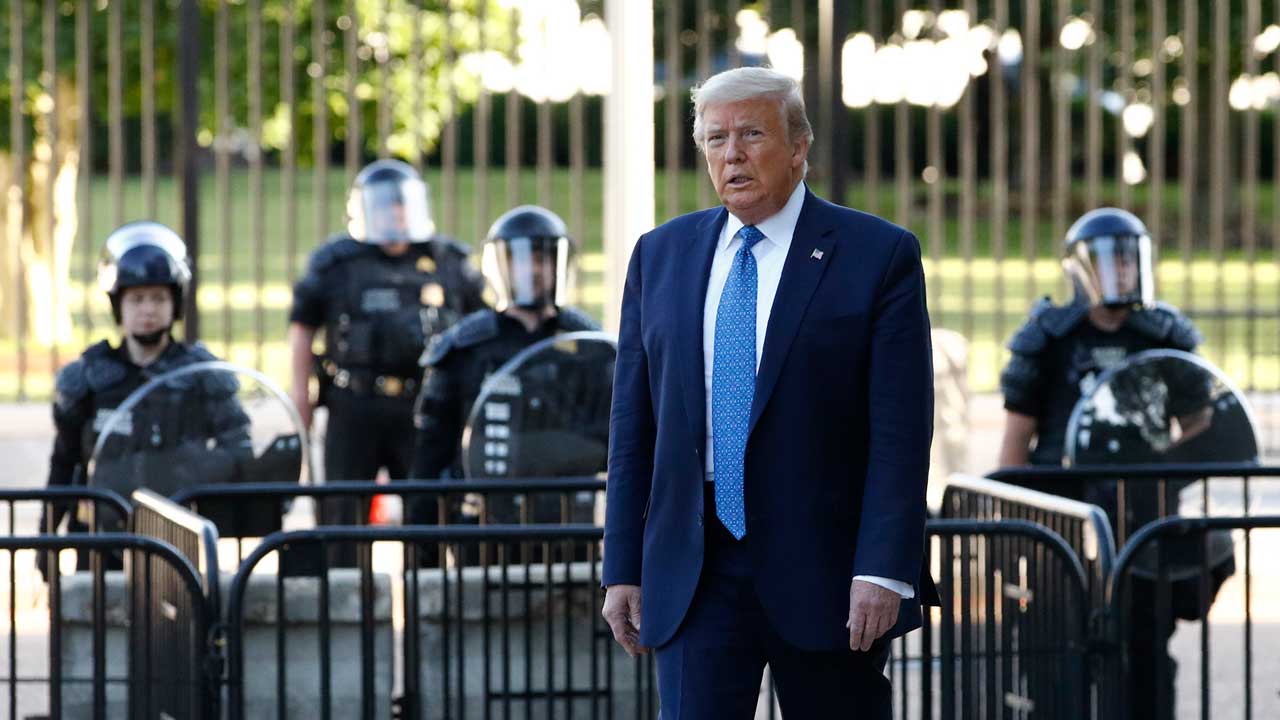 WASHINGTON — Amid racial unrest across the nation, President Donald Trump on Monday declared himself “the president of law and order” and threatened to deploy the United States military to American cities to quell a rise of violent protests.

As Trump spoke, an incredible TV split-screen developed around the White House. While he addressed the nation in the White House’s idyllic Rose Garden, a series of military vehicles rolled out front on Pennsylvania Avenue and military police and law enforcement clashed with protesters at Lafayette Park.

Those peaceful demonstrators were cleared so Trump could walk across the park to St. John’s Episcopal Church, known as “The Church of the Presidents,” which suffered fire damage in a protest this week. Holding a Bible, he then stood with several of his Cabinet members as the cameras clicked.
“We have the greatest country in the world,” Trump declared. “We’re going to keep it safe.”
Trump said he would mobilize “thousands and thousands” of soldiers to keep the peace if governors did not use the National Guard to shut down the protests. Loud tear gas explosions could be heard as authorities moved what appeared to be peaceful protests in the park. The escalation came just after Attorney General William Barr came to the park to to survey the demonstrators.
According to senior defense officials, between 600 and 800 National Guard members from five states were being sent to Washington to provide assistance. Those troops were either already on the ground or will arrive by midnight.

Under the Civil War-era Posse Comitatus Act, federal troops are prohibited from performing domestic law enforcement actions such as making arrests, seizing property or searching people. In extreme cases, however, the president can invoke the Insurrection Act, also from the Civil War, which allows the use of active-duty or National Guard troops for law enforcement.
The officials said that some of the National Guard in D.C. will be armed and others will not. They said that the D.C. guard members do not have non-lethal weapons. The military police that are visible in the city are members of the Guard. 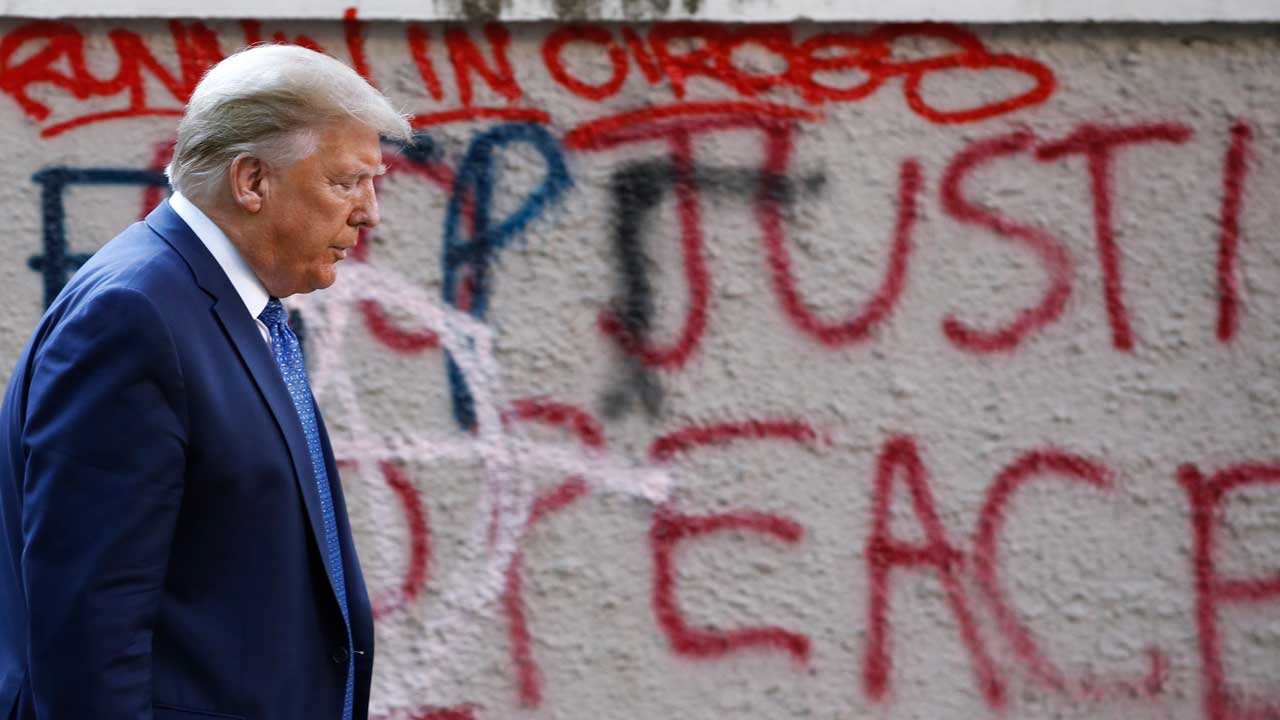 Surrounded by Fresno Police in Case of Mistaken Identity, ‘The Kid is Scared to Death’