Four members of the Fresno Unified School Board took the rare step last week of rejecting a School Bond Oversight Committee member nomination made by one of their fellow trustees and recommended for approval by Superintendent Bob Nelson.

What’s not clear is whether the “no” votes signified the quartet’s continuing opposition to Trustee Terry Slatic, who they voted to censure last year, or unhappiness with the nominee, parent Andrew Fabela, whose questions and critiques of the district routinely occur at board meetings.

Maybe it was both.

Before there was even a motion on the floor, Trustee Claudia Cazares explained that she had asked to have the nomination pulled from the consent agenda so she could register a “no” vote.

After Slatic moved to nominate Fabela, there was no second — but that didn’t stop trustee Veva Islas, board president Keshia Thomas, and board clerk Valerie Davis from chiming in that they were not seconding the motion but wanted to “register” a “no” vote.

Trustee Carol Mills cautioned the board members about taking such action: “I understand individual trustees may have some concerns about the person that Trustee Slatic has nominated, but I feel that each trustee, if they nominate someone who is meeting the qualifications to serve, that we should allow them their selection unless they are otherwise disqualified under the rules.”

None of the trustees, however, talked about whether Fabela is qualified to serve. After Slatic’s motion died for lack of a second, the trustees approved a motion not to name Fabela to the citizens’ panel that oversees bond measure spending on a 4-2 vote, with Cazares, Davis, Islas, and Thomas voting aye, Mills and Slatic voting no, and Elizabeth Jonasson Rosas abstaining.

Meanwhile, the board unanimously approved the nomination by Thomas of former trustee Cal Johnson to the Bond Oversight Committee as part of the consent agenda. Both Johnson’s and Fabela’s nominations had been recommended for approval by Nelson.

Cazares, Davis, Islas, and Thomas did not respond to emails from GV Wire last week asking them for more information on their opposition to Fabela’s nomination.

In an email to GV Wire, Fabela said he believes the board vote to reject him was “due to hatred and prejudice towards Trustee Slatic and a bias against, and a disdain towards me because they often don’t like the questions I ask the board. 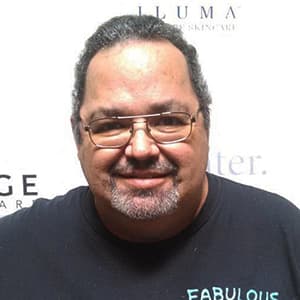 “I was deemed completely qualified for the position by Fresno Unified yet Trustees Cazares, Johansson-Rosas, Islas, Thomas, and Davis refused to vote for my appointment. I believe there is beginning criminal bias that is affecting the people being represented. Former Trustee Cal Johnson got voted in no problem. The District’s Board is not supposed to be endorsing bullying, prejudice, hatred, personal bias, or negativity of any kind. I think this needs to be looked into for the sake of Area 7.”

How Fresno Fared in Last Pandemic

In case you’ve been wondering how we did the last time a pandemic hit Fresno — a century ago — Fresno State history professor Ethan Kytle can tell you all about it.

Kytle, the history department chairman, is mining the archives of the Fresno Morning Republican, then the city’s leading daily newspaper, to learn how life changed for Fresnans in 1918 after the Spanish flu arrived.

One of the key differences between then and now was how we communicate. Then, we had the telephone, telegram, newspaper, and the U.S. mail. Today, of course, we have a vast number of media to choose from, social and otherwise, many operating at lightning speed so we can get both Real News and Fake News much more quickly.

Fake News also was a problem a century ago, Kytle has learned. Dr. Chester Rowell, a physician who was founder and editor of the Morning Republican, wrote an editorial about flu-driven gossip that the good doctor said either exaggerated the flu’s threat or minimized it.

Said Kytle: “But he was very clear about one thing: the latter form — which downplayed the threat — was ‘the most dangerous.’ ”

Kytle is publishing his findings in a series of dispatches for the Tropics of Meta, an academic blog.

Where Are These Seniors Headed?

Members of Clovis Unified’s Class of 2020 don’t know yet how they will be celebrating their graduation — that’s something that Superintendent Eimear O’Farrell and district high school principals will hash out in a Facebook Live session on Friday.

But for Clovis West High School seniors, the celebrating has already begun. The school’s “CW Accepted” social media campaign is helping graduates announce which school they’ll head to this fall.

Seniors should send a photo with their acceptance letter, or a symbol of their college, university, or military branch, to Bryan Speed, Clovis West activities director, at bryanspeed@cusd.com. 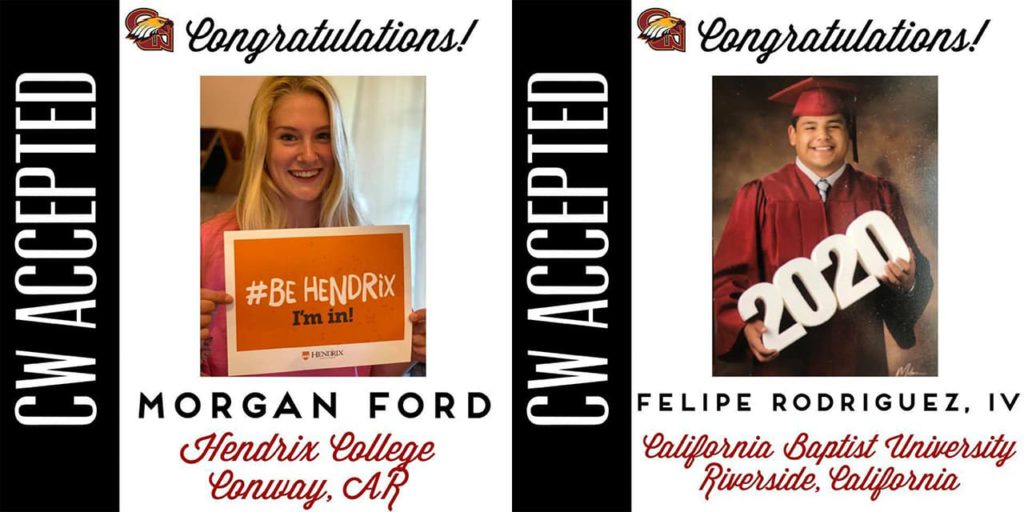 As for next Friday’s Facebook Live session, the district says, “We know our seniors and their families have lots of questions. We want to reassure them that seniors will have a Clovis Unified graduation experience at the end of this school year, but in what format, we have not fully determined.”

O’Farrell and the principals have been compiling questions and suggestions sent to them that will be considered in the planning for the Class of 2020’s commencement.

While toilet paper, Clorox Wipes, and hand sanitizer are still at the top of most shopping lists these days, for some of us no list would be complete without at least a little bit of wine to help us survive our coronavirus hermitage.

And has the Fresno State Winery got a deal for you! The winery is offering a $5 shipping special on in-state, online orders of three or more bottles.

But wait, there’s more: Four new releases, Cabernet Sauvignon (2018), Pinot Gris (2019), Tailgate Rosé and Tailgate White, that were bottled this spring, will be discounted by 15%.

The current selection features 21 wines made by Fresno State viticulture and enology students from quality grapes from campus and other vineyards across the Central Valley and Central Coast regions.