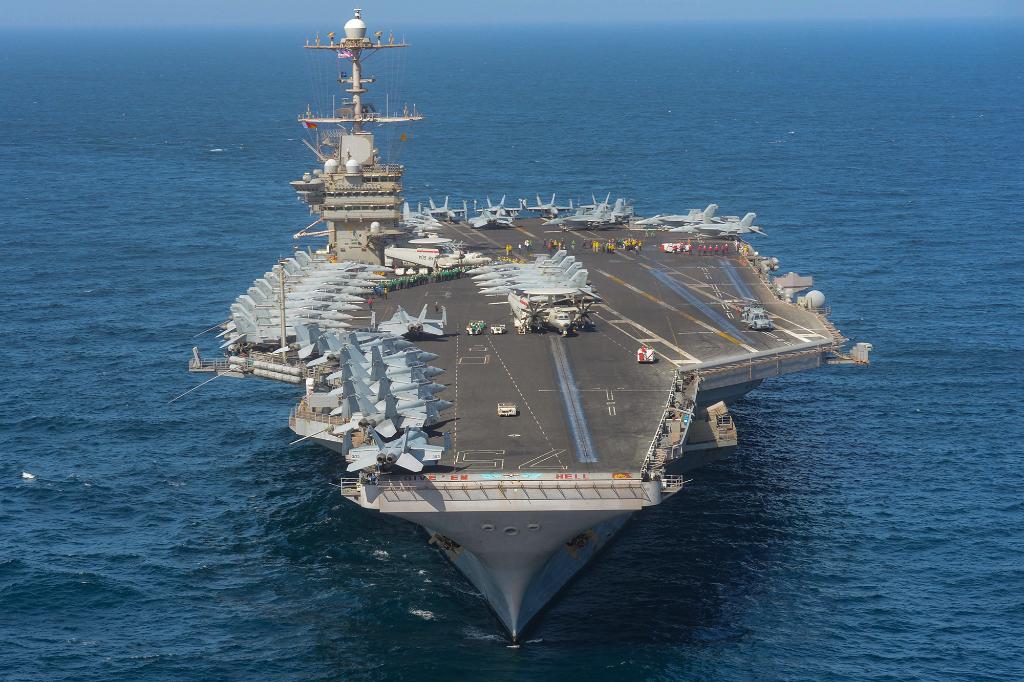 An expected homecoming for NAS Lemoore-based sailors onboard the aircraft carrier USS Harry S. Truman is being delayed. The Navy announced Monday that the ship will remain deployed and at sea as a precaution against COVID-19 and to ensure fleet readiness.

The ship is heading back to the United States following the completion of deployments in the Middle East and Mediterranean. The Truman left its home port of Norfolk, Virginia in late November.

Several hundred local enlisted personnel and officers are deployed with the nuclear-powered carrier. They’re assigned to the “Knighhawks” fighter squadron (VFA-136) based at the Navy’s master jet base outside of Fresno.

“We recognize that these are unique circumstances and the responsible thing to do is to ensure we are able to answer our nation’s call while ensuring the health and safety of our Sailors.” — Rear Admiral Andrew Loiselle

The Truman will now continue its deployment and conduct advanced training in the Atlantic, off the U.S. East Coast.

The Navy wants to keep the crew healthy and available should military needs arise. Other carriers in the fleet, including the USS Theodore Roosevelt, are dealing with COVID-19 outbreaks among their crews.

“The ship is entering a period in which it needs to be ready to respond and deploy at any time,” said Vice Adm. Andrew Lewis, commander U.S. 2nd Fleet. “Normally we can do that pierside, but in the face of COVID-19, we need to protect our most valuable asset, our people, by keeping the ship out to sea.”

JUST IN: The #USNavy‘s Harry S. Truman Strike Group will remain at sea so it can respond to a rapid surge or forward deployment order.

Navy Has Highest Number of Infections Among Branches

The Navy is battling an outbreak of COVID-19 among its servicemembers. As of Monday, officials said 1,056 total cases have been confirmed. That’s the highest number of COVID-19 cases among U.S. military branches.

“After completing a successful deployment we would love nothing more than to be reunited with our friends and families,” said Rear Admiral Andrew Loiselle, commander of Carrier Strike Group 8 in a statement.

“We recognize that these are unique circumstances and the responsible thing to do is to ensure we are able to answer our nation’s call while ensuring the health and safety of our Sailors. We thank you for your continued love and support as we remain focused on this important mission.”

On Monday, the Navy reported one sailor on board the aircraft carrier USS Theodore Roosevelt died from COVID-19. Close to 800 Valley sailors are deployed on the Roosevelt, where COVID-19 has infected 585 sailors. The carrier is docked in Guam and more than 4,000 crew members have been taken off the ship and placed in isolation rooms on the island.

Warnings about the extent of the outbreak aboard the USS Roosevelt from the ship’s captain, Brett Crozier, ultimate resulted in his removal from command by Navy leaders.

Smaller outbreaks have been reported on the carriers USS Ronald Reagan and the USS Nimitz. Both warships are currently in port.

Navy officials said they will continue to evaluate conditions and will update the carrier’s crew and their families in about three weeks.

COVID-19 ‘Transition’ Plan for California Coming Today. What to Expect.