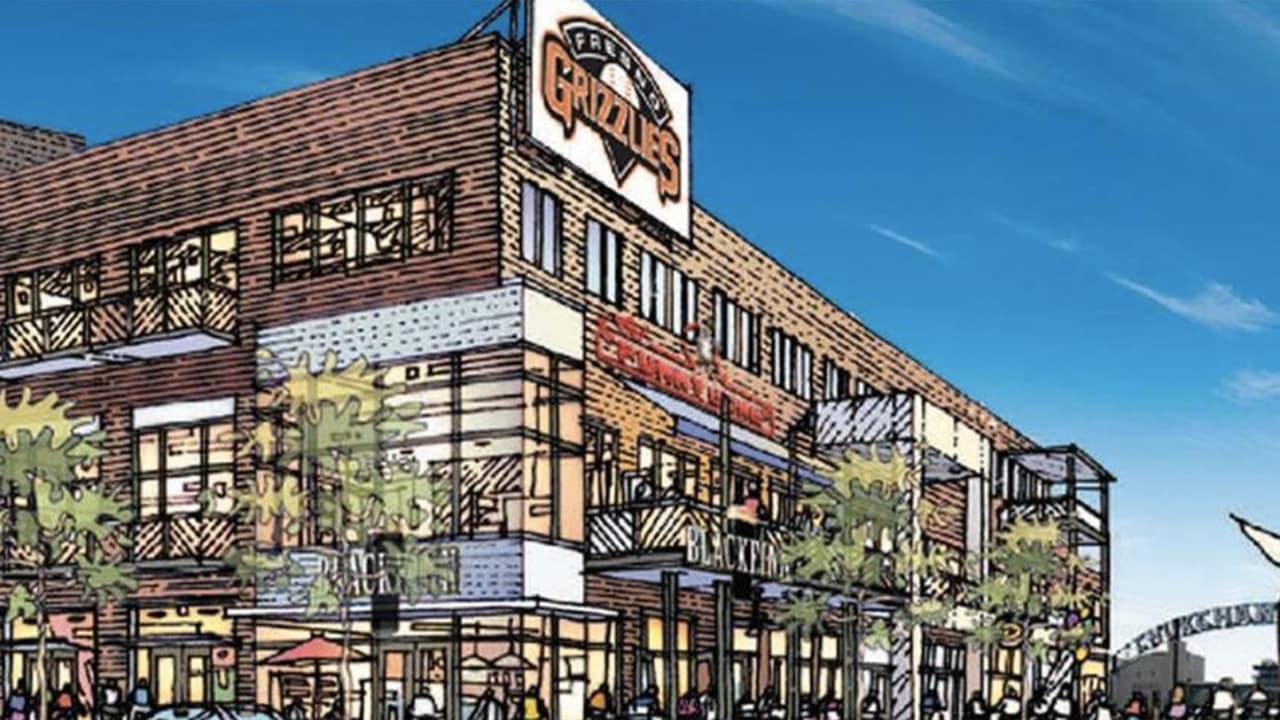 A downtown Fresno redevelopment project six years in the making is seeking another extension.

Developers for the South Stadium Project are asking for one more year to negotiate a deal with the city for a building on Fulton Street. The Fresno City Council, acting as the Housing Successor to the Redevelopment Agency, will discuss at its regular meeting on Thursday.

The Berkeley’s Building “is badly in need of remediation and structural repair. … I doubt that anyone has gone to the level of due diligence we have and understand what steps need to be taken to bring the building into an environmentally safe condition for occupancy.” — developer Mehmet Noyan, in a letter to the city of Fresno

The city received proposals for the now-$18 million project in 2014, choosing Noyan Frazier Capital, LLP, to redevelop portions of downtown Fresno. What was once a five-phase project is now down to just two along Fulton Street — an empty lot at the northwest corner of Fulton and Inyo streets and, three doors down, a vacant property known as the Berkeley’s Building that once housed a women’s clothing store.

The sale price from the city to Noyan Frazier Capital? One dollar per property.

After the city awarded Noyan Frazier Capital its request for proposal, the two sides negotiated a deal known as a Disposition and Development Agreement on how the properties should be developed.

The first DDA, completed in 2016, covered Phase 1 of the project — a vacant lot at Fulton and Inyo called “The Park.” The plan remains a four-story mixed-use building for retail and affordable housing.

Construction was supposed to start by June 30, 2018. Various delays, mainly to secure state funding, pushed back those timelines. The current construction start date is by Nov. 20, 2020. 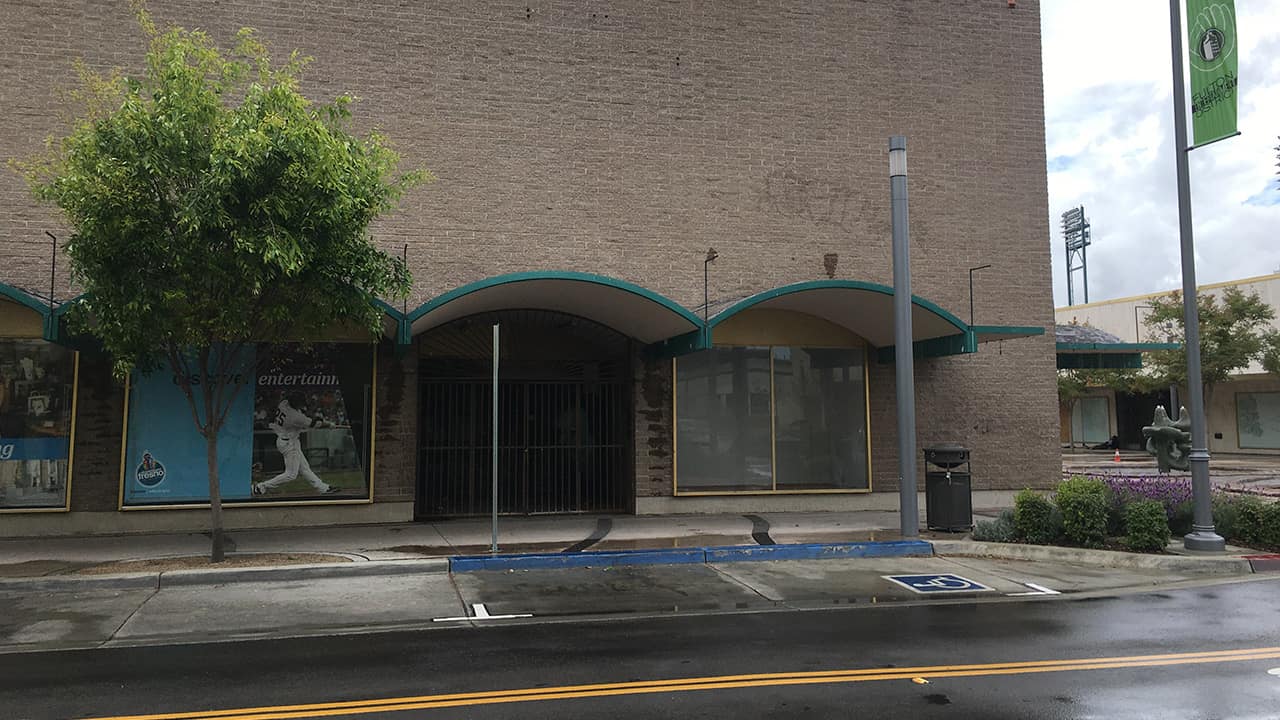 The Berkeley’s Building, which opened in 1961, once housed an upscale women’s clothing store on the south end of the Fulton Mall. (GV Wire/David Taub)

The Phase 1 DDA allowed for Noyan Frazier Capital to negotiate exclusively for the Berkeley’s Building at 887 Fulton Street, identified as Phase 4. The property is owned by the Housing Successor — another level of government created years ago when then-Gov. Jerry Brown dissolved local redevelopment agencies.

This would be the third extension of the negotiation period. In return, Noyan Frazier Capital would pay a $5,000 fee.

Noyan Frazier Capital is asking the council to extend the negotiation period for a DDA of Phase 4 through April 11, 2021 (it is set to expire Saturday), with construction to start by Dec. 31, 2021.

This would be the third extension of the negotiation period. In return, Noyan Frazier Capital would pay a $5,000 fee.

In a letter to the city, Managing Partner Mehmet Noyan wrote that the Berkeley’s Building “is badly in need of remediation and structural repair. … I doubt that anyone has gone to the level of due diligence we have and understand what steps need to be taken to bring the building into an environmentally safe condition for occupancy.”

Noyan said that his company has spent more than $50,000 on the building’s preparations. He declined to talk to GV Wire for this story.

City Council President Miguel Arias said another delay was to determine whether the Berkeley’s Building, which opened in 1961, was historic.

“There is no historical designation … (the options) are now to level it, start from scratch, or have a different use,” Arias said. “This extension would give them time to evaluate those options.”

“If the South Stadium project does not commence construction on time, this DDA would automatically terminate.” — Fresno City Council President Miguel Arias

Arias said he has been hesitant to extend other negotiations without meeting deadlines. Last month, he asked critical questions of another downtown DDA extension involving developer Cliff Tutelian.

“If the South Stadium project does not commence construction on time, this DDA would automatically terminate,” Arias said. 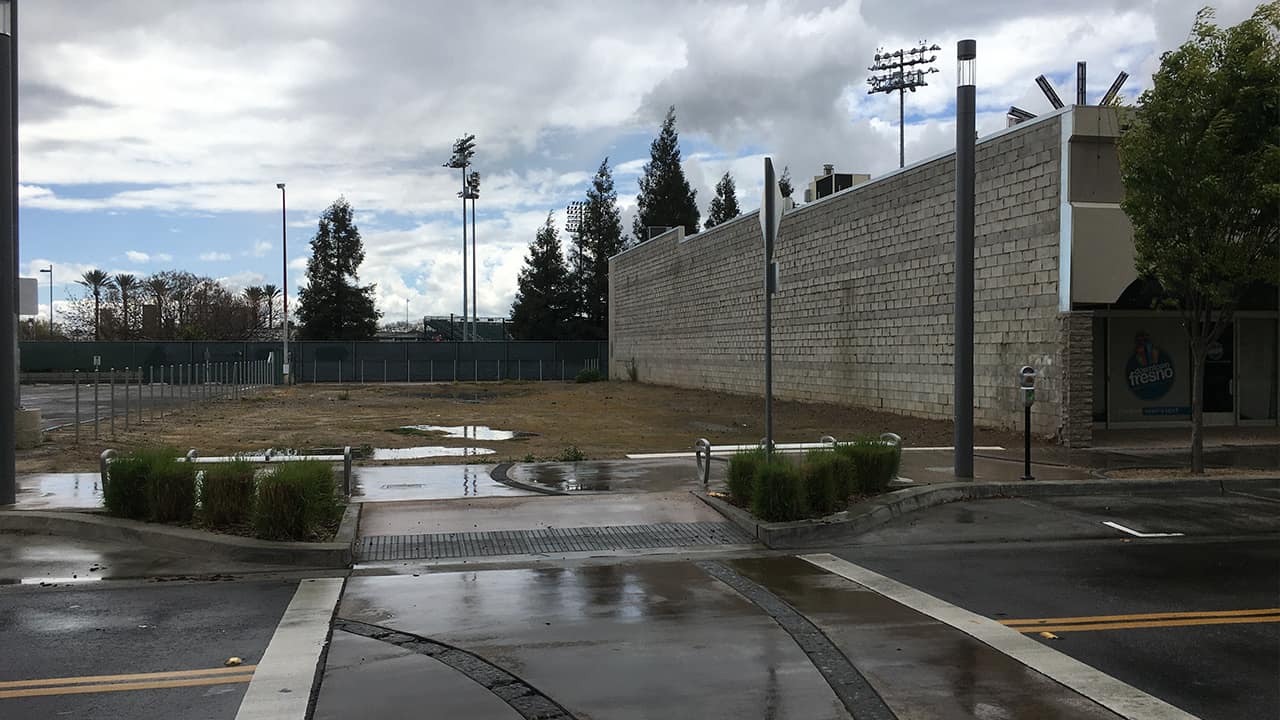 Noyan Frazier Capital, LLP, has a deadline to break ground of Nov. 20, 2020, to develop this empty lot at Fulton and Inyo. (GV Wire/David Taub)

Last year, the city council approved nearly $659,000 for the project to cover a shortfall in funding by a 4-1 vote.

Councilwoman Esmeralda Soria recused herself because she was in a romantic relationship with Frazier. The two are now engaged.

Councilman Garry Bredefeld voted no and later called for a revote because he said a key piece of information was missing — the fact that Frazier had filed a claim against the city.

Frazier filed the claim — initially for $10 million, but revised to more than $10,000 to conform with city filing standards — accusing the city of a biased audit against his nonprofit Central Valley Community Sports Foundation.

The city performed the audit looking into CVCSF’s subsidy to operate the Granite Park sports facility. The report said there were many bookkeeping irregularities, but no malfeasance.

Frazier denied wrongdoing and filed a claim as a prelude to possible legal action.

Arias said Frazier’s claim will have no bearing on his downtown project.

“These items are addressed on their own merits,” Arias said.

Arias said he could not provide an update on the status of Frazier’s claim.