Fresno 'Makers' Have Joined the Battle Against the COVID-19 Virus 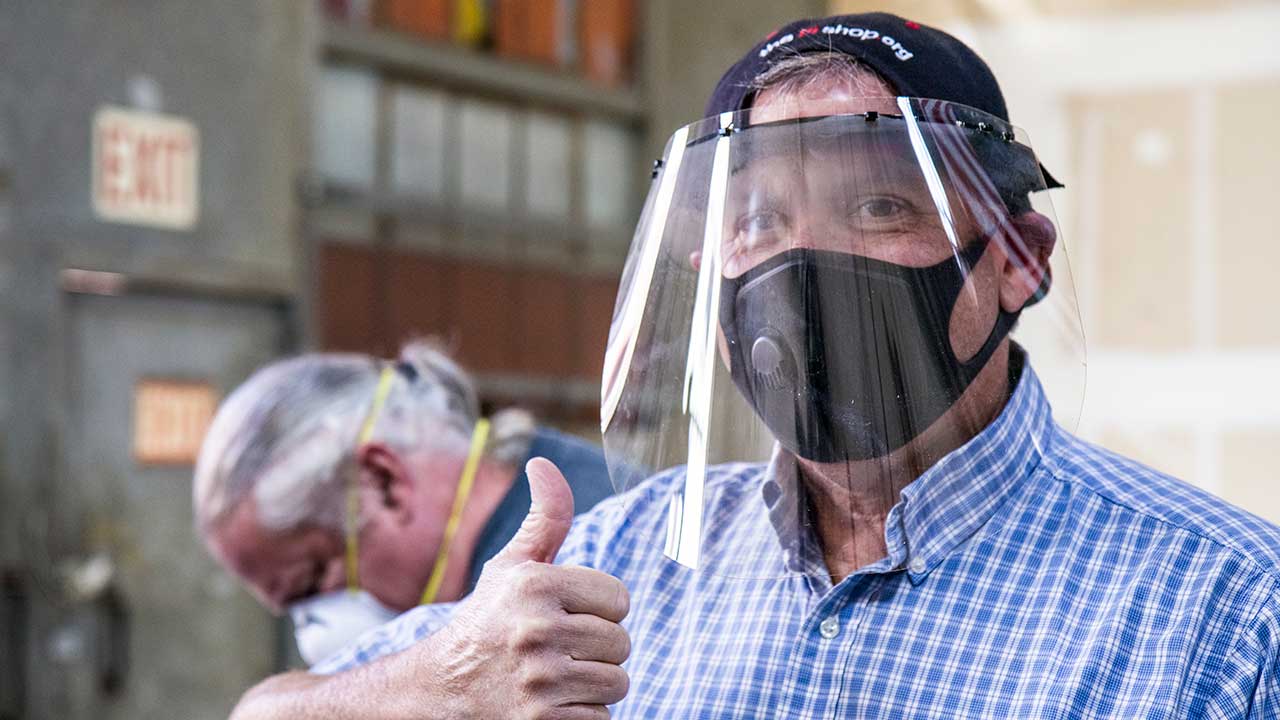 An innovative “maker space” in downtown Fresno is joining the fight against COVID-19.

Members of The Pi Shop, a product incubator for local entrepreneurs, developed a high-quality face shield for medical personnel on the front lines of the battle.

Now, they’re able to make hundreds of them a day to fill the urgent need for personal protective equipment in the Valley and elsewhere.

“We have a four-by-eight (foot), 150-watt laser table where we can make these face shields all day long,” says The Pi Shop founder Mark Jackson.  “And it’s very durable.”

Jackson launched the incubator in 2017. It’s now housed in the renovated Peerless Building in Fresno’s downtown Mural District. The Pi Shop adjoins Blue Dolphin Design and Engineering, which helps inventors and other creators from around the world build prototypes of their new products and bring them to market. 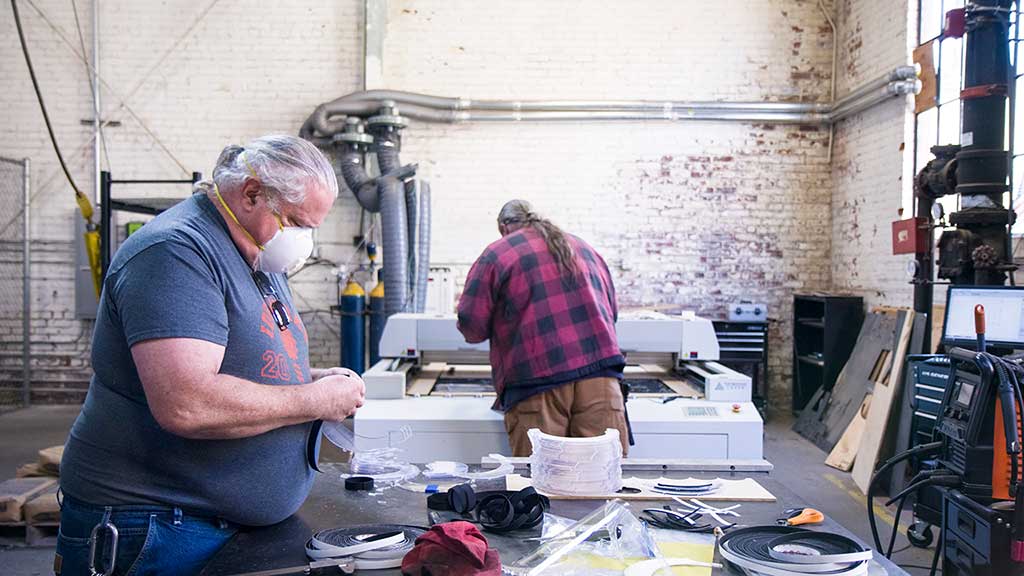 “I started Blue Dolphin 21 years ago,” Jackson said. “We have 8,000 square feet here with a number of tools and machines that can be used to make things.”

Those resources, along with creative people who have suddenly found themselves with time on their hands, are once again being put to very productive use.

“So, because of the coronavirus, The Pi Shop basically kind of had to close its doors temporarily because we couldn’t allow groups or people to come in to use the space,” Jackson said.

Teamed With Other ‘Makers’ on Face Shield Project

But he soon began talking with his members and those from other local “maker” groups about the contribution they could make to help overcome the pandemic.

“And that led to this particular face shield,” Jackson said. It’s made with a polycarbonate shield and acrylic top that can be easily and quickly disinfected, he said.

“It’s very durable. This could probably last for years.”

‘Coming Together in Time of Need’

The contribution being made by The Pi Shop is exactly what realtor and developer Nader Assemi had in mind when he renovated and opened the Peerless Building in 2018.

The 30,000 square foot, mixed-use site is for retail, commercial and industrial uses.

“Really, this is a building of startups,” Assemi said. “We wanted the Peerless Building to be anchored kind of by a maker space. And, as luck would have it, Mark was looking for a space to open up.”

“So, it’s kind of ironic now that all of our tenants are coming together in a time of need and applying skill sets they have in their daily jobs to, you know, meet the immediate need in our community — and really in the state and around the world.”

Despite Income Losses from Crisis, Most Not Worried About Their Finances.