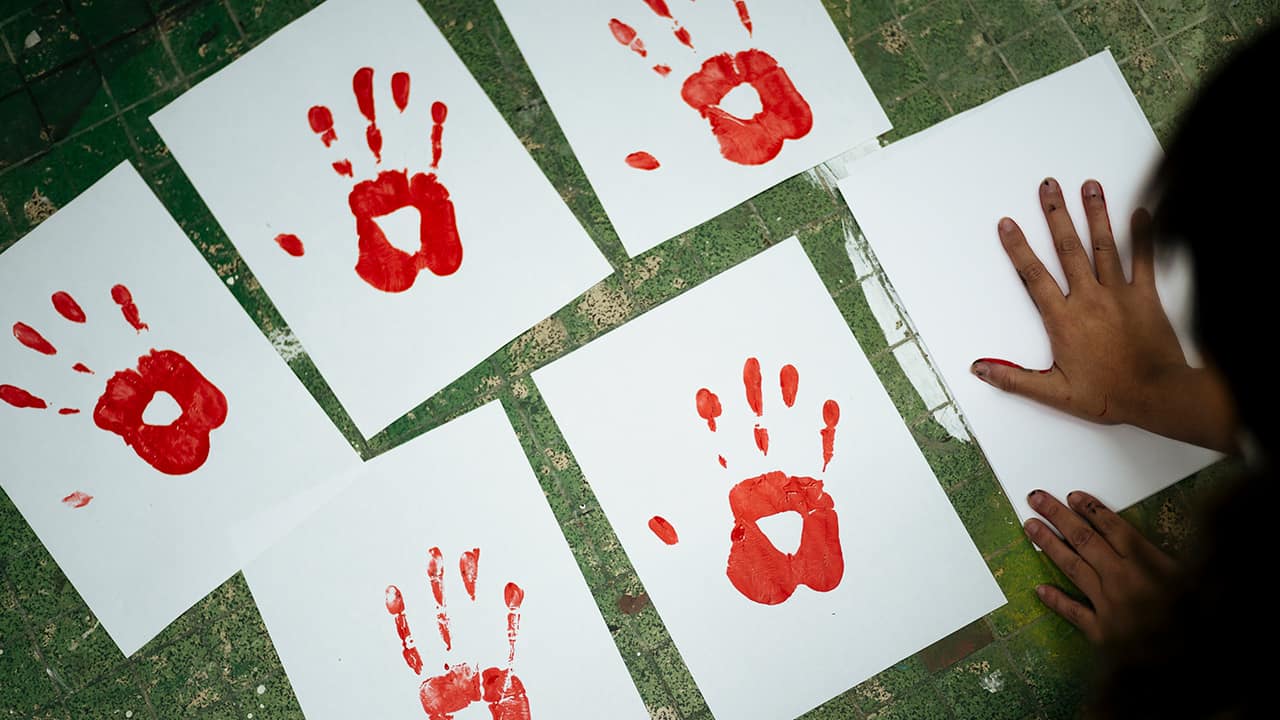 “Safer at Home.” It’s a slogan of choice for the mandatory confinement measures aimed at curbing the spread of the coronavirus. But it’s not true for everyone.

Officials Have Been Bracing for a Spike in Abuse

In Los Angeles, officials have been bracing for a spike in abuse. “When cabin fever sets in, give it a week or two, people get tired of seeing each other and then you might have domestic violence,” said Alex Villanueva, the sheriff of Los Angeles County.
“We started getting on this as soon as soon as we started seeing the handwriting on the wall,” said Patti Giggans, executive director of the nonprofit Peace Over Violence in Los Angeles.
Before the statewide lockdown, the nonprofit began preparing online counseling sessions, and reaching out to clients to suggest ways to keep in contact — perhaps phone calls to counselors from a bathroom or during a walk, if an abuser is in the home.
In one recent case, Giggans said a woman showed up at the emergency room after a domestic violence incident, and Peace Over Violence staff had to talk to her over the phone to get her to safety in another county.
Because of virus measures, advocates “can’t show up at the police station now. We can’t show up at the hospital,” Giggans said. She said her staff has been told that shelters are taking people’s temperatures when they show up. The shelters are also working on plans to limit the proximity of people, in order to maintain social distancing, she said.
Such conditions are also an issue in Illinois, where shelters, already at capacity, were moving beds further apart to follow CDC guidelines.
“One of the key challenges of this health pandemic is that home isn’t a safe place for everyone,” said Amanda Pyron, executive director of The Network: Advocating Against Domestic Violence, based in Chicago. “Victims and the abusers have to stay at the scene of the crime.” The group helps run a statewide 24-hour hotline, which has seen a spike in the average number of daily calls, from about 60 to 90, since confinement orders went into effect last weekend. Police caution tape surrounds a playground in Lake Oswego, Ore., on Tuesday, March 24, 2020, the day after Gov. Kate Brown issued a statewide stay-at-home order that closed many businesses, as well as all playgrounds, basketball courts and sport courts. As families across the country and the globe hunker down at home, it’s another danger, equally insidious if less immediately obvious, that has advocates deeply concerned: A potential spike in domestic violence, as victims spend day after day trapped at home with their abusers. (AP Photo/Gillian Flaccus)

Concerns Have Also Been Raised About Child Abuse

Similar concerns have arisen in hard-hit continental Europe. In France, “it’s an explosive cocktail,” says Nathalie Tomasini, a leading lawyer for domestic violence victims there. Being trapped in an apartment with an abusive partner, she said, is akin to “a prison with no open window.”
“Today we’re confronted with … a form of war,” Tomasini said. In wars of the past, “men were on the front. Now they’re at home. It’s not the same war.”

“If kids are not at school, those reports aren’t getting made,” said Jessica Seitz, public policy director for the advocacy group Missouri Kids First. “That’s really a crack in the system.”
Jennifer Tidball, Missouri’s acting social services director, said that while it’s normal for calls to decrease when school is out, “this is much more than we would have expected.”
Minnesota has seen a 30% drop in reports, according to the state’s Department of Human Services, which said it was “deeply concerned about the impact of COVID-19 on children and families across Minnesota.” And calls reporting child abuse have sharply dropped in Georgia, too, according to data from the state’s Division of Family and Children Services, which usually handles about 300 reports a day. Last Thursday, it handled 120.
Without educators in place, “We really need neighbors to check on next-door children and children in the neighborhood,” said Tom Rawlings, the division’s director.
Back at the National Domestic Violence Hotline, which is based in Austin, Texas but has staff working remotely now, advocates are urging people in potentially risky situations to use the more discreet chat and text options available on their website, and to formulate a personal safety plan. This could include setting up a standing call with relatives or establishing a code phrase to signal an emergency.
Advocates like Justice say it’s far too early to link the saga of coronavirus isolation to any long-term trends. But they’re hardly filled with optimism.
“We know this is affecting survivors,” she says. “It doesn’t necessarily mean NEW abuse is happening, but we know that abusers will use any tool at their disposal.”
“And isolation is one of the strongest tools.”