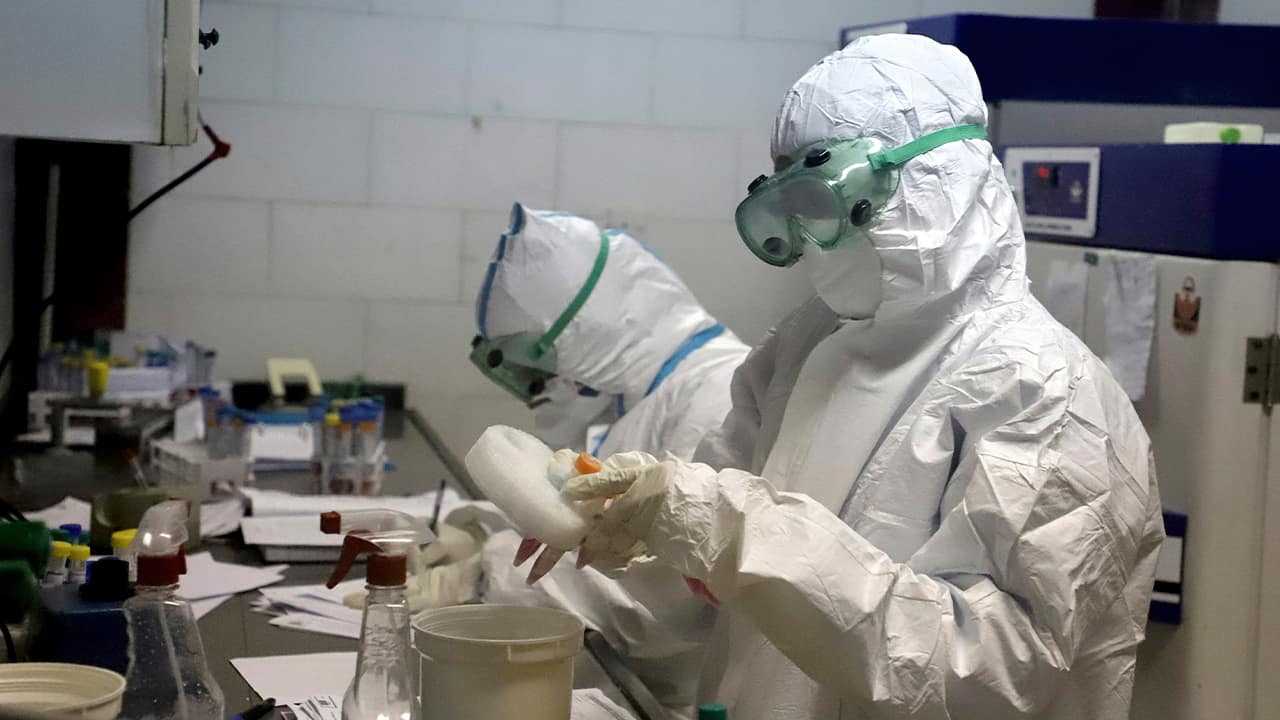 California still does not have enough capacity to test for coronavirus, Gov. Gavin Newsom said Sunday, despite furious efforts by private, university and government laboratories to scale up to handle thousands of more patients.
To help triage the crush of Californians in the Bay Area who want to be tested for the novel coronavirus, Newsom announced a new website created in partnership with Alphabet’s subsidiary Verily that will provide screening and testing support.

Starting Monday, Californians with mild symptoms or who are concerned about exposure can take a questionnaire that will direct those especially at risk from the virus to two pilot testing sites in Santa Clara and San Mateo, according to a Verily news release.
As of Monday morning, however, the questionnaire did not ask about risk factors or exposure history, and did not direct people to testing. Verily did not immediately respond to a request for comment.
Newsom called it “the next phase” for testing in California, which to date has conducted 8,316 tests for the virus — of which, 335 have come back positive for the novel coronavirus. “That’s a 14 percent increase from the prior day,” Newsom said. “Tragically, we now have six individuals that have passed away.”
In the press briefing, Newsom said California has the capacity for just shy of 9,000 tests. But he alluded to issues surrounding the availability of supplies, saying he was worried now about access to adequate numbers of swabs for collecting patient samples. The governor’s office declined to elaborate further during the press briefing or afterward.
“There’s still some capacity concerns not only on the diagnostic side on the back end with the labs — both private, public, commercial — but as it relates to supplies,” Newsom said. “And one must be honest about that.”
Politicians and health officials across the country have criticized the slow rollout of U.S. testing relative to other countries. Until the end of February, labs were barred from using tests they created themselves without prior federal approval, even as labs across the country discovered flaws in the CDC’s early tests.

Now, academic medical centers in California, as well as private companies, are racing to catch up to what is expected to be a dramatic increase in the spread of the virus.
The test itself is a standby of molecular biology called a reverse transcriptase-polymerase chain reaction, or RT-PCR. Clinicians collect samples by swabbing a patient’s nose and throat and send it to a lab to extract genetic material called RNA from the swab.
The challenge is detecting the virus in the soup of human and microbial genetic material, so lab workers use probes that stick to parts of the virus’s genetic code and run a series of reactions to amplify the signal. That way, if the virus is there, they’ll be able to see it.
“The PCR is the really easy part,” said Frances Sladek, a professor of cell biology and toxicology as well as the divisional dean of life sciences at UC Riverside. Freshmen who have never touched scientific instruments learn in a lab course how to run PCR well enough to identify species of fish from the filets at a store, Sladek said. That’s why it’s so incomprehensible to her, she said, “that there’s any problem at all with this.”
In addition to bureaucratic slowdowns from the federal government, testing has been hampered by a series of technical failures. Many of the early tests sent out by the CDC had faulty components that made it impossible to tell if a positive result was real, according to Science. The CDC did not respond over the weekend to a request for more information about the flawed tests.
Then, another hold-up: Politico first reported a shortage of key ingredients needed to extract genetic material from patient samples. “The availability of those reagents is obviously being looked at,” CDC Director Robert Redfield told Politico. “I’m confident of the actual test that we have, but as people begin to operationalize the test, they realize there’s other things they need to do the test.”
Newsom publicly criticized the test kits Thursday, calling them incomplete. “You’re going to the store and purchasing a printer, but forgetting to purchase the ink,” he told reporters. “I’m surprised this is not more of the national conversation.”

The Bottleneck May Be Coming From the CDC Itself

But the governor’s office directed followup questions to California’s Department of Public Health, which said questions about RNA extraction kit supplies would need to be answered by the CDC.  Neither state public health officials nor the CDC responded to CalMatters’ questions about the number of extraction kits California expected, or how many it received.

Companies Also Are Stepping Up

UC Davis’s strategy is to bring not one but three different types of tests online over the next several weeks. One is a CDC-type test. Another runs cartridges containing samples on a more automated device that Tran compared to working like a video game: “You put the cartridge in, or device in, and press start. And in an hour and a half, you get a result.” The test can run samples from 12 patients at a time, and Tran expects it to be ready in the next week.
The third test will take longer to be up and running; it’s a home-grown assay that runs on an SUV-sized piece of equipment called the cobas 6800 made by biotech company Roche. The instrument can run 1400 tests in a day, according to Tran, which he called a “game changer.”
Stanford, which recently announced drive-through testing, has been running in-house tests through its clinical virology laboratory since March 4, according to Benjamin Pinsky, associate professor of pathology and medicine. He couldn’t say how many tests but said the number is increasing. The lab is testing samples from a number of hospitals including Stanford Hospital, Lucile Packard Children’s Hospital, and Kaiser Northern California.
“At this point, the demand for testing and need for testing outpaces the availability of testing,” Pinsky said. His team has also experienced shortages in key components, including some of the Qiagen extraction kits, and is now working to validate other kits and enzyme mixes.
“I’m really proud of Stanford that we were a little bit ahead of the game here and we’re able to provide this testing for the Bay Area,” Pinsky said. “I think that has really helped patients in this area get the right care.”
Companies also are stepping up. Quest Diagnostics has been running a lab-developed test for the novel coronavirus at its infectious disease laboratory in Juan Capistrano since March 9. The company is rolling out the test nationally and expects to be performing 10,000 tests per day by the end of this week, according to a news release.

While Quest’s test does include a step to extract genetic material from patient samples, spokeswoman Rachel Carr told CalMatters the company has the supplies needed to perform the tests. “It’s the largest laboratory in the world, and we have continuous access to the reagents we need, and so right now we’re not experiencing any shortages,” she said. “However, we’re closely monitoring our supply continuously.”