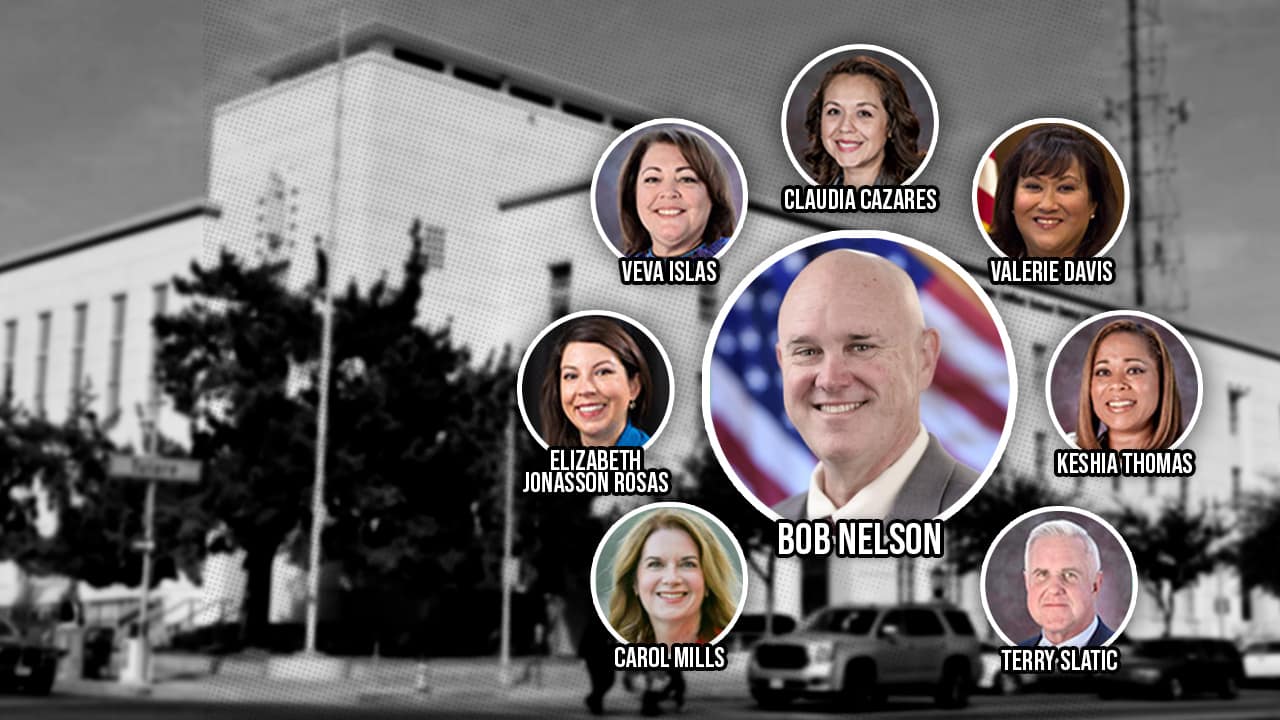 There can be no more excuses or pleadings for more time from Fresno Unified about its terrible academic performance.
Never has the district had more tools to accelerate student learning.

The district enjoys unprecedented labor peace — the result of a three-year contract agreed to last summer.
The board of trustees rewarded superintendent Bob Nelson with a four-year contract last October. Since 2005, Fresno Unified has had just two superintendents. No one can argue that instability at the top hinders academic progress.
Under Gov. Jerry Brown, the state began directing more funding to school districts with high concentrations of disadvantaged students.
As a result, Fresno Unified’s 2019-20 budget is $1.475 billion, half of which is in its unrestricted general fund.

If Measure M continues above the 55% threshold, district voters will have approved four construction bond measures since 2001 totaling more than $1 billion. The state has kicked in hundreds of millions more in matching funds for school construction projects.
Fresno Unified taxpayers have been more than loyal to the cause of helping students learn. But, at this point, patience isn’t a virtue. Instead, it’s another barrier for students who are poor, English learners, special needs, or homeless.
Those who regularly attend Fresno Unified board meetings know that trustees and officials spend a lot of time celebrating success. That’s commendable.
But when only 12.1% of students started this school year at grade level or above in math, and just 18.9% were at grade level or above in reading, school board meetings should focus almost entirely on student achievement.
Saddest of all, few people apparently care. Results that should outrage the community are ignored or met with a shrug.

Fifteen Years After ‘Choosing Our Future,’ Little Has Changed

In 2005, the stat de jour was, more than half of Fresno Unified schools ranked in the bottom 10% of California schools for academic achievement. Community leaders reacted by studying the district from top to bottom and issuing the Choosing Our Future report.


From this day forward, Fresno Unified must drop its Too Big to Fail attitude and prove that it’s Not Too Big to Succeed.
“If we are to turn around the social and economic prospects of our region, the process must begin with turning our schools around,” the report said.
Fifteen years later, 96% of McLane High School’s 1,800 students started this school year below grade level in math. Nearly 81% were below grade level in reading. Other high schools have only slightly better numbers.
The families of McLane students should storm every district board meeting, but they don’t. And, absent widespread demand for accountability, the state’s third largest school district carries on, business as usual.
Our city can’t afford business as usual.
As former Fresno County Superintendent of Schools Larry Powell wrote in a 2018 op-ed about Fresno Unified’s shortcomings:
“We know that 80% of new jobs will require some form of post-secondary training. It’s critical that students who graduate (from) high school are prepared to choose college or trade school. It has been reported that 65%  of students entering school today will have jobs that do not yet exist.
“By 2030, over 400 million workers may be displaced by automation, meaning even more students will need higher skills to compete in a global economy. Also, California will be short 1.1 million college graduates to fill new and existing jobs that require a higher education.” An entire generation of students has matriculated through Fresno Unified since the 2005 “Choosing Our Future” report. But the district continues to struggle despite strong financial support from local and state taxpayers. (Shutterstock)

Meanwhile, Fresno Unified cranks out high school graduates with D averages. They are promoted from one grade to the next even if they read at a third-grade level and can’t do simple math.

Show Real Progress or Break up the District

Nelson’s contract ends in 2023. If Fresno Unified isn’t showing significant progress by then, the district should be divided into smaller, more nimble districts. Districts that put student learning first and preserving the bureaucracy last, and can effectively engage with students and families.
Unlike past calls for the district’s dissolution from north Fresno stakeholders, the charge should be led by families with children in the dozens and dozens of failing schools in south and central Fresno.
From this day forward, Fresno Unified must drop its Too Big to Fail attitude and prove that it’s Not Too Big to Succeed.
Shame on us if nothing changes. A community with less than high expectations for its schools can hardly complain about second-rate results.

From Bakersfield, You Can See Forever