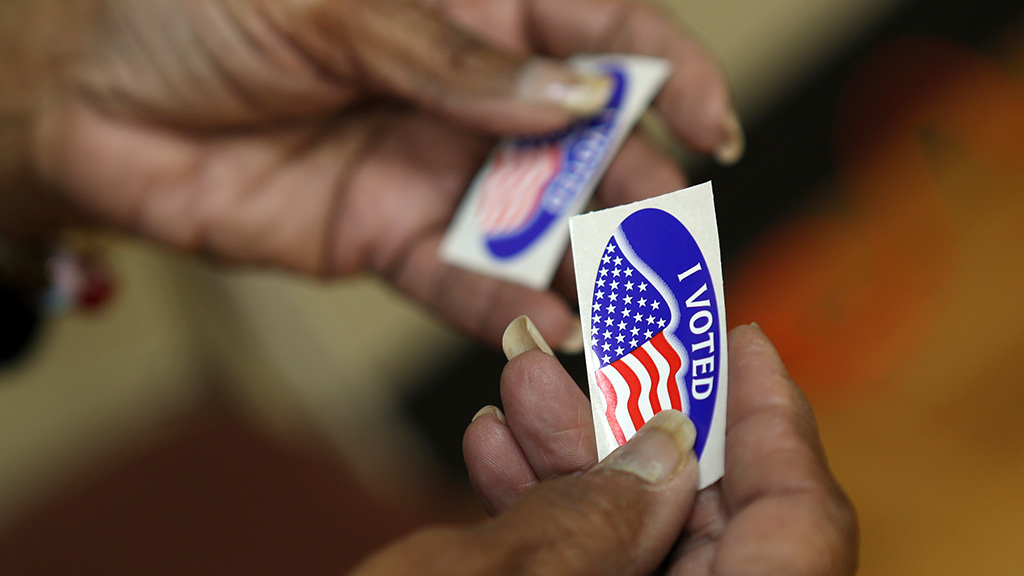 WASHINGTON — Many Democratic voters in Super Tuesday’s presidential primaries made up their minds just before casting a ballot — and Joe Biden appears to be benefiting from their indecision.

Late deciders across several states voting Tuesday broke for Biden, helping the former vice president capitalize on new momentum in the race for the Democratic presidential nomination. Sen. Bernie Sanders secured his home state of Vermont and Colorado, where voters were more likely to be liberal.
The pool of late deciders ranged from about a quarter of voters in Texas to roughly half in Minnesota, according to AP VoteCast surveys of voters in several Super Tuesday contests. In Minnesota, roughly half of those votes went to Biden.
The surveys show the power of momentum in a race that has long been crowded with candidates and often left voters confused. Biden’s big win in South Carolina on Saturday revived his struggling campaign and pushed three of his rivals toward the exit.
Still, Biden must also block Sanders with his constituency of young liberals, box out Sen. Elizabeth Warren and overcome the hundreds of millions spent by billionaire Mike Bloomberg — who is on the ballot for the first time Tuesday. Further complicating the possible outcomes on Tuesday was that many people voted early, likely to be a major factor in California, the night’s biggest delegate prize.
Here’s a snapshot of Democratic voters in Alabama, California, Colorado, Massachusetts, Minnesota, North Carolina, Texas and Virginia — who they are and what matters to them — based on preliminary results from AP VoteCast surveys, conducted for The Associated Press by NORC at the University of Chicago. Additional polling results will be added throughout the night.

The former vice president’s coalition is coming into focus. He performed well with centrists, voters older than 45, African Americans, women and college graduates. He successfully channeled sentimental attachments to former President Barack Obama.
About half of North Carolina voters wanted a president who would restore politics to a pre-Trump era — and Biden won the majority of this group. There’s little doubt Biden’s ties to black voters were critical to his rebound. Biden cleaned up in Alabama on Tuesday night by winning about 60% of African Americans, a majority of Democratic voters in that state.
Perceptions about electability may also be key to Biden’s support. In Minnesota, for example, a state President Donald Trump is hoping to flip in November, 60% of voters said it would be harder for a nominee with strong liberal views to win in the general election.
Biden also flashed some crossover appeal. In Virginia, a state likely to be a top battleground in November, Biden won more than half of voters who say they voted in the 2016 Republican primary. Bloomberg won close to 20%.

The Vermont senator is holding on to his coalition of liberal voters and people under 30. That was enough to make him competitive in a state such as Massachusetts, where 45% of voters consider themselves liberal.
But there were clear limits to his appeal in states across the South. Sanders lost in Virginia and North Carolina, where just about 40% of voters were younger than 45. And no more than 40% in those states described themselves as liberal. In Alabama, he won just about 10% of black voters.
Aside from their youth, Sanders supporters stand out for their skepticism of most other candidates in the race. About half of his voters in North Carolina said they would be unhappy with Biden or Bloomberg as the nominee. Majorities of them in Virginia felt the same.

More than $500 million in spending on ads could not buy Bloomberg much love.

Bloomberg fared better among voters older than 65 compared with those younger, and similarly among those who think of themselves as moderate or conservative more so than liberals. But even among these groups, he was edged out by Biden.
The former New York mayor was the Democrat voters were least enthusiastic about nominating.
About 60% of voters in Minnesota, Colorado and Massachusetts — his birthplace — said they would be dissatisfied if Bloomberg was the Democratic candidate. Roughly half in North Carolina and Virginia would also be displeased. By comparison, majorities in each of those states said they would be satisfied if Sanders was the nominee.
Only in Alabama and Texas would a majority be satisfied by Bloomberg.

The Democratic contests do appear to be drawing some potential swing voters. Roughly 20% of voters or more said Democrats haven’t locked in their vote and are waiting to see who wins the nomination before deciding how they’ll vote in November. That was true in seven of the eight states AP surveyed. The share was smaller — about 1 in 10 — in Minnesota, a state Trump is trying to flip.
Most of this group identified as moderates or conservatives, a sign that they might be open to Trump or consider not voting for any candidate in November.
____
AP VoteCast is a survey of the American electorate conducted by NORC at the University of Chicago for The Associated Press and Fox News. The surveys were conducted for seven days, concluding as polls closed.