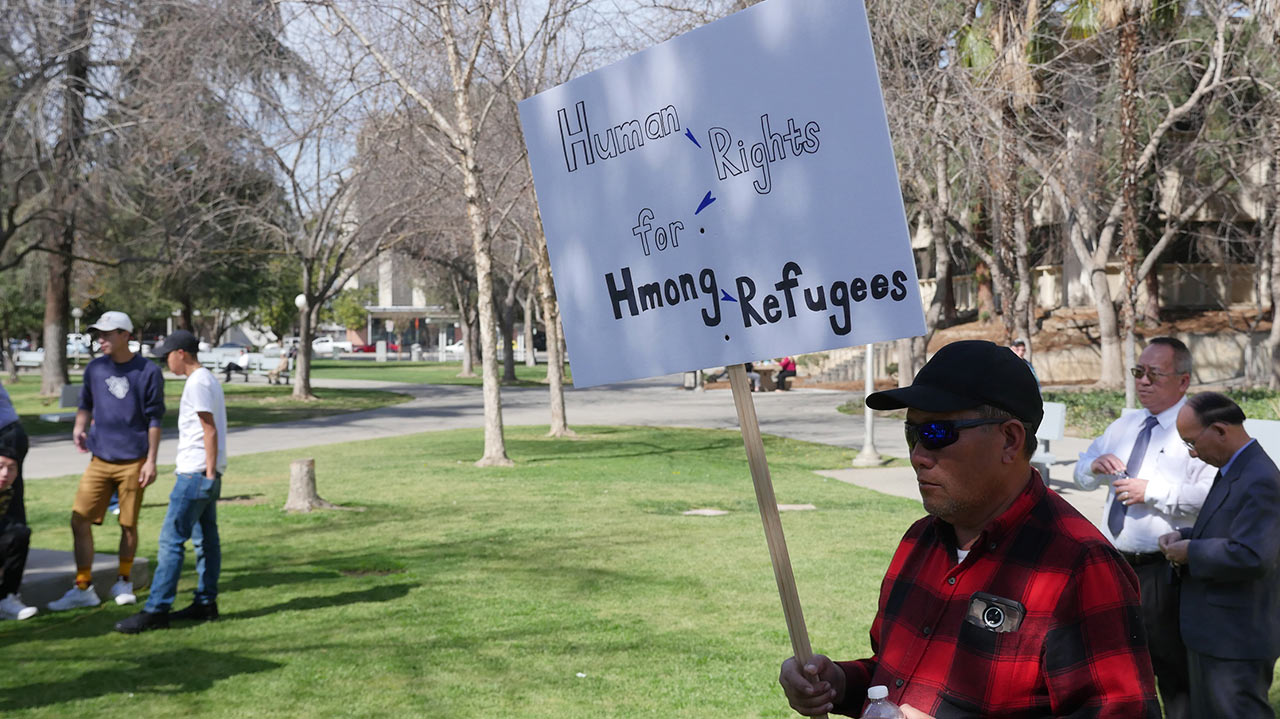 Hmong community members met Thursday near a statue of their hero — a statue depicting what led to their arrival in America.
Just yards away from the memorial, showing two Hmong soldiers saving an American ally, and plaques honoring Gen. Vang Pao, the Hmong residents asked that their contributions to the United States be respected by President Donald Trump. 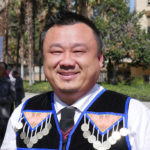 “Our community is outraged and hurt.” — Hmong leader Bobby Bliatout
The community opposes negotiations between the Trump administration and the Laotian government that could result in several thousand Hmong and Lao immigrants being deported.
“It has caused deep confusion, fear, and a sense of betrayal to the Hmong and Lao community,” event organizer Hue Vang told a group of 80 or so gathered at the lunchtime rally at Courthouse Park.
Fresno Hmong want their voices heard. One Valley congressman responded.
“The human rights situation in Laos is deeply troubling and the administration’s recent moves to deport Hmong and Lao residents of the U.S. to that country are alarming,” Rep. Jim Costa (D-Fresno) said. He also had a staff aide at the Fresno rally.
Hmong settled in areas like the Central Valley and Minnesota/Wisconsin after the Vietnam War. About 25,000 Hmong live in Fresno.
“Our community is outraged and hurt,” said Bobby Bliatout, a Hmong leader and candidate for the 22nd District seat held by Rep. Devin Nunes.

The United States and Laos do not have a formal deportation agreement. Negotiations revolve around future U.S. funding of a reintegration program for deportees to Laos.
While the move would not affect those with U.S. citizenship, it would affect non-citizens with criminal records and deportation orders. Such orders have been rare. According to ICE data, five Laotian nationals were removed in 2019, and eight in 2018. That compares to more than 127,000 deportation orders to Mexico in 2019.
Close to 3,500 Hmong and Laotians are subject to removal orders, according to data from Syracuse University  But community activists around the country say the number could be as high as 4,700.
And, while the Department of Homeland Security prioritizes the most serious of crimes for deportation, such as terrorism and threats to national security, any crime could result in deportation. Activists say deportation is unfair to those who have committed crimes and served their punishment.

The Trump proposal has been condemned by Minnesota Democratic Congresswoman Betty McCollum, who plans to introduce legislation to block the move.
“The Trump administration’s deportation policy, and Republican support for it in Congress, is an attack on Hmong-American and Lao-American families and a betrayal of the courageous and vibrant Hmong and Lao communities that contribute so much to America’s strength and success,” McCollum said.
Costa said he sent letters of concern to Secretary of State Mike Pompeo and Acting Homeland Security Secretary Chad Wolf.
“I am also supporting legislation that would require complete examination of the facts prior to determining whether they justify such action. My office has been, and will continue to be, actively engaged with the Hmong community in the Valley to provide further information and support in order to assist those affected,” Costa said.
Many speakers during the event asked that local leaders stand up for them. 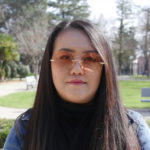 Governor: Coronavirus Changing 'By the Hour' in California