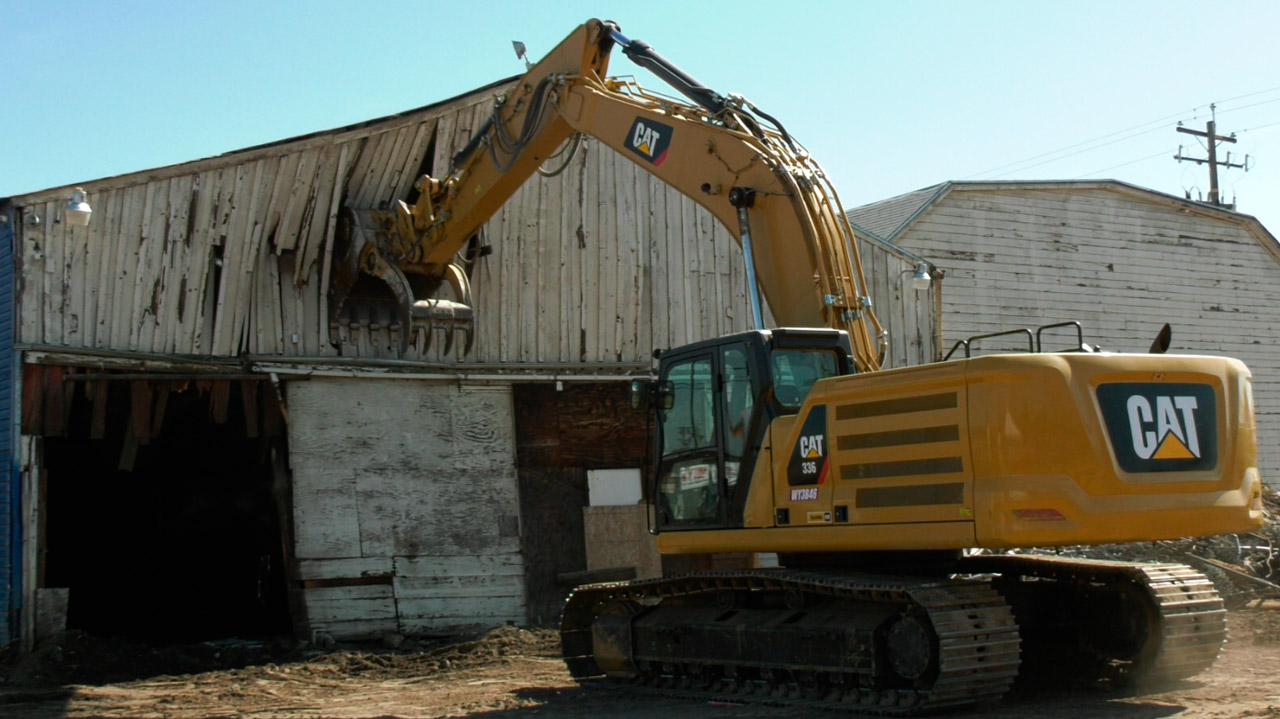 The groundbreaking for a $38 million dollar Fresno mixed-used affordable housing development included the usual elements of a celebratory affair — shovels, speeches, and building demolition.
City leaders hope that the Blackstone & McKinley Transit Oriented Development (the builders promise a rebranded name) is the first of many more to come that will change the landscape of a blighted portion of the city.

Listen to this article:
“We hope this project proves to be a catalyst,” said developer Jake Lingo, senior vice president of Integrated Community Development. “It’s a first step towards a future of a revived and vivid transportation corridor.”
Mayor Lee Brand echoed those words, saying the project will transform an underutilized site into a robust development.
A collection of deteriorating retail and industrial buildings are being razed to make way for the project.

The 88-unit project will offer reduced rents to residents who are living on less than Fresno County’s annual median income, which ranges from $42,000 for a single person to $69,500 for a six-person household. (Rendering courtesy of Integrated Community Development)

Housing Near Transit Is Key Element

As a housing crisis continues to plague California, lawmakers in Sacramento have pushed legislation promoting affordable housing construction, especially along transit corridors. Meanwhile, Fresno’s general plan, approved in 2014, strongly encourages infill development. The Blackstone project advances both of those goals.
It sits next to Fresno’s Bus Rapid Transit route, adjacent to a fully built-out neighborhood, across the street from Fresno City College.
“This project is the future of Fresno,” District 7 Councilman Nelson Esparza told the audience on hand for the groundbreaking. “This is going to be the anchor project that propels us forward.”
District 1 Councilwoman Esmeralda Soria celebrated the 88 units of affordable housing the project will bring. The apartments, which will occupy the top three floors of the proposed four-story building, will be set aside for those making 30-60% below the area’s median income.

“This is a model for the future. It’s not going to be easy, but you have to start some place,” Brand said after the ceremony.
According to a 2019 report released by the Fresno Housing Authority, the county has a deficit of more than 35,000 affordable rental units.
The project is one of the first developments of its type along the Blackstone corridor since the 2014 General Plan revision.
Lingo said the city positioned itself well, timing wise, to be in line for state housing funds. 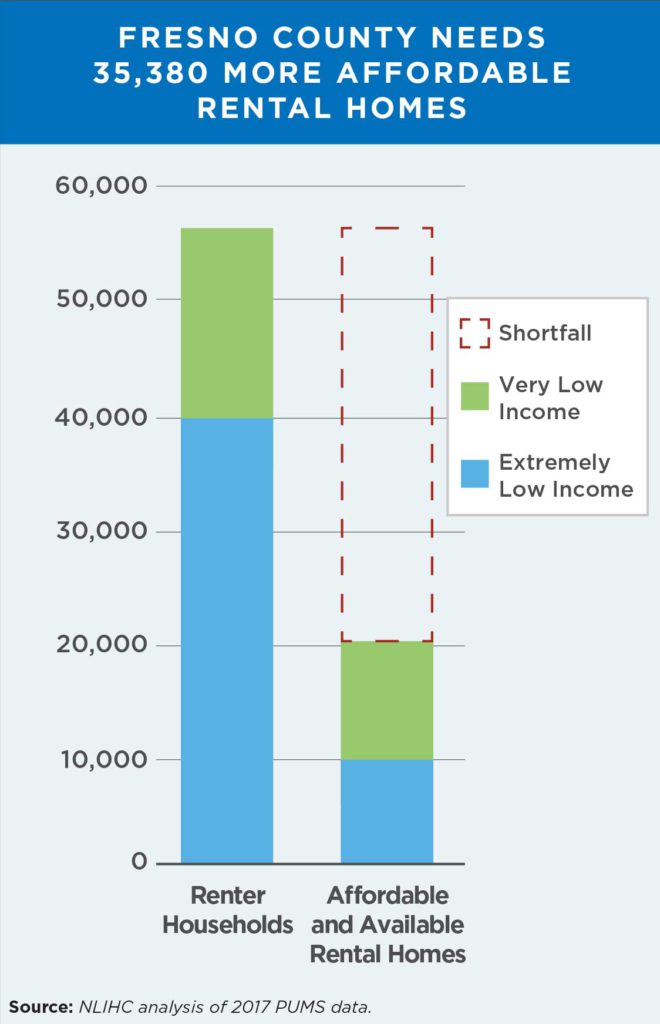 A 2019 Housing Emergency Report produced by the California Housing Partnership and Fresno Housing Authority shows a need for more than 35,000 affordable rental units across Fresno County.

“We looked at the market and we decided to take the leap. We were able to secure that financing. In turn, we are going to get a great development here,” Lingo said.
One challenge for future efforts is the complex financing often required to build affordable housing projects. The Blackstone & McKinley project is funded through a variety of state loans and other subsidies. The city also chipped in $5 million through loans and fee waivers.
The state money comes from the state’s Affordable Housing and Sustainable Communities Program, funding supported by cap and trade dollars.

The mixed-use project will feature a 7,000 square foot medical and dental clinic operated by Clinica Sierra Vista, that will be open seven days a week. The group’s CEO, Brian Harris, wants to replicate this model in future projects.
“Having a healthy community begins with your physical, mental but also your economic health,” Harris said. “Being healthy takes all of those things. It’s not a prescription, it’s a community working together.”
The clinic will also provide training opportunities for FCC nursing program students.
The clinic received financial assistance from Kaiser Permanente.

Some Skeptical of the Cost

About eight sign-carrying protesters stood around the perimeter of the project. One sign questioned the price tag, averaging $430,000 an apartment.
Steve Brandau, who as a Fresno councilman in 2017 voted against the project, commented on Twitter, “I voted ‘No’ on this project. Empty chair is mine (referring to a picture from the ceremony). 400k apartments are a nonstarter.”
Brandau now serves as a Fresno County supervisor.

I voted “No” on this project. Empty chair is mine. 400k apartments are a nonstarter https://t.co/7ZT2muqYge

In prior GV Wire stories, Lingo said state mandates for housing projects, such as energy efficiency standards and labor costs added to the high costs.

Did KMPH Mistreat Soria? She Says Yes. Station Says No.