“We also sent a total of five invitations to Fresno City Councilmember Esmeralda Soria to participate in tonight’s debate. She declined each one,” moderator Rich Rodriguez, a KMPH anchor, said at the beginning of the telecast.

And, the station included an empty podium with Soria’s name on a placard on the set that was visible to viewers.

A few hours before the debate, Soria complained on Twitter about KMPH’s treatment of her. 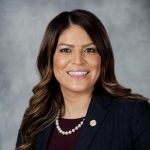 “It’s interesting that @KMPHFOX26 gave Dyer a pass but threatened me, a Democrat woman of color for being unable to attend their forum that is not open to the public. They claim to be nonpartisan but their actions suggest otherwise,” Soria wrote.

It’s interesting that @KMPHFOX26 gave Dyer a pass but threatened me, a Democrat woman of color for being unable to attend their forum that is not open to the public. They claim to be nonpartisan but their actions suggest otherwise. https://t.co/yMdRLxY3YT pic.twitter.com/XZG7wd84Wq

“They’re not doing that to the Republican candidate for mayor. … So they’re giving him a pass (for not participating). I don’t appreciate being treated different. I do believe in this instance I’m being treated different. Just compare the emails. I even heard from media folks that those were pretty rude emails to send. No other media outlet would do that. I feel that they’ve done it intentionally because I am a Democrat and I am a woman. I do believe that because it wasn’t done towards a Republican mayoral candidate who was a man.”

Soria said that KMPH News Director Jim Turpin contacted her campaign on Feb. 17 about the debate, after Costa confirmed. She said it was too late to change her plans.

“We tried to adjust our schedule, but it just couldn’t work out. We needed to be out with the voters in the district,” Soria said.

According to a screenshot of an email exchange posted by Soria, Turpin wrote on Feb. 19:

“No skin off my nose if you forfeit the opportunity … And if you choose not to participate in the debate, I will put a ‘Soria’ name placard on the vacant podium. I resent the tone of your email. If you choose not to take the free airtime and interview, please don’t try to blame anyone else.”

In the message, Turpin said that he first sent the invitation on Feb. 4.

Emails supplied the Soria campaign indicated that the Feb. 4 date regarded a one-on-one sit-down interview. The first invitation for the debate appears to have been sent Feb. 17, eight days before the event. 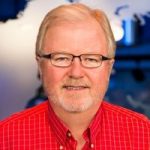 “She obviously had her reasons (not to attend) and all of that is up to her, not to us.  The debate was an outstanding event.” — KMPH News Director Jim Turpin

Turpin told GV Wire that his station extended numerous invitations for Soria to join the broadcast.

“She obviously had her reasons (not to attend) and all of that is up to her, not to us.  The debate was an outstanding event. We would never allow any kind of bias in the debate or in any of our news content,” Turpin said.

Turpin praised the debate and the questions asked.

“I think District 16 voters saw clear differences between the candidates. That is as it should be. As we intended, there were no ‘gotcha’ questions or answers anywhere in the debate. We are proud of the debate, and the high quality of the event speaks for itself,” Turpin said.

He added that Soria’s campaign canceled sitting for a long-form interview segment that would have been posted to the KMPH website.

Last week, Soria criticized Costa in a campaign email for failing to attend a Feb. 20 district forum at Fresno State.

“I’m disappointed but not surprised that Jim didn’t show up,” Soria said. “He hasn’t shown up for students, immigrants, and working families in decades. Instead, he’s spending thousands of dollars from corporate PACs attacking me on TV and radio and misleading voters. I’m always honored to talk about the issues affecting Valley families.”

When asked about her criticism of Costa for not showing up, but then not showing up herself, Soria said she’s attended at least four other forums that Costa skipped.