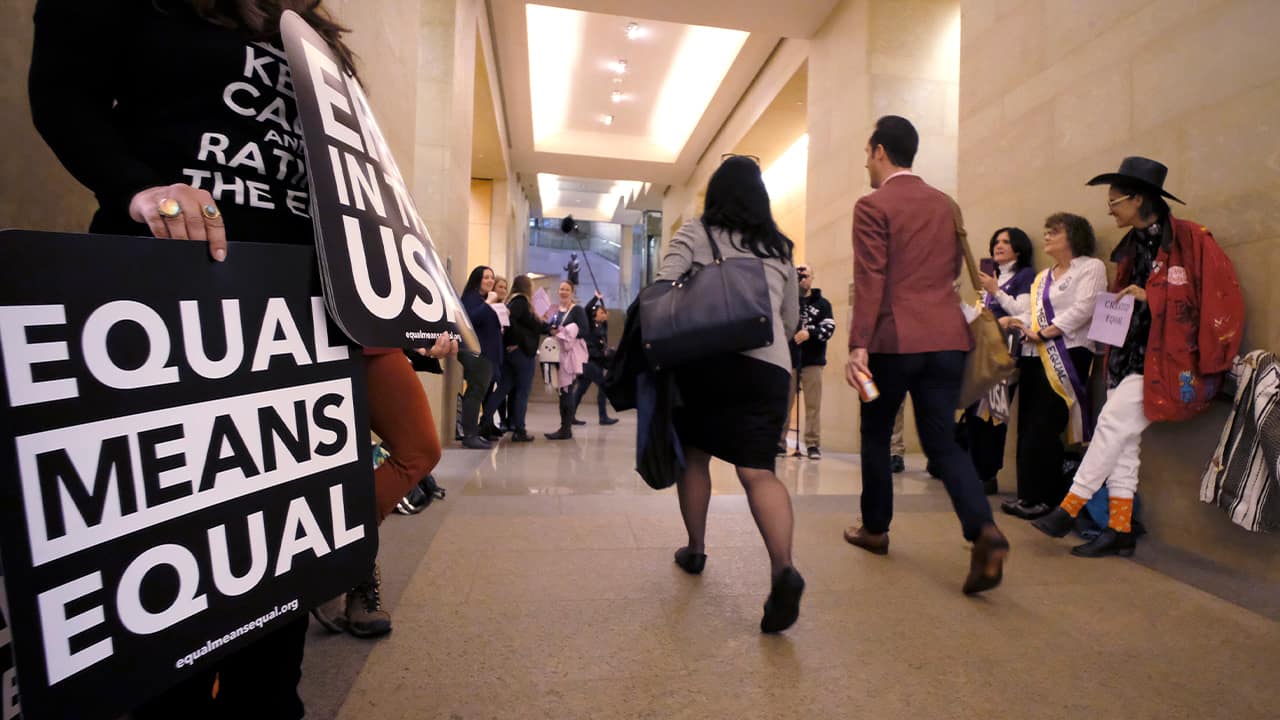 PHILADELPHIA — LaVonne Hirashima had two children by the time she was 20 and no time to get a college degree. Instead, the single parent doubled down at work and built a stable career in information technology, and now works for a government contractor.

The ERA, which would stipulate that equal rights cannot be denied or curtailed on the basis of gender, is back in the headlines because Virginia became the 38th state to ratify it — satisfying the requirement that three-quarters of states approve it following Congress’ passage of the measure in 1972.
However, legal hurdles could yet keep the ERA from becoming the 28th amendment. Congress initially required the states ratify it by 1977, a deadline they later extended to 1982. Some women’s groups argue that deadline should not be seen as binding, and while the Democrat-controlled House will likely extend the deadline again, the Republican-controlled Senate may balk. Another legal obstacle: a move by five states in the 1970s to rescind their initial ratification of the amendment.
The ERA also faces bitter opposition from conservative activists who see it as endangering their stances on abortion and transgender rights. However, while the poll did find a significant partisan gap in views of the ERA’s adoption, majorities across party lines are in support. Nearly 9 in 10 Democrats, compared with about 6 in 10 Republicans, say they are in favor.
Frances Wiener, 70, said she was very involved with the ERA campaign when it first started out. “I still have my bracelet, one of those metal bracelets that says ‘ERA,’” said Wiener, of Brooklyn, New York, who pursued a science career after graduating from college 50 years ago, working in hospital laboratories, and chose not to have a family.

The Poll Shows Nearly Half of Americans, 46%, Share Hirashima’s View

She believes women face less discrimination now than they did then, a view shared by about 7 in 10 Americans, according to the poll. That compares with about 2 in 10 who think things are the same and roughly 1 in 10 who feel women face more discrimination today.
Still, Wiener hopes the ERA is finally adopted.
“Sometimes, when things are really written in stone, it makes people think a little bit harder about doing certain things. It gives it more teeth,” she said.
The poll shows nearly half of Americans, 46%, share Hirashima’s view that women have a tougher time getting high-paying jobs. Among those who disagree is Gerald Havens, of Springfield, Missouri, who called the ERA “an outdated amendment.” The 56-year-old retired postal service employee believes the women in his family — including his wife, a daughter in banking, and his sister and niece — have earned the same as men in their fields.
“I think society has moved on from when it was introduced in the 1970s,” said Havens, a Republican.
About half of Americans think ratifying the ERA would have a positive impact on the country, though about 4 in 10 feel it wouldn’t make much of a difference and about 1 in 10 say it would be harmful. Nearly two-thirds think its impact on women would be positive; about 2 in 10 feel it would negatively affect men.

Even if added to the Constitution, the ERA would not on its own bar workplace discrimination. Still, the poll found that women are more likely than men to think the impact on the country — and on them personally — will be positive.