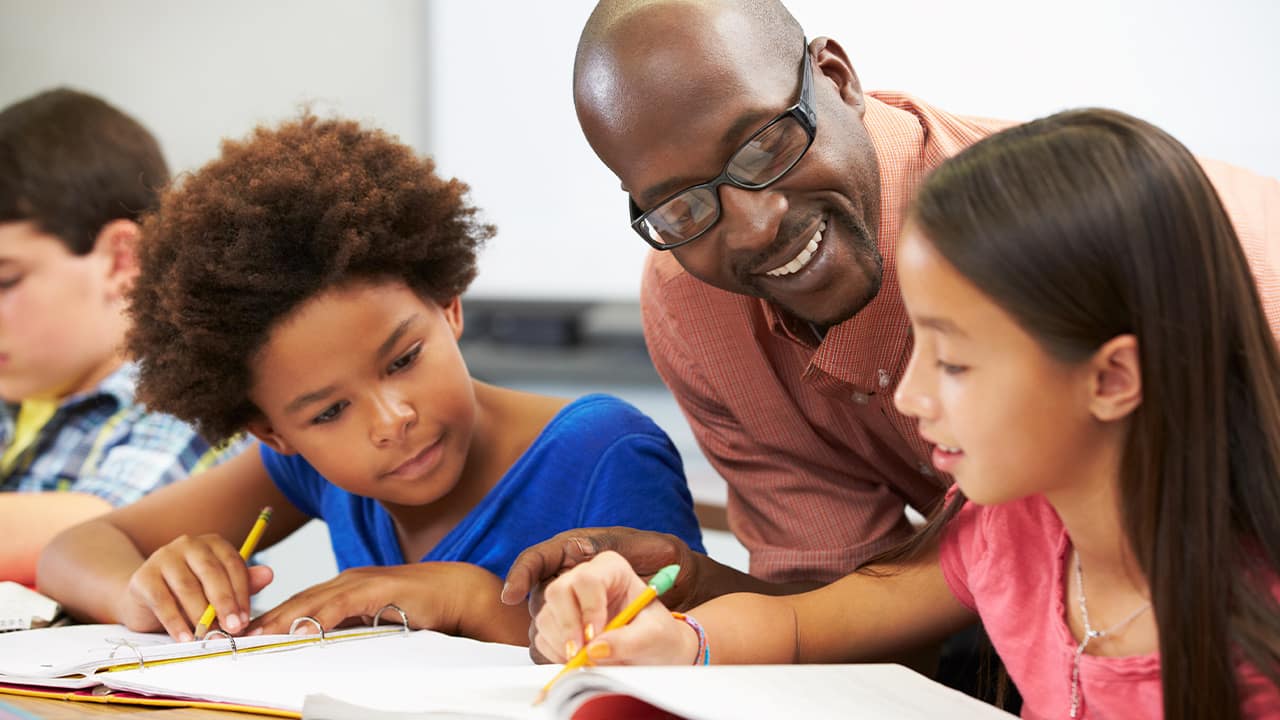 The state of California on Thursday agreed to settle a years-long, high-profile lawsuit that accused the state of depriving low-income students of color of their constitutional right to a basic education — by failing to teach them reading skills.
Under an agreement reached with plaintiffs in the complaint, Ella T. v. State of California, the state will provide $50 million specifically to improve literacy in the 75 California elementary schools with the highest concentration of third-graders scoring in the bottom tier of the state’s standardized reading exam.

The agreement, part of which needs the Legislature’s approval, also requires the state to advise public schools how to reduce disparities in discipline of students of color, according to an outline of the agreement provided by Public Counsel, the pro-bono firm representing the suit’s plaintiffs.
Public Counsel celebrated Judge Rupert Byrdsong’s approval of the settlement, calling it “a historic first step forward towards affirming the (right to literacy) for all children in California.”
“We brought this case because achievement of literacy for all children remains the single most urgent crisis in California today,” Mark Rosenbaum, Public Counsel’s lead attorney in the lawsuit, said in prepared remarks. “This settlement is a milestone in that struggle. It is not the endpoint, nor was it ever intended to be. No one — and I’m sure Governor (Gavin) Newsom, State Board of Education President (Linda) Darling-Hammond, and (State) Superintendent (Tony) Thurmond agree — should take this as the last word, or anything close.”

California’s Attempts at Reform Have Led to Mixed Results

Vicky Waters, a press secretary for the governor, said in a statement: “California is committed to closing opportunity gaps by directing extra support and resources to school districts and schools that serve students who need extra help.” She noted that California rejiggered its school funding formula in 2013 to target additional money to schools with a greater share of disadvantaged students, and added that Newsom’s 2020-21 budget would steer $600 million in “opportunity grants” to low-performing, high-poverty schools.
“Today’s announced settlement builds further on these proposed investments and focuses on strengthening early literacy programs, which are critical to a child’s later success in school,” Waters said.
But California’s attempts at reform have led to mixed results:  While some gaps in achievement have narrowed, the gap between black students and their white and Asian peers has remained mostly stagnant. The slow improvement in results has fueled growing calls from some legislators and civil rights advocates to strengthen oversight of how school districts spend extra money intended for students who are low-income, English learners and in foster care.
Introduced in Los Angeles County Superior Court in December 2017, the lawsuit listed the California Department of Education and State Board of Education as defendants. Plaintiffs claimed it was the “first in the nation” to seek to establish access to literacy as a constitutional right.
The plaintiffs included current and former students of three California elementary schools with some of the lowest reading proficiency marks in California: La Salle Avenue Elementary in Los Angeles Unified School District, Van Buren Elementary in Stockton Unified, and the Inglewood charter school Children of Promise Preparatory Academy. The suit sought to hold the state responsible for the students’ poor literacy, noting that 11 of the country’s 26 lowest-performing large school districts were based in California.

About 51% of California Students Read at Grade Level

Ella T., a 7-year-old black student at La Salle Elementary when the complaint was introduced, did not receive the “intensive support” and interventions she needed by the time she left first grade reading below kindergarten level, according to the suit.