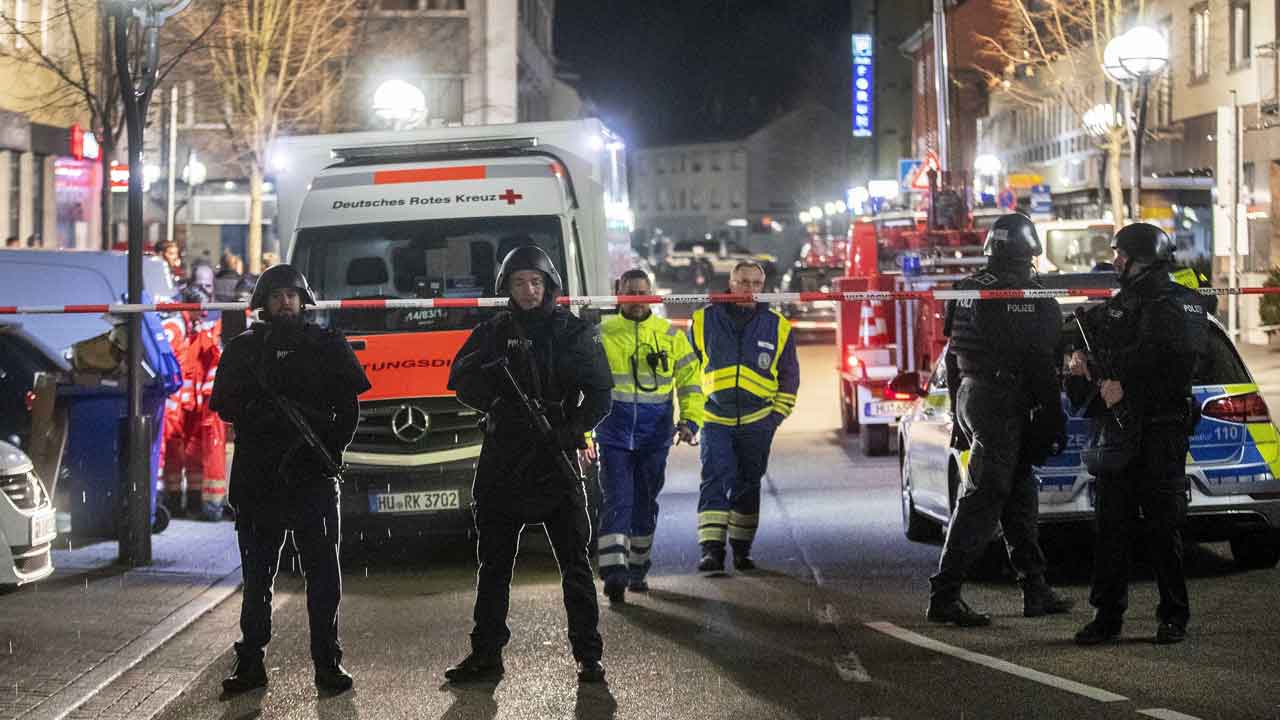 HANAU, Germany — Eight people were killed in shootings in the German city of Hanau late Wednesday, authorities said. Two hookah lounges reportedly were targeted.
Hanau is in southwestern Germany with about 100,000 residents. It’s located about 12 miles east of Frankfurt.
Authorities were searching for the perpetrators early Thursday, hours after the shootings at about 10 p.m., which police said also left about five people wounded.
A heavy police presence was in place in central Hanau, with officers cordoning off the scene of one of the shootings as a helicopter hovered overhead. A car covered in thermal foil also could be seen, with shattered glass next to it. Forensic experts in white overalls collected evidence.

Another Shooting Reported at a Second Site

Police said a dark vehicle was seen leaving the scene of the first shooting, and another shooting was reported at a second site.
A short police statement gave no information on the victims. It said the motive is not immediately clear.
Regional public broadcaster Hessischer Rundfunk said, without citing sources, that an attack took place in a hookah lounge in the center of the city. It said witnesses reported hearing eight or nine shots and seeing at least one person lying on the ground.
The perpetrator or perpetrators then apparently went to another part of the city, where shots were fired in another hookah lounge, the broadcaster said.
Police from neighboring Bavaria were deployed to help their local colleagues, news agency dpa reported.