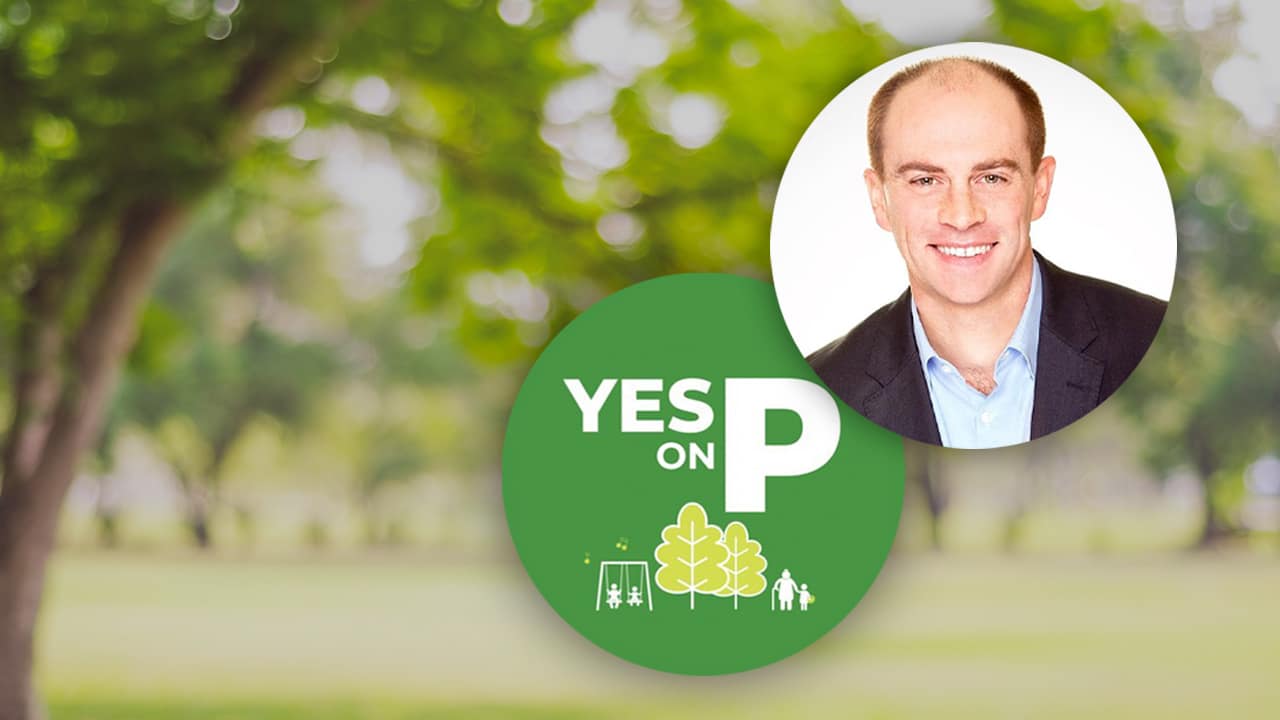 Elliott Balch, one of the architects of 2018’s Measure P and now working on a new parks/public safety tax, says things are on track to get it to the ballot in November.
“The injection of resources for our parks, arts, and trails would be transformational, as would the fire service level and the commitment to community policing made possible by the public safety funding,” Balch tells Politics 101.

As of now, the sales tax hike appears to as be as mayoral candidate Andrew Janz described it Monday: 0.75% in the city of Fresno, with half going to parks and related programs, and half going to public safety (divided equally between police and fire), with a 20-year sunset. If the proposal passes, it would bring in an estimated $75 million a year.
The city’s sales tax is 7.975%. The sales tax rate in Clovis is identical.
Ever since Measure P failed, groups have been meeting for another version. Balch, the COO of the Central Valley Community Foundation, says the proposal is a “starting point.”
Backers of a sales tax hike plan to meet with Mayor Lee Brand soon. Brand opposed Measure P in 2018.
The plan, according to Balch, is for the city council to place the item on the ballot. That would require five votes. It would also make it clear that the measure needs two-thirds voter support to pass.
However, that threshold is still a matter of a legal fight involving Measure P. Because it was placed on the ballot through the signature process, supporters argue it needed only a majority, which it did receive (52%). A Fresno Superior Court judge disagreed, and the case is in the hands of an appellate court.
“Like Measure P, what reaches the ballot this year is sure to fill only a portion of the needs identified in (the Parks Master Plan). However, a dedicated local funding source will make it possible for the city to bring in additional matching resources from outside Fresno,” Balch said.

Supporters of recalling Fresno Unified Trustee Terry Slatic are officially on the clock.
The six-month time limit to gather 7,500 signatures has started, according to the Fresno County Elections office. The deadline to turn in signatures is May 12.
According to the group’s website, it has 914 signatures. They must all be turned in together.
Through the end of 2019, the official Recall Slatic campaign group raised $6,625. Nasreen Johnson, who ran against Static for the school board position in 2018, contributed $500.
The campaign spent $4,103, much of it on filing fees and fundraising. According to the records, Stacy Williams, one of the recall’s leaders, received $1,000 for professional services, namely as a field organizer.
Meanwhile, Slatic has formed a committee for a 2022 reelection campaign but nothing specifically to fight a recall.


Related Story: Fresno Unified Trustees to Slatic: Get Anger Management Before We Revise

Assemblyman Jim Patterson (R-Fresno) wants to alter a key aspect of the state’s proposition process — how the titles and summaries are written.
The attorney general is charged with writing the title and description. Patterson is proposing a constitutional amendment that would give that power to the nonpartisan Legislative Analyst.
“Instead of getting accurate and truthful titles and explanations for ballot measures, voters are being lied to at the ballot box,” Patterson said in a news release. “Unfortunately, this has become part of the political process in our state.”
As an example, Patterson cited a November initiative to alter 1978’s landmark Proposition 13, which changed how property tax is calculated.
Instead of “Requires certain commercial and industrial real property to be taxed based on fair-market value. Dedicates portion of any increased revenue to education and local services. Initiative constitutional amendment,” which Patterson said polled poorly, Attorney General Xavier Becerra wrote this as the measure’s new title:
“Increases funding for public schools, community colleges, and local government services by changing tax assessment of commercial and industrial property. Initiative constitutional amendment.”
Two-thirds of the Assembly and Senate would need to agree to put Patterson’s proposal on the ballot. Then voters would have to pass the amendment with a 50% plus one majority for it to take effect.

State Sen. Melissa Hurtado (D-Sanger) is endorsing Bobby Bliatout in his run for Congress.
Bliatout is one of three Democrats in the race against incumbent Devin Nunes (R-Tulare) in the 22nd District. The top two vote-getters regardless of party advance to the November ballot.
“Throughout his life, he has demonstrated his unwavering commitment to stand up for underrepresented communities and our most vulnerable residents. I’m proud to support Bobby Bliatout for Congress,” Hurtado said in a statement.

What Happens If California Takes Over PG&E?