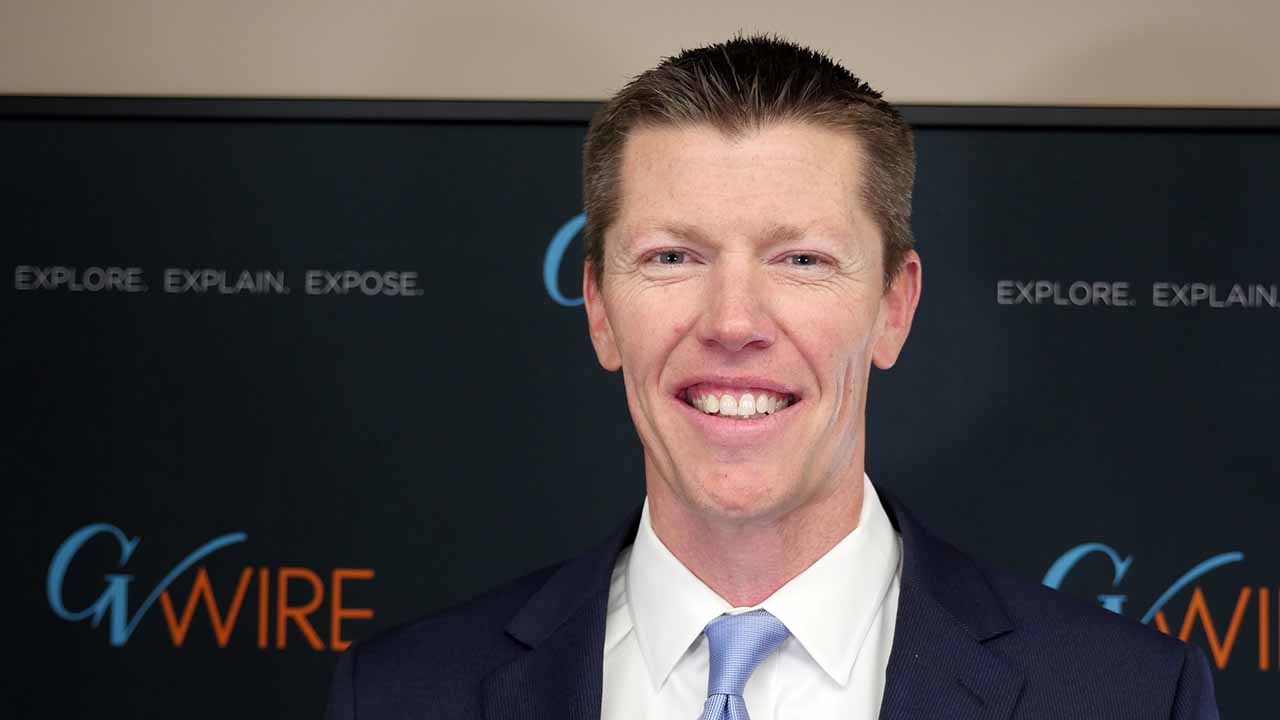 Gabriel Brickey is likely to be the next Superior Court judge in Fresno County.
He is running in the March 3 election, but does not have an opponent. The seat became available when Judge Don Penner decided not to run for reelection.

Brickey sat down with GV Wire to answer questions about his judicial qualifications.

In this Take 5 interview, Brickey discussed:
— His experience as an attorney for more than 15 years, and supervising the misdemeanor unit at the Fresno County District Attorney’s office.
— His views on sentencing — and when leniency is appropriate.
— His views on gun rights and the Second Amendment
— His thoughts on fees tacked on top of fines for parking or moving violations.
— Why he is running: his experience and approach to service.
Click on the image above to watch his Take 5 interview.
Even though he is running unopposed, Brickey’s name will still appear on the ballot. A county judge serves six-year terms.