Those expecting black eyes and bloody knuckles after a Monday forum between Fresno’s two leading mayoral candidates would’ve been disappointed.

The two candidates even agreed about the value of a potential sales tax to raise revenues for parks and public safety.

A majority of the 175 or so people in the audience, appeared to like what they heard from both.

” They should be co-mayors,” said one attendee afterward. 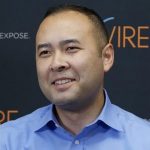 “This is going to be a good compromise. It is not set in stone. I’m hoping Jerry and I can come to an agreement on this.” — Andrew Janz on a potential sales tax hike for parks and public safety

While Janz and Dyer disagreed on 2018’s Measure P, the proposed sales tax that would have raised money for parks, both offered support for a potential successor tax measure.

Janz said he supports a successor for the November 2020 ballot. It would be a third-quarters of a cent raise, with half going to parks, and half for public safety (to be equally divided between police and fire). The sales tax would have a 20-year sunset. It would raise an estimated $75 million a year.

The city’s sales tax now is 7.975%. The sales tax rate in Clovis is identical.

“This is going to be a good compromise. It is not set in stone. I’m hoping Jerry and I can come to an agreement on this,” Janz said.

Dyer explained he opposed Measure P because it lacked balance in funding city services. Although Dyer said he does not generally support taxes, he is optimistic about this proposal.

“I think we have a good foundation to start from. I hope we can get to where we need to go,” Dyer said.

In comparison, Measure P was a three-eighths of a cent sales tax, all for parks and related programs, with a 30-year sunset. It was estimated to raise $38 million a year.

Dyer supports navigation centers and bridge housing, to be located near to where several existing homeless service providers are located.

Last week, three councilmembers criticized Dyer’s plan. They said it would warehouse the homeless in one particular part of town, mainly in south Fresno.

Janz did not attack Dyer’s plan. Rather, he said he supports plans that prevent homelessness in the first place. He said he fully supports the D.R.I.V.E. Initiative, a plan advocated by former Fresno Mayor Ashley Swearengin and endorsed by Gov. Gavin Newsom.

Related Story: Where Should Fresno’s Homeless Go? Arias and Dyer Duke It Out.

Supporting Businesses of All Sizes 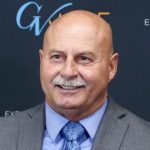 “I think we have a good foundation to start from. I hope we can get to where we need to go.” — Jerry Dyer on a potential sales tax hike for parks and public safety

Both Dyer and Janz cited the difficulty businesses have dealing with the city’s planning department. Both said they want to help small businesses.

Janz said the city should offer tax incentives to small businesses, just as it does for large corporations such as Amazon, Ulta, and Gap. He said the warehouse jobs available with those groups may go away because of automation.

Dyer agreed with expanded incentives but defended supporting the larger companies as well. He noted the three e-commerce centers provided — directly and indirectly — 3,800 jobs and $322 million over 30 years in regional economic impact.

The two agreed that the city should have done more to keep the Fresno Foxes soccer team in town. After two seasons at Chukchansi Park as a temporary home, the team’s management said the Foxes would not play in 2020 for lack of a permanent facility.

“There are communities all across the country who fight tooth and nail to bring sports teams,” Janz said. “We should have done a better job to keep the Fresno Foxes here.”

“I completely agree with the Foxes,” Dyer responded.

Related Story: Dyer or Janz? Your Guess Is as Good as Any.

Disagree on Revisiting the General Plan

If there was one divergence though, it dealt with revisiting the city’s General Plan. Dyer wants to give developers more leeway on where to build, whether it is in the middle of town, or on the outskirts. Otherwise, the city risks losing businesses to other parts of the Central Valley, he said.

Janz said there was no need to “waste millions” on revisiting the plan. Last year, the Fresno City Council voted to establish a committee to give the General Plan, last revised in 2014, another look.

For two candidates with disparate support bases, the candidates agreed on multiple issues. Both said the city’s poorer neighborhoods can no longer be left behind, the city should do more to help small businesses, and invest more in downtown.

Two independent expenditure committees have emerged. A group led by the Fresno Chamber of Commerce is raising and spending money in support of Dyer. Another is raising money to oppose Dyer, led by former Assemblyman Juan Arambula, his wife Amy, and the state’s building trades.

Even when Janz and Dyer had a chance to ask each other questions directly, they opted for a softer route.

Janz, a new father, asked Dyer how he balanced 40 years in the police department with his family life.

Dyer joked in turn, asking Janz why is he running knowing his family would expand. He suggested, tongue in cheek, it is more important to stay home than to be on the campaign trail.

The agreeing and joking may have been too much for one Rotary member.

“They were far too cooperative,” said an attendee.

Media, including GV Wire and The Fresno Bee, were initially told by Fresno Rotary president Todd Sheller they were not welcome to cover the event.

“Unfortunately, on behalf of the Club and our speakers, we didn’t inform them (media coverage) was an option. We have a closed membership club and while business guests are certainly welcome, outside media at today’s meeting wouldn’t be appropriate,” Sheller wrote in an email.

Neither Janz nor Dyer said they made any such a request. In fact, they said they encouraged media coverage.

After the media complained, the ban was lifted.

Two Other Forums This Week

Both events are open to the public.

While Dyer and Janz are the frontrunners based on name-recognition and fundraising, there are five others on the ballot: Rev. Floyd Harris Jr., Richard Renteria, Nickolas Wildstar, Bill Gates, and Richard Jefferson.

If a candidate wins more than 50% in the March 3 election, he will be declared the winner and assume office Jan. 5, 2021. If not, the top two vote-getters will advance to the Nov. 5 general election.

Wildstar appeared at the Rotary forum, speaking for a few minutes and introducing himself to the audience. He touted his libertarian ideas to help solve the city’s problems. 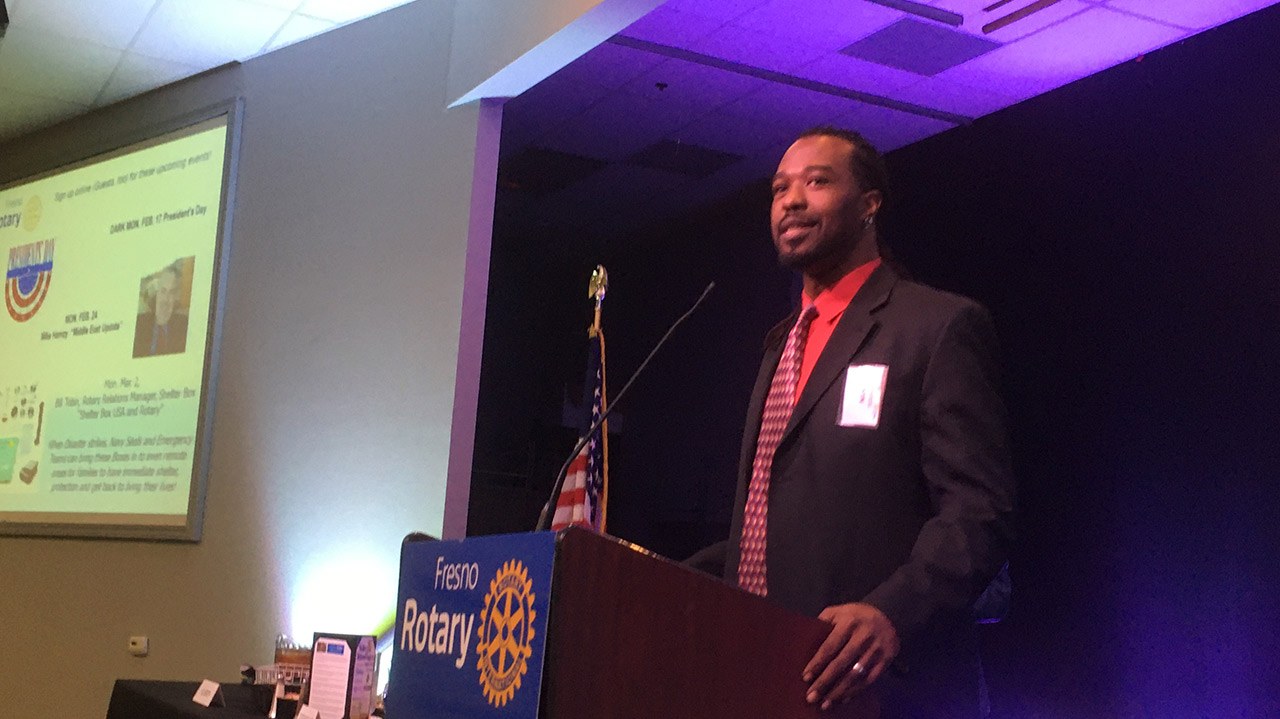