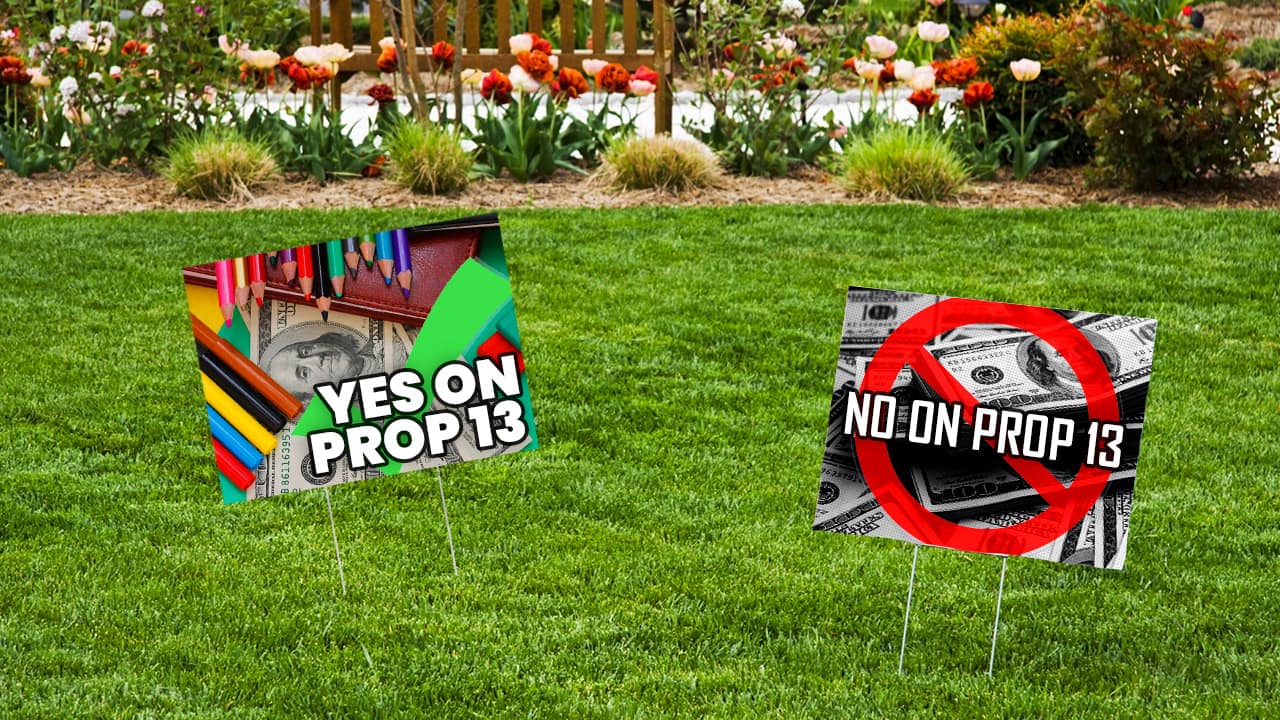 Just the mention of “Prop. 13” recalls the victorious image of Howard Jarvis celebrating the landmark property tax reform law that voters passed in 1978.
Some have called it the “third rail” of California politics.

So, why is it back on the March 3 ballot?
To be fair, this Proposition 13 is different, asking voters to approve $15 billion in school and college construction bonds. Coincidentally, the tax crusader group bearing Howard Jarvis’ name is in the middle of this one, too, opposing the measure.
Which begs the question: Should well-known propositions, best identified by a number (think Prop. 187 as another example) be retired to avoid confusion? And, how are proposition numbers determined anyway?
I asked Secretary of State Alex Padilla’s office. They pointed to a state law implemented in 1998. Propositions numbers rotate, starting with ‘1’, in a 10-year cycle. Hence, there is likely to be a Prop. 13 every 10 years. The numbers can go as high as there are propositions in a given 10-year period before resetting in years that end in ‘8.’
Which means, no, the numbers cannot be retired. The independent expenditure committee bent on defeating Jerry Dyer for Fresno mayor received another chunk of change.
The State Building and Construction Trades Council of California Independent Expenditure PAC contributed $25,000 to the Rising Together, No on Dyer for Mayor 2020 fund. And Fresno City Councilman Miguel Arias contributed $20,000 from his campaign account to the IE committee.
While the construction worker union may want to see Dyer go down, several of the unions representing City Hall workers cast their lot (and money) with Dyer.
Dyer and the other top challenger for mayor, Andrew Janz, will be at the same time and the same place for at least the third time this election cycle. They meet Monday at a lunchtime forum hosted by the Fresno Rotary. It takes place at noon at the Cornerstone Conference Center. Registration is required.
A fourth time is unlikely to happen at the Fresno 4 All forum 6 p.m. Thursday at the Saint James Episcopal Cathedral (4147 E. Dakota in Fresno).
Janz says he’ll be there; a representative for Dyer says it is unlikely he’ll participate.

Nearly a year after the city council came up with the idea, the Fresno Immigrant Affairs Committee held its first meeting Tuesday night.

The board of 15 members selected Samuel Molina as its chairman. Molina is the state director for Mi Familia Vota.
The group discusses the upcoming U.S. Census and advised the city take a proactive approach to notify residents of the nationwide headcount. This would include public service announcements, commercials, and billboards.
Guillermo Moreno, a board member and conservative radio talk show host, made a motion to disband the committee after three meetings. It was rejected.
The next meeting is scheduled for March 12.

Congressman TJ Cox (D-Fresno) received a lot of angry phone calls regarding House Speaker Nancy Pelosi (D-San Francisco) publicly ripping apart a copy of President Donald Trump’s State of the Union speech.
It’s not that Cox’s constituents were made at him. According to his press secretary on Twitter, it was a matter of one transposed digit of their respective phone numbers.

I heard Speaker Pelosi did a thing last night.

SB 207, authored by state Sen. Melissa Hurtado (D-Sanger), would make it easier for voters to re-register because they either want to switch parties or they moved.
The bill passed the Assembly and state Senate, and awaits Gov. Gavin Newsom’s signature. A provision in the bill would have it take effect immediately, in time for the March 3 election.
According to Hurtado, the bill would streamline the re-registration process, saving the voter time and frustration.
Under California’s new voting laws, anyone can register through the end of Election Day, even changing parties. But, it’s a process and one that Hurtado’s bill hopes to make easier.
With the state’s “top-two” primary system, any voter regardless of party registration, can vote in most contests — except for president and the party’s central committee which is reserved for voters of that party only. Each party has its own rules whether non-party members can vote (Democrats allow no party preference voters in, Republicans do not). That still requires a request for the correct ballot.

Central Unified Supt. to Board: New High School Should Stand On Its Own