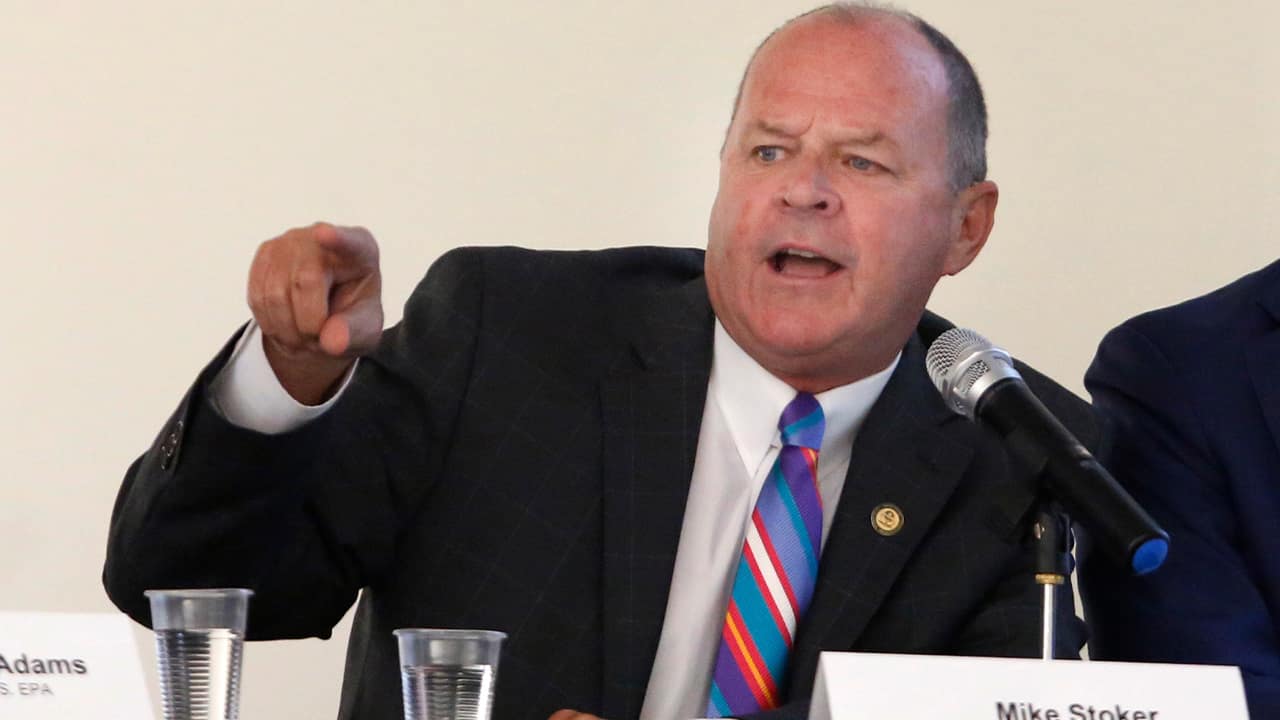 WASHINGTON — The Environmental Protection Agency abruptly pushed out its top regional official for California and other points West, touching off an unusual public dispute between the two over the reason why.

“Many thanks for your commitment to the clean up and transfer of the former Hunters Point Naval Shipyard,” Pelosi wrote in a June, 28, 2018 letter to Stoker. “Your work to ensure public health, hold a transparent process that engages the public … is critical and greatly appreciated.”
EPA spokeswoman Corry Schiermeyer in Washington disputed Stoker’s account of the reason for his dismissal, however.
In a statement Friday, Schiermeyer said it was normal for EPA regional bosses to “work in a bipartisan way.”
Instead, the EPA spokeswoman pointed to what she said was excessive travel and poor decision-making.
“We … had to relieve him for severe neglect and incompetent administration of his duties. His excuses and stories are simply all made up and we cannot allow them to go without response,” Schiermeyer said in the statement. Stoker called that “100 percent false,” saying Friday he had never gotten any reprimand from his EPA bosses.
Stoker’s work before the EPA included posts in agriculture and in state and local government. A supporter of candidate and then President Donald Trump, Stoker is credited with originating the chant “Lock her up” at Trump rallies, in regard to Hillary Clinton.
His stint at San Francisco-based EPA Region 9 came at a time when the Trump administration has been accused of trying to weaponize the EPA and some other federal agencies to punish California and other states for opposition to administration policies.

Last fall, for instance, Trump accused San Francisco of allowing used needles and human waste from drug addicts and homeless people to wash out into the Pacific Ocean. San Francisco officials insisted that its sewage treatment system prevented any contamination, but the EPA followed up with warnings alleging violations of the Clean Water Act.

Related Topics:CaliforniaEnvironmental Protection Agency
Up Next

Aide Who Testified Against Trump Escorted out of White House