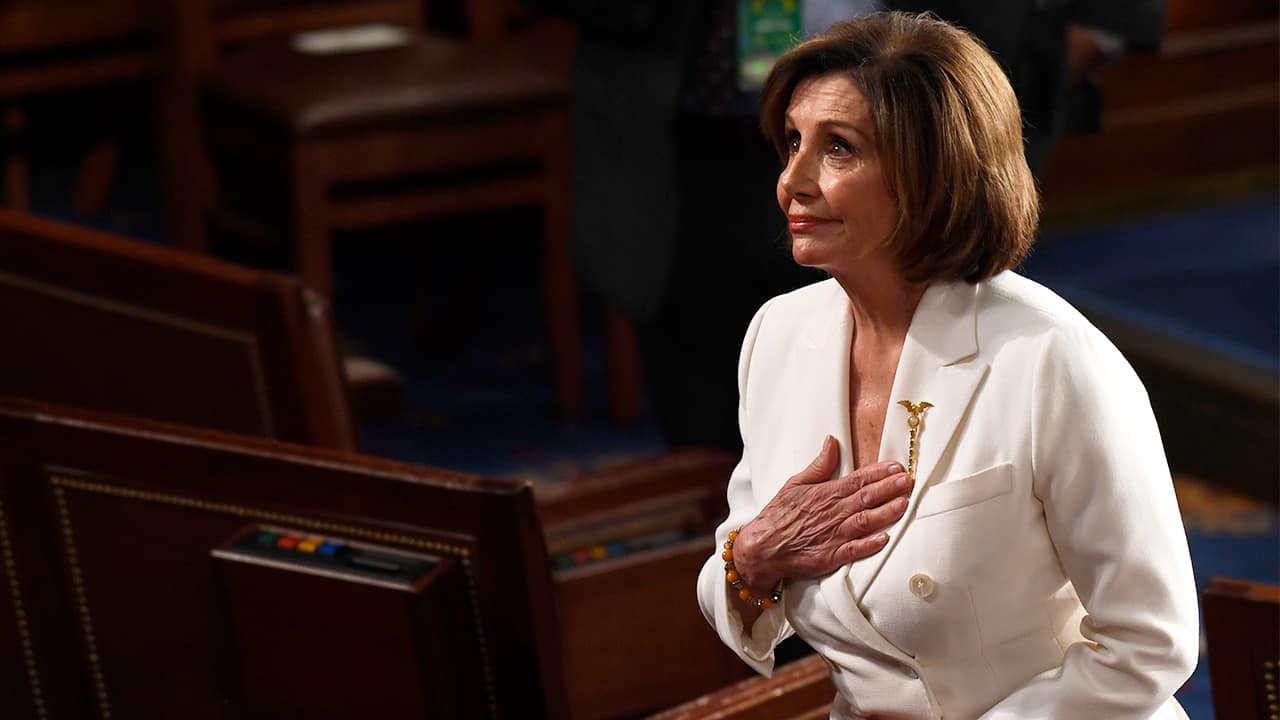 WASHINGTON — President Donald Trump was gone, the House lights were dimming, and House Speaker Nancy Pelosi looked up to her friends and family in the gallery overhead. She held up the speech she had shredded behind Trump’s back, on live television. She put her hand to her heart, dipped her head and gave a little bow.

The moment showcased Pelosi’s sharper, less-restrained approach to the nation’s 45th president at the bitter end of the impeachment saga she led. Now, she’s leading House Democrats out of impeachment’s shadow, through regular legislative business and toward Election Day in November. And though there’s no sign Pelosi herself is exiting the political stage, there’s abundant evidence that she’s unburdening herself of any lingering restraint when it comes to Trump.
And that’s saying something, considering her unapologetic style when it comes to him. She smirked and clapped, eye-to-eye with him at last year’s State of the Union. In private, she questioned the president’s manhood. And she stalked out of a White House meeting with him in October, bluntly suggesting the president is controlled by his counterpart in Russia.
But her speech-shredding on Tuesday night appeared to mark a pointier, post-impeachment phase, one Trump’s reelection campaign quickly sought to monetize.
“Wow. Nancy ripped my speech. She truly hates America,” said a text Wednesday as part of an effort to raise $2 million in 24 hours.
As furious Republicans piled on the condemnation, Pelosi brandished the ripped paper in full view of reporters and repeated in the hallways that she “tore it up.” House Speaker Nancy Pelosi of Calif., tears her copy of President Donald Trump’s State of the Union address after he delivered it to a joint session of Congress on Capitol Hill in Washington, Tuesday, Feb. 4, 2020. (AP Photo/Alex Brandon)

For Pelosi and the Democrats, the Address Was a Much More Glum Event

“I felt very liberated last night,” Pelosi told House Democrats in their private caucus meeting Wednesday, according to a Democratic aide in the room, who spoke on condition of anonymity to discuss the remarks. She said she viewed Trump’s remarks as “a pack of lies” on everything from health care to Medicare and Medicaid. House Speaker Nancy Pelosi of Calif., tears her copy of President Donald Trump’s s State of the Union address after he delivered it to a joint session of Congress on Capitol Hill in Washington, Tuesday, Feb. 4, 2020. Vice President Mike Pence is at left. (AP Photo/Patrick Semansky)

In fact, Pelosi has been freer with her thoughts on Trump and the Republicans for awhile. She was notably less restrained during a Jan. 15 floor speech on the day the House sent the two articles of impeachment to the Senate for trial.