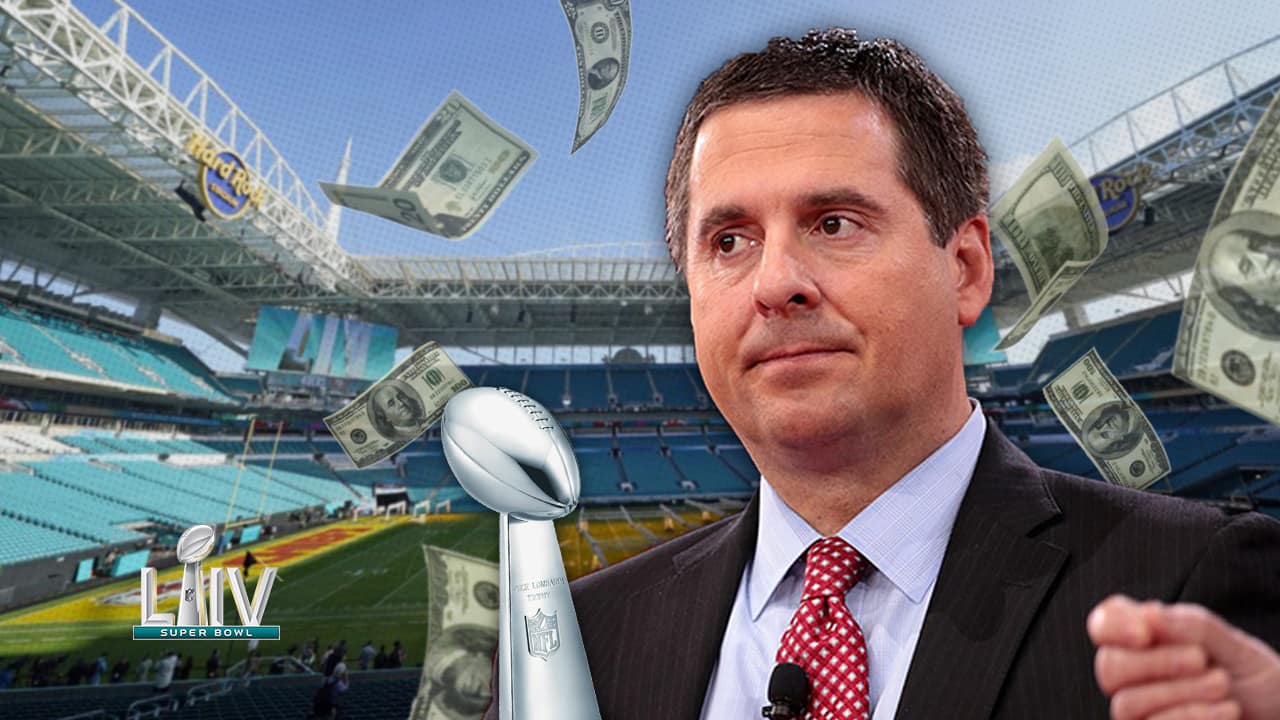 Devin Nunes will join Donald Trump and Michael Bloomberg at the Super Bowl. At least on the tube.
The Republican congressman from Tulare County won’t necessarily be in Miami Gardens on Sunday. But, he will be on TV.

Like the presidential candidates, Nunes bought a 30-second ad that will air sometime during the game. The spot will air locally on KMPH Fox 26.
The local ad breaks usually occur right after the first quarter, halftime, and the third quarter.
The price a for 30-second local spot? $30,000. The national rate is $5.6 million.
“It’s advertising!” said Tal Cloud, who is Nunes’ political consultant and purchased the ad time.
Nunes will also air five other spots during the pregame show. Those range from $300 to $3,500 each.
The nine-term congressman is flush with cash. His latest FEC filings showed him raising $2.1 million for the fourth quarter of 2019, and $7.9 million for the year. He has $7.1 million cash on hand.
Data comes from FCC and FEC filing records.

Arballo on TV, Too

Phil Arballo is on TV in his quest to knock Nunes from his CA-22 seat.
The Democrat began airing spots on a number of local stations, featuring his wife and son.
As part of his $16,000 buy on KMPH Fox 26, he will air two ads during the Super Bowl pregame show (at $1,200 each). Arballo is also spending $12,000 each on KSEE-24 and CBS 47.
The other candidates in the race — Democrats Bobby Bliatout and Dary Rezvany — as well as Eric Garcia (no party preference) — have not purchased air time.

Jerry Dyer continues to be the only Fresno mayoral candidate on the airwaves. He’ll appear on radio stations KMJ (105.9 FM/580 AM) and Power Talk 96.7 as well as on TV on the four network affiliates: ABC 30, KSEE-24 (NBC), CBS 47, and KMPH Fox 26.
No other mayoral candidate has purchased airtime.
Kevin Cookingham is on the board in his bid for the 16th District congressional seat, currently served by Rep. Jim Costa (D-Fresno). Cookingham, a Republican, bought about $4,000 in ads on ABC 30 that aired last November.
Elizabeth Egan paid $3,270 for 42 spots on CNN, MSNBC and Fox News in her Fresno County judicial race. She will also be on the radio with $1,800 worth of ads on Power Talk 96.7.
While Bernie Sanders announced a major ad buy in California, the presidential candidate has not spent his money in the Fresno market.

The Fresno City Council adopted its marijuana business license plan with a 4-2 vote on Thursday. The plan allows for 14 retail shops now, with the ability to add seven more. There will also be several social accountability considerations for owners and employees.
But don’t expect applications to be ready any time soon. An environmental review process remains in effect and could take many more months to complete.
Miguel Arias, Luis Chavez, Nelson Esparza, and Esmeralda Soria voted in favor of the plan; Garry Bredefeld and Mike Karbassi opposed it. Paul Caprioglio was absent because of illness.

After Debate, Council Adopts Some Rules, Drop Others

After a nearly 45-minute debate about debating, the Fresno City Council adopted new procedural rules, while dropping others.
Although the deadline to submit items for the agenda remains the prior Thursday before a council meeting, presentation materials may still be turned in after that time. A proposal by Miguel Arias would have required approval from the council president or a supermajority of the council for late submissions. The council voted that change down.
A rule requiring a disclaimer for “graphic or potentially offensive images, video, or discussion” was approved 6-0.
The most contentious discussion revolved around a proposal on how to set debate parameters. The proposed changes were deemed too limiting and too confusing and were unanimously rejected.

On This Madera Campus, They're Hungry For Knowledge — Not Food