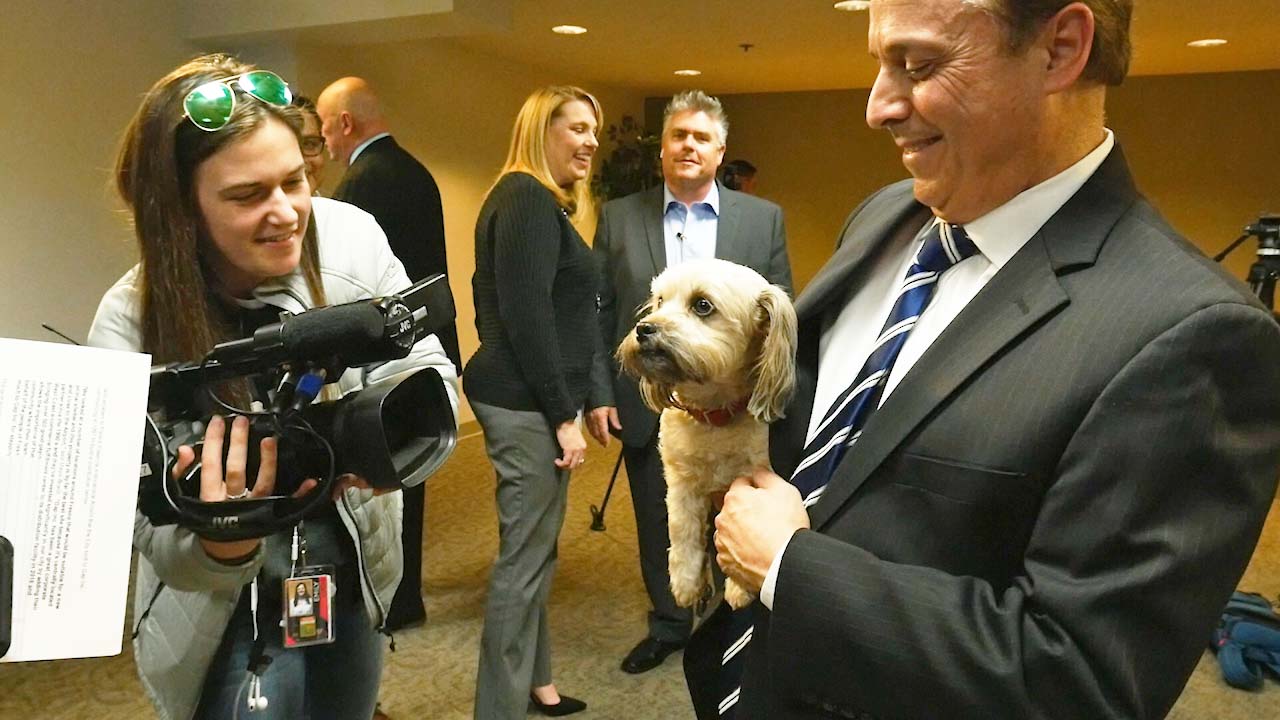 Fresno youth and pets, along with good corporate citizenship, enjoyed a banner afternoon Tuesday at City Hall.
First, Mayor Lee Brand and The Gap made it official. As I reported last week, Fresno is getting 4.8 acres for a no-kill animal shelter near the airport from the global clothing retailer for $1.

Listen to this article:
In addition, The Gap is giving the Boys & Girls Clubs of Fresno County about six acres of land in the same area.

The parcels are part of 200 acres the city sold to The Gap for $2 in 1997 in return for building a distribution center.
What Boys & Girls Clubs will do with the piece of prime industrial property is undetermined. As Diane Carbray, the nonprofit’s CEO and president, pointed out, its popular Clovis club is just two miles from the site.
But there’s no doubt that the donation — however it is used — will benefit the organization.
“We are very excited to receive such a tremendous and valuable gift,” Carbray said at a City Hall news conference. “It is transformational to our organization in enhancing our resources for serving over 5,500 youth in Fresno County.”

An Unexpected Call From an Old Friend

Carbray said The Gap’s gift came out of the blue with a phone call. But The Gap and the youth organization have longtime ties — here in Fresno and nationwide.
Donald Fisher, who founded The Gap in 1972 with his wife, Doris, once served on the Boys & Girls Clubs national board of directors.
And, after building the distribution center here, The Gap teamed up locally with the nonprofit. Today, high school Boys & Girls Clubs members job-shadow Gap employees to get a taste of the working world.
The Gap “has partnered closely with the Boys & Girls Clubs of Fresno County for many years, and we feel this donation will address multiple needs of this community we call home,” said Gap executive Shawn Curran. “We are proud to be part of the community and are thrilled we could gift this land to the city for causes that will benefit the region and are important to our employees.”

While Boys & Girls Clubs leaders must decide their next steps, the city knows exactly what it will do with its land. It hopes to open a state-of-the-art animal shelter by summer 2021. Fresno Humane Animal Services will operate the shelter. 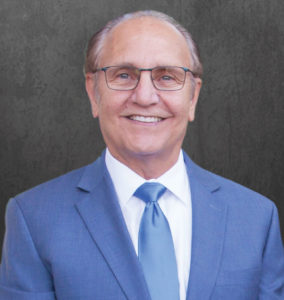 Coco and Buddy Steal the Show

“This is Coco, who was rescued from the SPCA,” Bredefeld said. “Our pets provide us unconditional love and they deserve shelter.”
Soria introduced Buddy “who has been with me for more than five years.” If Buddy were to get lost, Soria said, she would want him to be treated well until he was reunited with her.
“All residents expect that,” she said.

The new shelter will cost about $20 million, Brand said. Fresno businessman and animal lover Derrel Ridenour is providing the design plans free of charge.
You might remember that an animal shelter Ridenour proposed to fund and build on land he owned in the county west of Highway 99. That effort was scuttled by neighborhood opposition and a decision by the Board of Supervisors to construct a facility elsewhere.
Brand said that the city will explore paying for the animal shelter with bonds, state grants, and community fundraising.