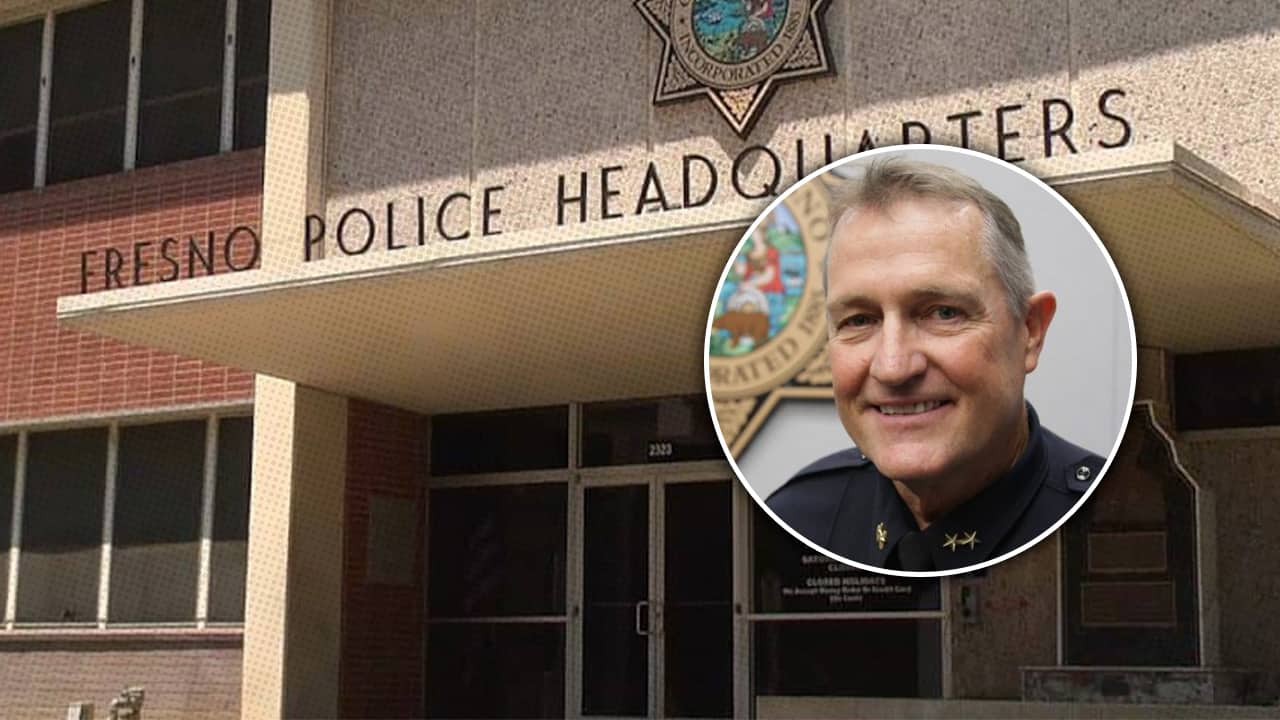 The Fresno Police Department had historic lows for officer-involved shootings and bias complaints in 2019 while experiencing a six-year high in employee dismissals.
Those are the big takeaways from the city’s Office of Independent Review fourth-quarter report.

Listen to this article:
The independent reviewer said that the three officer-involved shootings in 2019 were a 20-year low. There were seven officer-involved shootings in 2018.
And, there were no bias complaints made against the department, the report stated.
In 2019, 15 police employees left the department for disciplinary reasons, an increase from two the prior year and the most since the OIR started tracking that statistic in 2013.
“I think that’s going to demonstrate a healthy organization that holds its employees accountable,” Fresno Police Chief Andy Hall said.

Discipline Rate Nearly Doubles Under Hall. He Calls it Coincidence.

“I think that’s going to demonstrate a healthy organization that holds its employees accountable.” — Fresno Police Chief Andy Hall
Fresno police were disciplined at a higher rate under Hall in the last quarter of 2019 than the previous three quarters.
The rate that police employees faced disciplinary measures — from letters of reprimand to terminations — nearly doubled in the period from Oct.-Dec. 2019  compared to the previous nine months. There was an average of 14 cases per quarter resulting in discipline in the first three quarters. But there were 25 cases in the last quarter.
Hall says the numbers are more of a coincidence of timing than policies he’s implemented. Hall officially became chief on Oct. 16, taking over for the retiring Jerry Dyer. At that time, a large number of  Internal Affairs investigations were close to being completed, the chief said. Four of the cases that resulted in employees leaving the department last year involved conduct that took place in 2018.
“It takes several months for a major investigation to get through the process,” Hall said. “I think it’s too early to make a conclusion that this is anything other than this is just the ebb and flow of complaints.”

Note: In 2019, there were also three medical separation disciplinary matters not reflected in the chart above. 2019 was the first year tracking that statistic by the OIR. (GV Wire/Alexis DeSha)

The number of Fresno police employees disciplined in 2019 also reached a six-year high, according to the OIR’s fourth-quarter report.
For the year, 70 police employees — the report does not distinguish between sworn officers and civilian members — faced some form of discipline. That was a 37% increase over 2018 for the same measured categories.
“It’s significant,” Hall said. “I believe that we do a great job of policing ourselves.”
In 2019, 15 police employees left the department either through termination (7), resignation in lieu of termination (5), or retired (3). Only two left the department in 2018 because of discipline issues; both were terminated.
Hall pointed out that more complaints were generated from within the department (94) than from citizen complaints (41). The previous year, 95 complaints were department generated and 48 came from the public. Hall said that’s a “healthy’ situation.
Todd Frazier, president of the Fresno Police Officers’ Association, said some of the information provided in the OIR report was not collected previously.
Analyzing the increase in dismissals and disciplinary actions, Frazier said: “Let’s see how it plays out in the next few years.”

In the Winter 2019 edition of its Kopout magazine, the Fresno Police Officers Association hinted to its members that Hall may engage in more disciplinary measures than Dyer did. In addition to the decline in officer-involved shootings, the department saw in-custody deaths fall from two in 2018 to none last year, according to the OIR.
“A contributing factor can be the emphasis on de-escalation training mandated for each officer,” Independent Reviewer John Gliatta wrote in his report. Why Police Employees Left the Force

Analyzing the four quarterly OID reports, Gliatta briefly described 13 instances where he didn’t conduct a follow-up review after the subject resigned or retired prior to the conclusion of an Internal Affairs investigation.
Two police employees were involved in domestic violence matters; one left for sending unsolicited text messages; another for an off-duty DUI hit-and-run.
Two left because of not securing property or misplacing property. Another left because of failing to correct an evidence error.

Father Arrested in Killings of His Valley Born Children