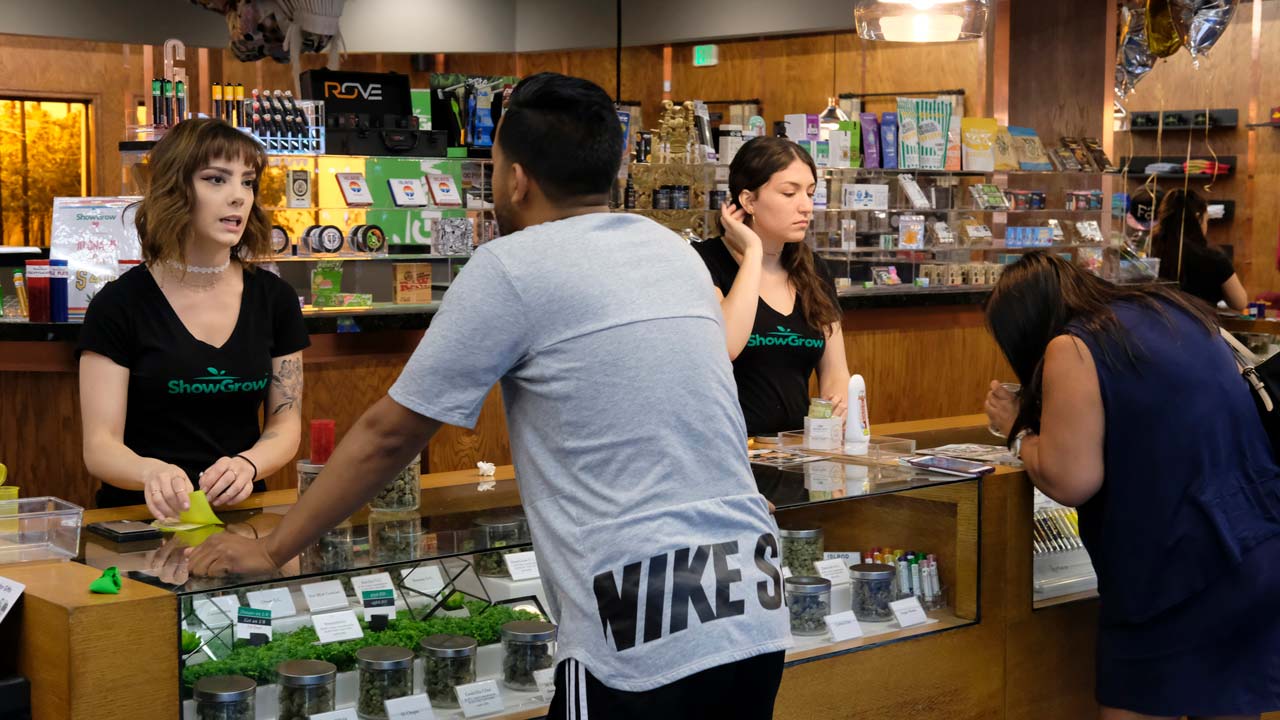 JUNEAU, Alaska — Marijuana shops in Alaska will be among the first nationally where onsite use would be permitted.
Alaska’s legal marijuana industry hit the milestone Thursday as regulators approved the first retail stores in the state that will be allowed to have customers smoke or consume marijuana products on site.
Some cities in other states have approved such actions, but these are the first state-issued approvals, said Chris Lindsey, director of government relations with the Marijuana Policy Project.
“But clearly we’re still very, very early in all of this,” Lindsey said.
On 3-2 votes, the Marijuana Control Board approved applications by GoodSinse LLC in Fairbanks and Cannabis Corner, which is located in the Ketchikan Gateway Borough. The Alaska Marijuana Control Board listens to testimony during a public comment period on Thursday, Jan. 23, 2020, in Juneau, Alaska. Alaska’s legal marijuana industry hit a milestone Thursday, as regulators approved the first retail stores that will be allowed to have customers consume marijuana products on site.(AP Photo/Becky Bohrer)

‘This Is a Really Big Milestone’

Daniel Peters, a co-owner of GoodSinse, whose application was the first of the two to be approved, called it a dream come true.