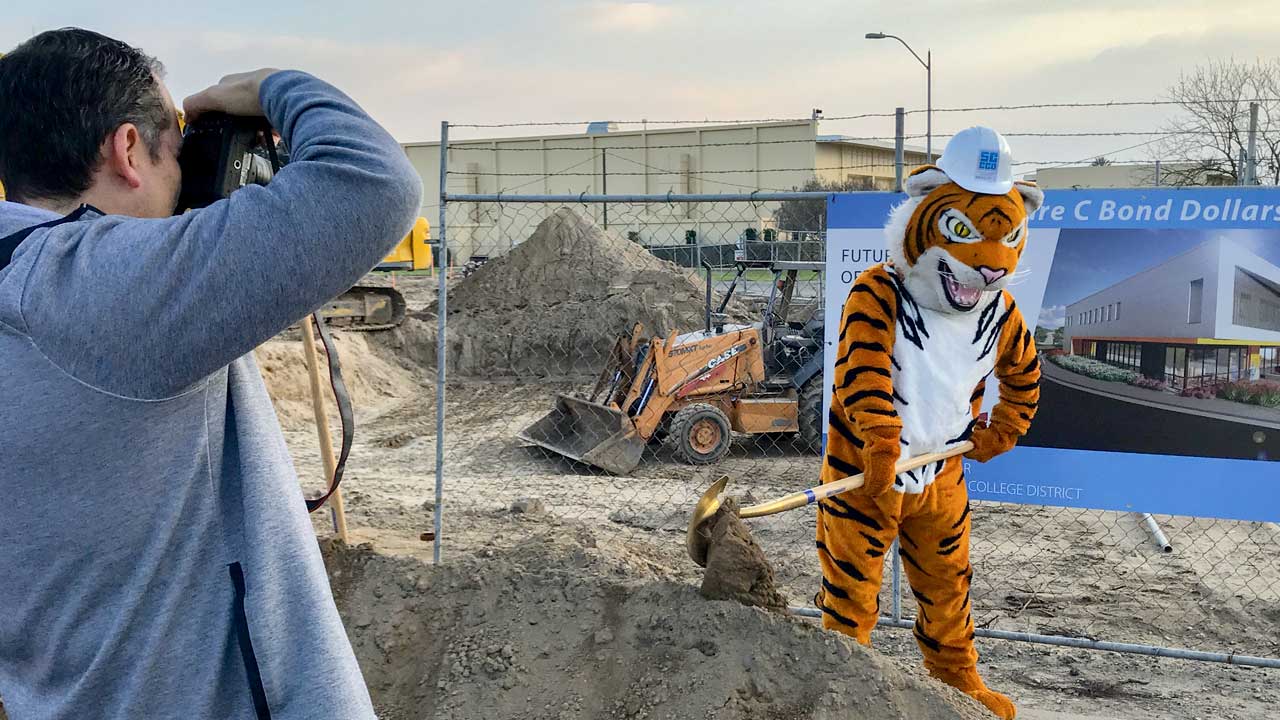 The gold-painted blades of 13 shovels gleamed in the mid-afternoon sunshine at Reedley College on Wednesday, ready for their big moment at the groundbreaking ceremony for the $20 million Math, Science, and Engineering Building.

Listen to this article:
But it was clear from the nearby gaping hole and big yellow construction vehicle that the actual groundbreaking had already happened. 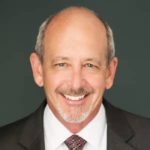 Site work started just after New Year’s Day with the removal of three portable buildings so digging for infrastructure could begin, Reedley President Jerry Buckley said.
Wednesday’s ceremony “is the official groundbreaking,” he said with a smile.
It’s the latest State Center Community College District project funded with Measure C, a $485 million bond measure approved by State Center voters in June 2016. State Center Chancellor Paul Parnell and others used the occasion to thank voters for supporting the bond measure that is helping to pay for new facilities across the district.

The 21,000-square-foot building on the west side of the campus near the athletic fields will house the new math tutoring center, a nursing lab and classroom, a large group instruction classroom, two chemistry labs, the dental assisting program, 20 faculty offices, and the dean’s suite.
It’s scheduled to open by the start of the fall 2021 semester.

“And if they complete their STEM degrees, they will transform Reedley — and our whole Valley.” — Math Center coordinator Becky Reimer
Becky Reimer, coordinator of the Math Center, said she’s particularly excited at the prospect of expanding math services to Reedley students.

The math center opened in 2009 as part of Reedley’s first STEM (science, technology, engineering, and math) grant, she said.
“That first semester we served just about 300 students, and last semester we served over 700 students … over 9,300 hours improving their math,” Reimer said.
Students who use the center are 15% more likely to pass their math classes, she said.
“You may have heard a quote from the movie, ‘Field of Dreams,’ ‘If you build it, they will come,’ ” she said. “I would like to add, if they come, they will succeed in their math classes, and if they succeed in their math classes, they will complete their STEM degrees.
“And if they complete their STEM degrees, they will transform Reedley — and our whole Valley.”


“This is the first significant instructional space that we’ve added in a very, very long time.” — President Jerry Buckley

Other New Buildings Coming to Campus

Reedley College, which was founded in 1926 and is the second-oldest college in the State Center District, serves more than 11,000 students yearly.
Most of the college’s buildings were constructed between 1959 and 1968. “This is the first significant instructional space that we’ve added in a very, very long time,” Buckley said.
And more buildings are in the works or on the way. The college’s heavy truck program is getting new bays, Buckley said. And the state just approved funding for a child development center.

The centerpiece project will be the long-awaited performing arts center — the first for the nearly 100-year-old campus.  Buckley said he expects construction to begin in 2021 or 2022. The college is still in the process of lining up funding and working on the plans with the state architect’s office.
“It’s going to be a beautiful facility that really represents the orchards that we actually live and work around,” he said. “The primary shape of the building will represent a blossom from a peach tree.”
The first completed Measure C project is Madera Community College Center’s new Center for Agriculture and Technology, which is opening for classes this semester. Other Measure C projects in the planning stages include a new West Fresno campus and a First Responders campus in southeast Fresno.