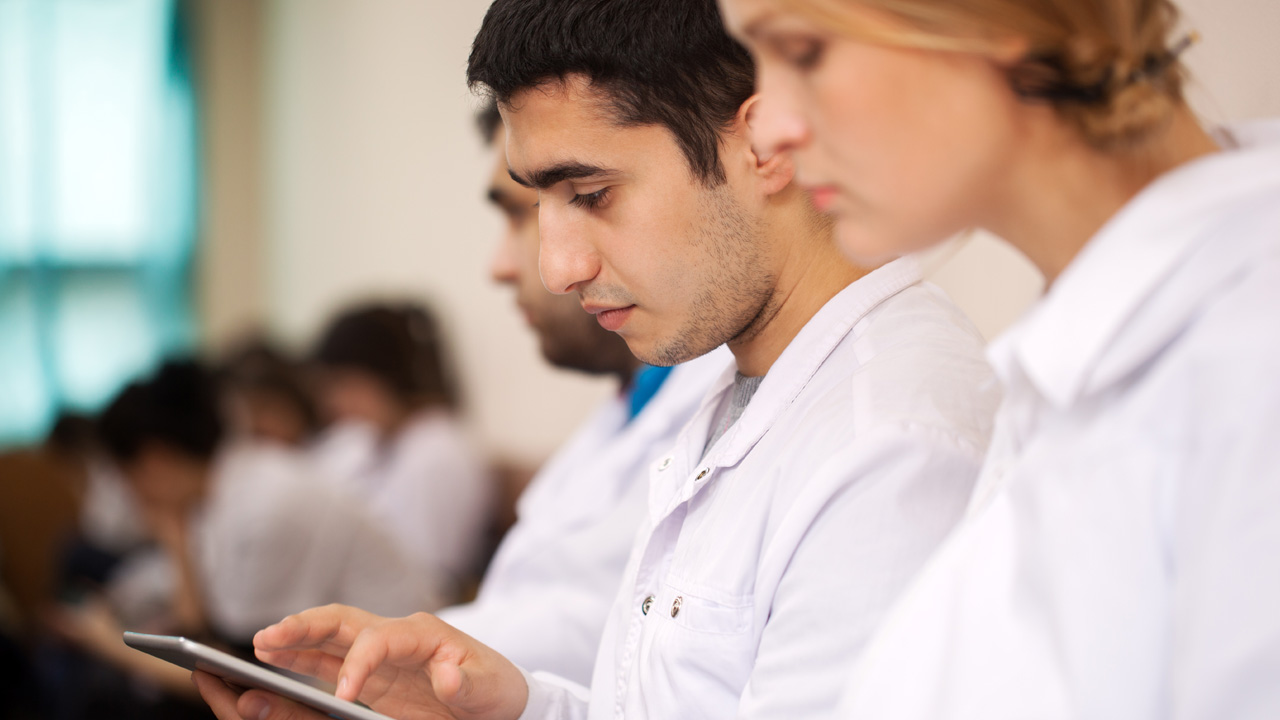 Congressman Jim Costa says there finally is enough political will and money to open a long-needed publicly owned medical school in the San Joaquin Valley.
Last week, Costa (D-Fresno) introduced the “Expanding Medical Education Act of 2020” in Congress. The goal is to leverage federal, state and private dollars to combat the Valley’s doctor shortage.

Listen to this article:
“Clearly the need is here,” Costa said. “There is a disproportionate need for medical professionals.”
There are only 39 doctors per 100,000 residents in the Valley, Costa said Wednesday. The statewide ratio is 50 doctors per 100,000 residents.
Costa, Rep. TJ Cox (D-Fresno) and state Assemblyman Adam Gray (D-Merced) spoke about the local healthcare situation at a Wednesday news conference at the UCSF Fresno medical training facility downtown.
The construction of a publicly owned medical school in the Valley has been championed by politicians and healthcare advocates since the early 1960s.

Additionally, the legislators hope that doctors trained in the Valley will stay in the Valley.
“It means taking the next generation of young people who live here, who look like the people who grow up here, educating them, (and) preparing them for med school,” Gray said.
The best way to make that happen, according to Gray, is to educate them here and keep them here.

Cox said the political will for a medical school flowed from the 2018 election.
“No longer is Jim (Costa) the only Democrat working here in the Central Valley,” Cox said, referring to the election of himself and Josh Harder (D-Turlock). Both lawmakers are bill co-sponsors.
“We’ve got a coalition of working together to deliver on the things that are going to make a positive difference in the lives of people, primarily healthcare,” Cox said.
Costa and Gray mentioned how they spoke with Gov. Gavin Newsom about the issue when Newsom visited Fresno last November during the California Economic Summit.
The result was a commitment in the state budget to help launch a publicly funded Valley medical school.
Gray also is the author of state legislation that established the San Joaquin Valley Regional Medical Education Endowment Fund.

Costa’s bill, HR 5654, would prioritize federal funds, $200 million, for grants to establish medical schools in areas of need such as Fresno. A single school can qualify for up to $10 million. The bill also requires a one-for-one matching grant from non-federal money.
Gray is sponsoring a similar bill for funds at the state level.
While there are no specifics on what a medical school would look like in the region, it likely would utilize existing campuses, hospitals, and facilities.
Costa said funds could go to undergraduate programs at UC Merced in concert with UCSF Fresno. Costa noted how he helped secure state funds to build the campus while he was in the state Legislature.
UCSF Fresno was approved as a branch campus of the UCSF School of Medicine in July 2018. And, it has provided medical education and training for residents, fellows, and students for more than 40 years.
“We can provide a full-fledged medical school at a lot less cost than the traditional model,” Costa said.
Cox concurred about having medical campuses in Merced and Fresno.
Costa said he is confident the bill will get off the House floor and through the Senate. The bill will first head to the health subcommittee of the House Committee on Energy & Commerce. The chairwoman, Anna Eshoo (D-Palo Alto), has a Fresno connection. Her parents grew up here, Costa said.

California Health Sciences University, which is in Clovis, will soon offer medical degrees. The privately owned university now offers a four-year Doctor of Pharmacy program.
CHSU’s School of Osteopathic Medicine is set to welcome its first cohort, up to 75 students, starting in July. It will be the first four-year medical school in the area.
Darius Assemi, publisher of GV Wire, and his family founded CHSU in 2012.