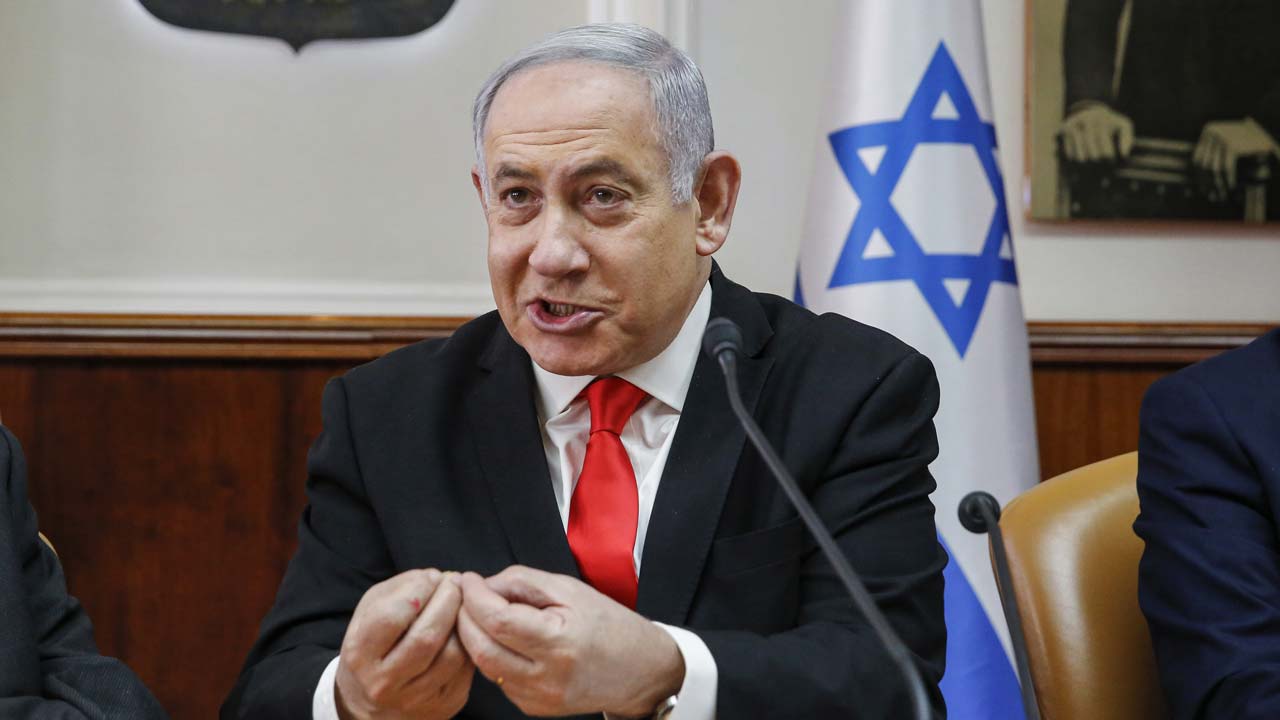 JERUSALEM — Israeli Prime Minister Benjamin Netanyahu is calling on the world to take “concrete actions” against the International Criminal Court ahead of a possible war-crimes case against Israel.
The ICC’s chief prosecutor, Fatou Bensouda, said last month that there was a “reasonable basis” to open a war crimes probe into Israeli military actions in the Gaza Strip as well as Israeli settlement construction in the West Bank. She has asked the court to determine whether she has territorial jurisdiction before proceeding with the case.
Israel, which is not a member of the ICC, has said the court has no jurisdiction and accused Bensouda of being driven by anti-Semitism.

In an interview with the Christian network TBN to be aired later Tuesday, Netanyahu praised President Donald Trump for criticizing the ICC and called on others to follow suit.
“I think that everybody should rise up against this,” he said, according to excerpts released by his office. “I urge all your viewers to do the same and to ask for concrete actions, sanctions against the international court, its officials, its prosecutors, everyone.”
“They’re basically in a full frontal attack on the democracies, both on the democracies’ right to defend themselves, and on Israel’s right, the Jewish people’s right, to live in their ancestral homeland, the Land of Israel,” he said.
There was no immediate reaction from Bensouda. But in a recent interview, she told the Israeli news site Times of Israel that accusing her of anti-Semitism was “particularly regrettable” and “without merit.”
The court said in statement that it and its officials “will continue to do their work in accordance with the mandate bestowed upon them” in accordance with the principle of the rule of law.

Netanyahu Expected to Use Auschwitz Commemoration to Rally Opposition

The TBN interview came ahead of a gathering in Jerusalem on Thursday where dozens of world leaders are to commemorate the 75th anniversary of the liberation of the Nazis’ Auschwitz death camp and to speak out against anti-Semitism.
Netanyahu is expected to use the gathering to try to rally international opposition to the ICC case against Israel.
In the Hague, ICC judges on Tuesday delayed the case when they asked Bensouda to resubmit her jurisdiction request because her original request was too long. The judges have 120 days to rule after they receive the new request.
At the United Nations, Palestinian U.N. Ambassador Riyad Mansour accused Israel Tuesday of trampling on the U.N. Charter, U.N. resolutions “and any and all relevant provisions of international law.”
“Like common war criminals, even the specter of an ICC investigation hasn’t deterred Israeli government officials and military commanders, who continue to blatantly challenged the Security Council and international community as a whole,” he told the U.N. Security Council.
Mansour stressed that there is “an urgent, shared responsibility and obligation for the Security Council, General Assembly, ICC and all states” to uphold the rule of law.

Iranian Attending College in Boston is Denied Entry to US