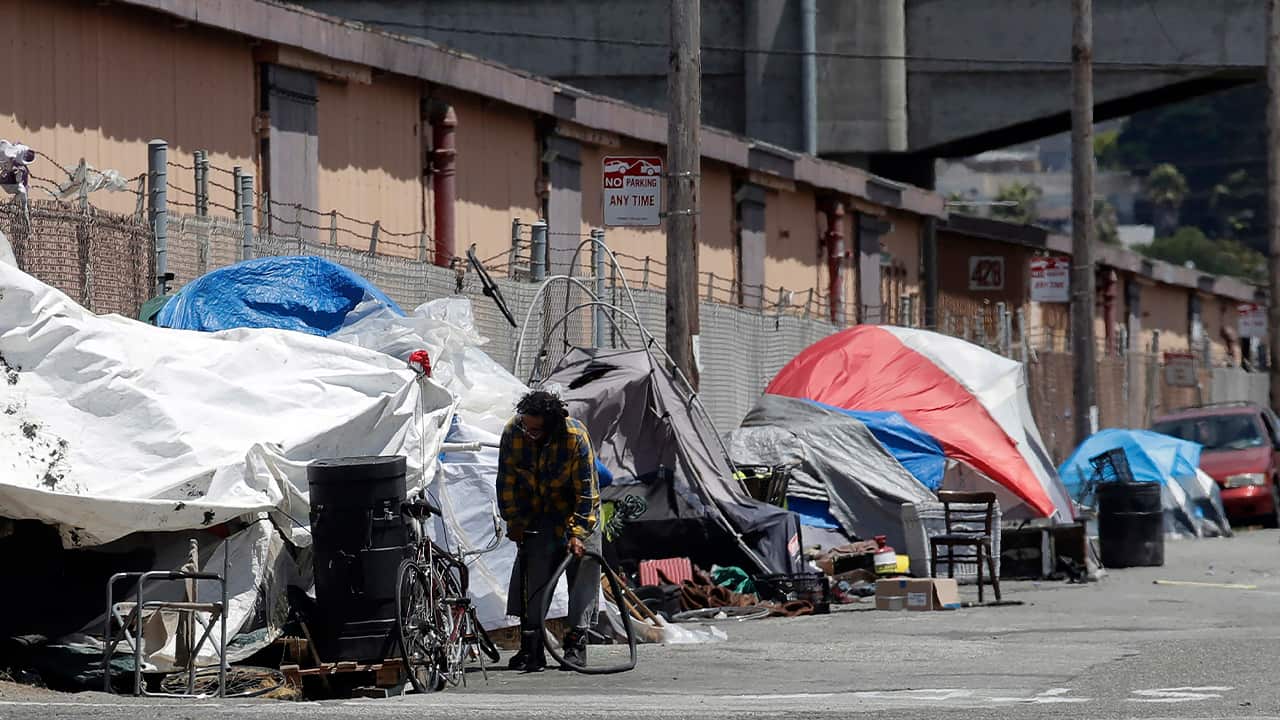 Gov. Gavin Newsom spoke powerfully about California’s homelessness crisis during his Wednesday stop in Fresno, saying “Enough is enough. We got to own this. We got to meet this moment.”

Listen to this article:
But, in addition to fulfilling the moral imperative of giving people a hand up, the governor has powerful political reasons to act.
Homelessness is the No. 1 issue facing the governor and the Legislature, according to the latest poll from the Public Policy Institute of California. In addition, his approval rating is barely above water at 51%.
To his credit, Newsom earmarked $1 billion in new homeless funding in his proposed budget before the poll’s release. Now his hurdle is delivering positive results. “I don’t think (homelessness is) something that’s coming up because they’re reading about it or because the president has tweeted about. It’s on people’s minds because they’re seeing it in their daily lives.” — Mark Baldassare, president/CEO of the Public Policy Institute of California

Homelessness Is Top of Mind for Voters

In the poll, 23% of likely voters identified homelessness as the state’s biggest challenge.
A year ago, 7% of likely voters cited it as their biggest concern. And, in 2015, just 2% of adults said it was a top priority.
“Homelessness is frequently mentioned as the most important issue for the governor and Legislature to work on in 2020 across the state’s regional, demographic, and political groups,” said Mark Baldassare, the PPIC’s president and CEO.
President Trump’s frequent criticism of California’s failure to stem the tide of people living on the streets likely has intensified the demand for solutions. Indeed, 28% of Republicans polled by the PPIC say reducing the homeless ranks is job one.
But Baldasarre told CalMatters, “I don’t think (homelessness is) something that’s coming up because they’re reading about it or because the president has tweeted about. It’s on people’s minds because they’re seeing it in their daily lives.”
The facts bear out Baldasarre’s analysis.
Last month, the Department of Housing and Urban Development reported a 2.7% increase in the nation’s homeless population driven by a spike in California. In fact, HUD attributed the national increase “entirely” to a 16.4% increase in California.

The two leading candidates in the 2020 Fresno mayoral race concur with Baldasarre’s assessment. Though they disagreed on the solutions, both Jerry Dyer and Andrew Janz cited homelessness as the city’s biggest challenge in a recent GV Wire forum.
According to last year’s point-in-time count, there were 1,152 homeless people in Fresno, and about 300 more living in shelters. That was a 23% rise from 2018. This year’s point-in-time homeless count is coming up on Tuesday, Jan. 28.