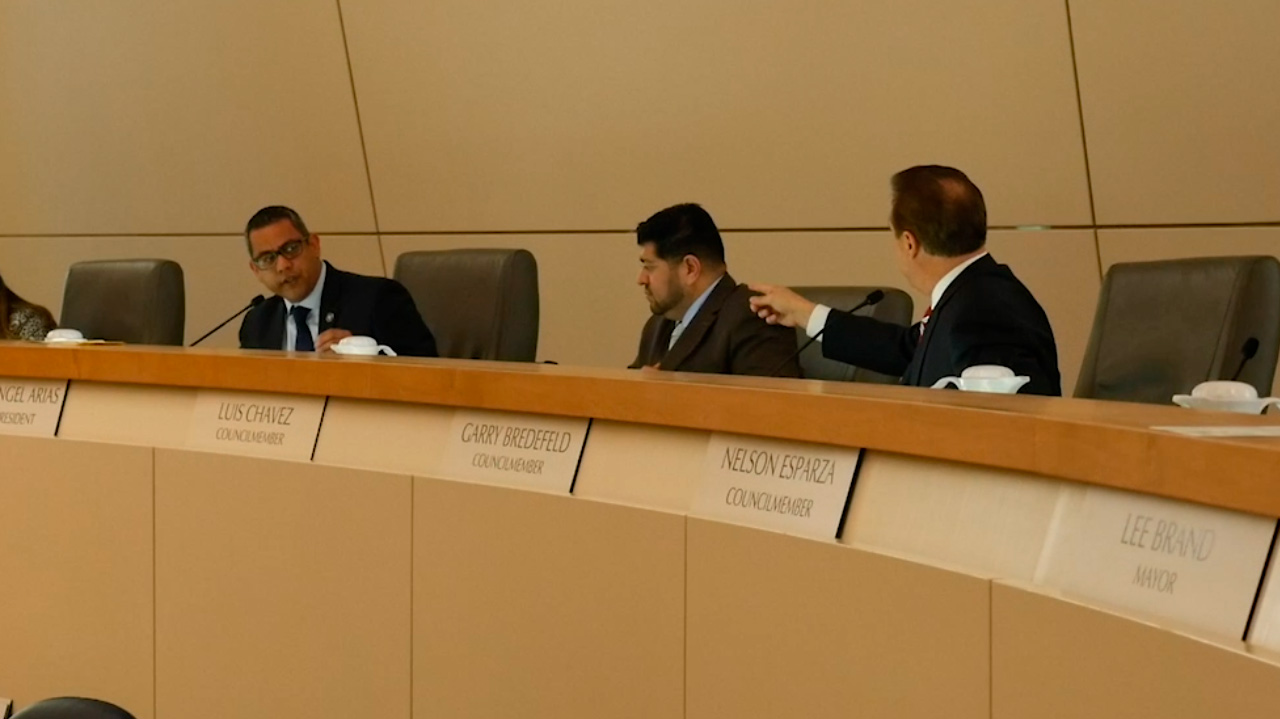 Only active duty peace officers and a few others will be allowed to carry weapons inside Fresno City Hall, the council decided Thursday.

Listen to this article:
Enacting a new policy at the behest of Fresno Mayor Lee Brand, the council voted 6-1 to limit guns to law enforcement officers, retired law enforcement officers (as long as they check in with security), and the city’s independent police auditor John Gliatta, himself a former FBI agent with a license to carried a concealed firearm.
The verdict came over the sometimes loud objections of councilman Garry Bredefeld.
“This is nothing more than an effort to disarm law-abiding CCW holders, whose only crime today was to meet up with politicians that want to disarm them,” Bredefeld said after the vote.
“We are very supportive (of the Second Amendment),” said police chief Andy Hall during the meeting. “We are just trying to find the right balance.”
The new CCW policy coincides with enhanced security at City Hall that went into place Jan. 2. Members of the public now have a single point of entry and are screened through metal detectors. While employees are exempt from screening, that policy could change. 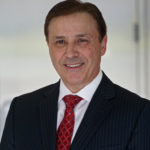 “Mayor Brand’s plan is declaring a gun-free zone … Maniacs love gun-free zones.” — Councilman Garry Bredefeld
Bredefeld said the security policy benefits “bad guys.”
“Mayor Brand’s plan is declaring a gun-free zone,” Bredefeld said. “Maniacs love gun-free zones.”
Both Brand and Hall disagreed with Bredefeld’s characterization of the policy.
Bredefeld then played a video of a news story regarding a 2010 shooting at a Florida school board meeting. It showed graphic images of a man firing a gun at school board members. All the shots missed, and the shooter eventually killed himself (the latter not seen in the video).
Council president Miguel Arias cut off the video, angering Bredefeld.
“You don’t cut any video. That’s my video,” Bredefeld shouted. “That’s the reality with people with guns. If you don’t like it, too bad.”
Afterward, Arias expressed concern about broadcasting such images to children who may be watching on cable TV through CMAC (public access).
“It was in poor taste,” Arias said. He said the council may need to revisit its rules for airing videos.

Bredefeld questioned Hall about CCW permit holders and safety. At times, it seemed like a made-for-TV courtroom drama.
Asked about how many CCW permit holders committed crimes at City Hall, Hall answered that he wasn’t aware of any.
A frustrated city manager Wilma Quan tried to end Bredefeld’s questioning. Bredefeld refused to yield, and city attorney Douglas Sloan clarified that the council regulated itself.
“Wilma Quan didn’t like the answers Andy Hall was giving, which were CCW holders are law-abiding citizens that cause no problems,” Bredefeld told GV Wire afterward.
No other council members commented after Bredefeld finished. Arias called for the vote, with Bredefeld providing the only dissent.
After the debate, Hall said while he respects Bredefeld, he didn’t appreciate the questioning.
“It was a little bit off-putting to have to go through a cross-examination. I did get tired of it,” Hall said.
“Some individuals struggle with keeping their composure, being respectful not only of our council colleagues but also of the police chief. It is unnecessary,” Arias said after the meeting. 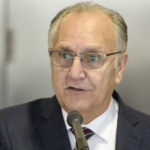 Thirteen members of the public spoke on the issue, and 12 agreed with Bredefeld.
“What problems have CCW holders caused?” asked Liz Kolstad, a well-known conservative advocate.
Sam Frank, president of the union representing many City Hall workers, said his employees had mixed opinions on the issue.
While not necessarily against a plan to screen employees, Frank said, he wanted to make sure they were protected from being late to work because they had to wait in a security line. That could mean the ability to officially start their day prior to entering the line, or not being written up because employees had to wait.