FUSD Owes Flood Control District $750K. The Check Is Not in The Mail. 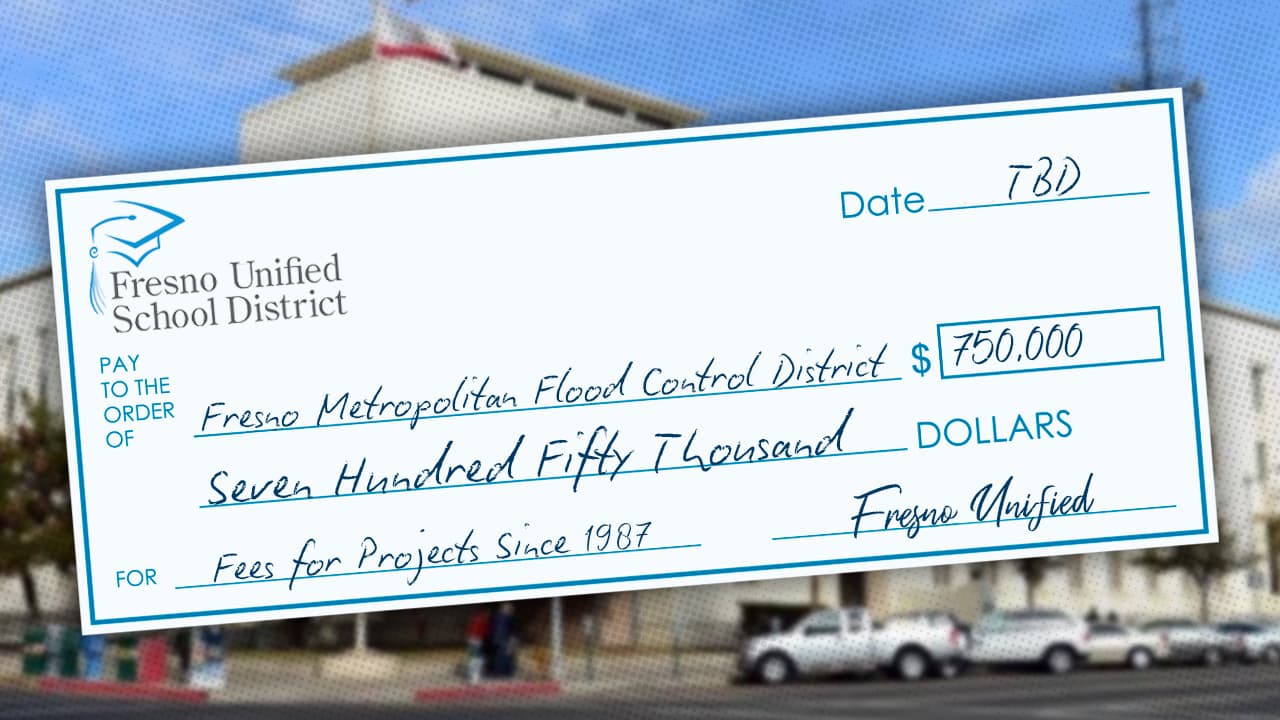 Fresno Unified School District and the Fresno Metropolitan Flood Control District have reached a tentative agreement that would require the school district to pay drainage fees for upcoming school improvement projects as well as some built as far back as 1987.

Listen to this article:
The Fresno Unified board of trustees will consider the master agreement, which includes a list of “catch-up” fees totaling $750,253 for more than 200 older drainage projects, at Wednesday’s board meeting. The meeting starts at 5:45 p.m. and will be at 2309 Tulare St. in the second-floor board room.
Under the agreement, fees for earlier projects at school sites will be collected only when new projects are proposed for the same sites, and will depend on a sliding scale.
Superintendent Bob Nelson recommends that trustees approve the agreement.

Fees To Be Paid Gradually

For projects valued at less than $5,000, the entire catch-up fee would be due. For projects valued at $5,000 to $250,000, there would be a 25% surcharge for the earlier unpaid fees, compared to 50% for projects ranging from $250,000 to $500,000, and 100% for projects costing $500,000 or higher. However, the surcharge would be limited to 2% of the new project’s total construction cost.
Funds for the new project would cover the surcharge.
An attachment to the master agreement contains a list of schools owing surcharges and the dates the projects were built. Fresno High owes the most — $91,000 for projects in 2010, 2013, and 2018. A district report notes that high school projects generally have larger amounts of fees owed.

“It probably wouldn’t look on our part as an agency to start disconnecting or plugging off a school site that has kids on their site.” — Alan Hofmann, general manager of the Fresno Metropolitan Flood Control District 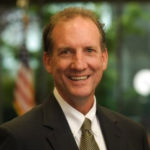 The school district stopped paying drainage fees in 1978 after the passage of Proposition 13. Districts argued that as tax-exempt organizations, they were not required to pay drainage fees, said Alan Hoffman, general manager of the Fresno Metropolitan Flood Control District.
The fees, or “capacity charges,” are used by the flood control district to expand or improve drainage facilities.
But the so-called San Marcos legislation in 1988 allowed flood control district to impose the charges, provided an agreement was adopted. The Fresno Unified agenda report noted that the flood control district “did not immediately seek such an agreement for those payments.”
Hofmann acknowledged that the flood control agency could have been more aggressive in trying to collect past-due drainage fees.
“We’ve on more than one occasion asked them to pay the drainage fees on campuses,” he said. “They’ve done pretty well on new campuses, because of the CEQA (California Environmental Quality Act) requirements, and our ability to have them do that as part of the mitigation for the runoff. … But even some of the new campuses, it somehow just got missed.
“It’s partly our fault in not really pursuing and being diligent to make them pay. We recognize the school district has a lot of other priorities for their money, and unfortunately storm drainage is probably not one that’s high on their list.”

The flood control board felt constrained against taking stronger steps against the district, Hofmann said.
“Let’s just say it probably wouldn’t look on our part as an agency to start disconnecting or plugging off a school site that has kids on their site,” he said. “While staff has put a lot of pressure on the district to come to the table, I think my board has also said in a way, we have to really watch it, because it certainly isn’t good for the community if we as an agency start saying, ‘Sorry, you get no drainage service from our agency.’ ”
The flood control district amped up efforts to collect drainage fees from Fresno Unified after district staffers noticed the district was making “a huge improvement” to Bullard High School in 2012 or 2013, in the wake of a bond measure for school improvements, Hofmann said. There was no mechanism in place for the flood control district to learn about school district projects, which go through the State Architect’s Office for approval, he said.
Fresno Unified voters approved Measure Q in November 2010.


Fresno Metropolitan Flood Control District is trying to hammer out a similar agreement with Clovis Unified to pay drainage fees for projects new and old.

Agency Collected Fees For Other Projects

Projects that are reviewed by the cities of Fresno or Clovis or by Fresno County, by contrast, include an entitlement process that funnels drainage fees to the flood control district, Hofmann said.
And Fresno is not the only school district that’s in arrears to the agency, Hofmann said. The district is trying to hammer out a similar agreement with Clovis Unified to pay drainage fees for projects new and old, he said.
The Fresno Metropolitan Flood Control District took over the Clovis Drainage District in the mid-1990s, Hofmann said.
He could not say how much Clovis owes.
Officials from Fresno Unified and Clovis Unified could not be reached for comment Tuesday.